An outbreak of the Delta variant of COVID-19 in Waterloo Region is a warning about the continuing danger of pockets of unvaccinated people, even as Canada marked a vaccination milestone of 75 per cent of eligible residents receiving one dose and 20 per cent being fully inoculated.

The Region of Waterloo in southwestern Ontario reported the highest number of daily cases in the province for the third time in a week on Sunday. Waterloo Region Medical Officer of Health Dr. Hsiu-Li Wang said the more contagious Delta variant, which was first identified in India, is now the most dominant strain in the region, which has a total population of 600,000 and includes the cities of Kitchener, Waterloo and Cambridge. While the surge in cases was initially connected to a homeless shelter, it has quickly spread to the broader community.

“What’s happening here could happen anywhere,” Dr. Wang said in an online briefing on Friday, nine days after the province identified Waterloo Region as a hot spot for the Delta variant.

Meanwhile, the Public Health Agency of Canada on Saturday reached a goal of having 75 per cent of eligible Canadians with at least one dose of a COVID-19 vaccine. On the same day, Dr. Theresa Tam, the Chief Public Health Officer of Canada, reported that active cases are down by 84 per cent around the country since the peak of the third wave, and the latest seven-day average of deaths declined by 36 per cent from the week prior.

The threat of variants, however, continues to loom. On Sunday, Waterloo Region announced its first COVID-related death of a fully vaccinated resident, a woman in her 90s, amid an outbreak that has so far infected nine people at the Village at Winston Park, a retirement community in Kitchener. On the same day, a new outbreak was declared at an unnamed child-care centre in the area.

Waterloo Region has so far reported 762 cases of the Delta variant, including 31 of Sunday’s 35 new cases.

Epidemiologist Dr. Caroline Colijn said that the rate of transmission of the Delta variant will likely increase as provinces continue to reopen.

She said Canada must push now to vaccinate its entire population at least once. Federal modelling completed in the spring suggested that if 75 per cent of eligible Canadians had at least one dose of a COVID-19 vaccine, and 20 per cent had two, provinces could safely begin easing restrictions on public movement without overwhelming hospitals again.

“We should not give up at 75 per cent ... and then focus on second doses,” Dr. Colijn said. “We’d still have 25 per cent of Canadians not protected at all.”

She said a British study that found a single dose of the Pfizer vaccine to be just 33-per-cent effective against the Delta variant could compel policy makers to direct available vaccines to individuals who need second doses, instead of prioritizing first doses. Yet she said the study could be misleading, because participants were only observed for a short window of 21 to 28 days after their first dose, perhaps not giving them enough time to build immunity.

Meanwhile, a preprint paper from the University of British Columbia showed that a single dose of an mRNA vaccine (such as Pfizer and Moderna) reduced the risk of SARS-CoV-2, the virus that causes COVID-19, by two-thirds in adults 70 years and older who waited up to 16 weeks between doses.

“In Canada we have mostly a singly vaccinated population. We have reopened considerably and had a huge ongoing decline in cases,” Dr. Colijn said. “I think we should focus on making sure vaccination is available to absolutely everybody who wants it.”

Waterloo Region’s percentage of individuals fully vaccinated is 15.9 per cent, which trails the provincial and national rates. Almost 74 per cent of people in the region have received one dose.

Shirley Hilton, deputy chief of the Waterloo Regional Police Service who helped spearhead the vaccine rollout plan in the region, said on Friday that the strategy to prevent Delta spread is to increase second-dose coverage. She said the province had committed to bringing more Pfizer and Moderna vaccines to the area, which will enable some local clinics to administer an extra 1,000 doses a day.

Ms. Hilton said the province will also send mobile teams for pop-up vaccination sites in the region next week. The homeless shelters in the area have been hit especially hard; the largest outbreak in the area, which by Friday was connected to 100 cases, originated in Kitchener and Waterloo shelters earlier this month.

Recent Delta cases, however, are predominantly traced to instances of close contact throughout the community, according to regional public-health data. On Friday, Dr. Wang warned residents that not maintaining physical distancing or not masking diligently could cause the region to stay behind as Ontario enters the next step of its reopening plan. This includes further expanding outdoor activities and resuming limited indoor services with small numbers of people. 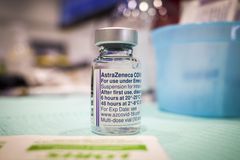 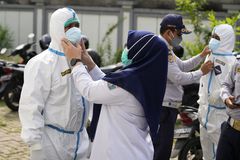 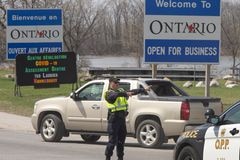