The pandemic has created a whole new vocabulary, one that is ever-changing, and not always easy to follow.

Way back in December, 2019, we started out with a novel coronavirus. Not long after it got the unwieldy moniker severe acute respiratory syndrome coronavirus 2, or SARS-CoV-2 for short.

Then, for the sake of convenience, we just started calling the virus and the disease it causes by the same name: COVID-19. Which, by the way, is an abbreviation for coronavirus disease of 2019.

As our virus knowledge became more sophisticated, so did our language. It also became a mouthful. The B.1.1.7, B.1.351 and B.1.617 variants, became, mercifully, Alpha, Beta and Delta respectively.

(And, if you’re wondering, these changes come about through consensus of scientists, generally led by the World Health Organization.)

When vaccines were created, we distinguished them by their manufacturers’ names: the Pfizer vaccine, the Moderna vaccine, and so on.

But now the vaccines have brand names. Brace yourself because these are some tongue-twisters: Comirnaty is the new name for the Pfizer-BioNTech vaccine; SpikeVax is the name chosen by Moderna; Vaxzevria is the product name AstraZeneca has adopted.

Thursday, in a pretty standard bureaucratic announcement, Health Canada said it had officially approved the use of these names.

For some puzzling reason, this sent a lot of people into a tizzy, especially on social media. Mind you, cyberspace is a place where dramatic overreactions are standard fare.

The attacks on Health Canada began almost immediately, as if the entire COVID-19 response was being abandoned become some low-level lackey produced a couple of tweets.

The only thing that the public needs to retain from this announcement is that it’s largely irrelevant.

The vaccines are exactly the same. The only thing that will change is the packaging – and the public generally doesn’t even see that.

The timing is not exactly conspiratorial either.

The European Medicines Agency approved the use of brand names in the spring. The U.S. Food and Drug Administration recently gave formal approval to the Pfizer COVID-19 vaccine – it had previously been granted only emergency use authorization – and then use of brand names was permitted.

On Thursday, Health Canada also flipped its interim approval into full approval and, again, that allowed companies to use brand names.

There is absolutely no reason for Health Canada to not rubber stamp this change, and even less reason for people to get worked up about it.

Companies have the right to name their products and, especially when competing products are largely indistinguishable, branding is important. It’s also standard practice.

We don’t call Viagra the Pfizer erectile dysfunction drug, and we don’t call Cialis the Eli Lilly ED drug. The names matter, especially when drugs are advertised, as they are heavily in the United States. Nor do we pay too much attention to the fact that drugs also have generic names, sildenafil for Viagra and tadalafil for Cialis.

COVID-19 vaccines are here to stay for a long while yet. Companies are competing fiercely to distinguish themselves from the competition, with consumers and governments.

Much of the social-media chatter revolves around the belief that some of the brand names of these vaccine are a tad ridiculous.

Comirnaty – pronounced koh-MIHR-nuh-tee – is the most easily and fiercely ridiculed.

According the pharmaceutical industry newsletter Fierce Pharma, the name uses the prefix “co-” to represent community; “mirna” stands for mRNA; and the “-ty” as a nod toward the end of both “community” and “immunity.”

Clearly someone was overthinking this, and when that happens you end up with a brand name that sounds like one of Elon Musk’s children.

Not that the other manufacturers have done much better.

SpikeVax sounds like a weed killer or, if we’re being generous, a cartoon superhero. But at least Moderna’s references are simply self-evident: This is a vaccine that targets the spike protein.

But, again, it doesn’t matter a whit.

What matters is that people get vaccinated. Whether the shot is called “Pfizer vaccine” or “Comirnaty,” it will ensure that you have a lesser chance of being infected with, getting or dying of COVID-19.

The name on the box is immaterial. 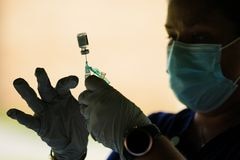 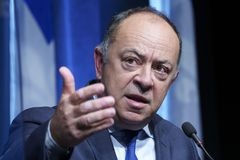 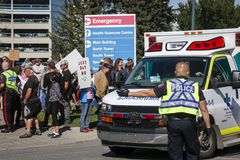 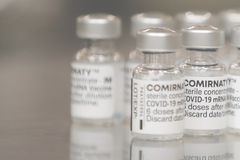