This is what Danilo Castro, 57, remembers saying to his wife and two adult daughters over Zoom while, in his Toronto hospital room, doctors prepared to induce a coma and slide an oxygen-feeding tube down his throat – his best hope at surviving the virus that was destroying his lungs.

This is really happening, he thought through wheezing breaths, willing himself to stay calm, to sound positive for his anxious family. “This is my only chance,” he said. “I love you. Everything will be okay.”

Gina Castro stared at her husband’s weary face on the screen. “When they put in the needle to put you to sleep, you think about us, about being strong and God being with you,” she told him. “You are my champion. You are going to make it.”

Quickly now, before it’s too late: What would you say to the people you love if you knew those words might be your last? What message would you leave having learned that, within minutes, you will be put into a coma from which you may not wake? What do you say in a noisy room full of machines and strangers, with a phone to your ear, or an iPad held close, when you’re facing death and just trying to breathe?

This will be one of the defining scenes of the third wave: Canadians, healthy one day, suffocating from COVID-19 the next, trying to say goodbye-but-not-goodbye to their families on screens held by exhausted nurses and doctors pretending not to listen. It’s not how it usually happens: In regular times, people facing a terminal illness have the space to craft their final words. Or they are rushed by ambulance to hospital, the victims of car crashes and accidents, and words are not possible. But the course of COVID-19 often leaves a small window for one last conversation.

Al Macintyre, a veteran police officer, describes learning he had to be intubated as one of the most frightening moments of his life – worse than the few times he was shot at during his long career. It’s the helplessness of your condition, he says, “the bullet you can’t dodge.” His memory is foggy, but he recalls leaving the COVID-19 floor for the intensive-care unit at the Vancouver General Hospital and saying “I love you” to his wife, Sylvia Macintyre, who was in the room with him, also struggling with symptoms of COVID-19.

“He looked really scared,” Ms. Macintyre says, which was so out of character. All she could do was say “I love you” back to him.

Doctors tell other stories. In Edmonton, last month, a young father asked to call his boss after learning he needed to be intubated; he wanted to explain why he wouldn’t be at work and to protect his job, the very place where he likely became infected. In Calgary, a middle-aged woman needed to be intubated quickly; her family remained on Zoom, talking to her, hoping their voices would soothe her.

Gabriel Fabreau, an emergency department doctor in Calgary, breaks down while describing the many conversations he hears: People are in shock, expressing love and hope in a rush of words. “Or they are just crying on FaceTime,” he says, “and the oxygen tank is making so much noise it’s hard to hear, and you just feel useless.”

Patients also slip too fast, and the call has to come from a front-line worker afterward, when the loved one has been suddenly taken to the ICU. “Nobody deserves that phone call,” says Jenna Powell, a social worker in the emergency department at Calgary’s Foothills Medical Centre. She recently had to make such a call, urging a family member to come as quickly as they could. Just an hour earlier, the patient had been stable. Now the prognosis was grim. “It was devastating for him. They had their life. How does that change in an hour?”

Being intubated to be put on a ventilator is a last-ditch intervention for the very sick. It means that other measures to slow the virus have failed and the patient’s oxygen levels have fallen too low, or they are simply too tired to try to keep breathing on their own.

The Macintyres were lucky: They are both home now, and Mr. Macintyre is slowly recovering from the damage the virus did to his lungs. A recent Ontario study found that among COVID-19 patients admitted to ICU between March and September, 2020, 60 per cent needed mechanical ventilation, which requires intubation – among them, roughly 40 per cent died. The mortality rate varies by age and has decreased over time, but even for a middle-age man such as Danilo Castro the outcome is uncertain.

On the morning of March 1, Ms. Castro ordered Danilo to stay alive for her birthday, and for their youngest daughter’s approaching graduation from Berkeley in May. It’s just for two weeks, he said, quoting his doctor’s best guess.

But two weeks later, Mr. Castro was still in a coma. His wife organized Zoom calls to his room, so he could hear family and friends praying for him. She visited whenever she was allowed, on the chance he might be able to hear her voice and feel her touch. She refused to consider taking him off life support: Her “campeon” was going to come back to her.

And then, on Good Friday, Mr. Castro could breathe well enough to come off the ventilator. After recovering in hospital, he was finally discharged home three weeks ago, although he is still on oxygen, and struggles to speak without coughing. He remembers sensing his wife’s loving presence even while under sedation – her care, he believes, saved his life. 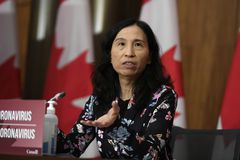 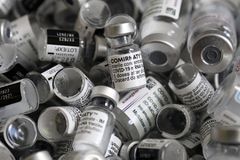 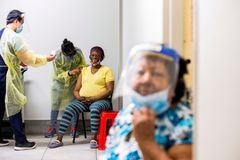