The world’s newest and northernmost Islamic-inspired garden has been sculpted out of Alberta’s rugged countryside on a tract of land 15 minutes northwest of the Edmonton airport.

The Aga Khan Garden, funded by a $25-million donation from the philanthropist and spiritual leader of the world’s Shia Ismaili Muslims, opens Canada Day weekend on the grounds of the University of Alberta Botanic Garden.

The Aga Khan chose the site in 2009 when he came to Edmonton to deliver the university’s convocation address. It is just the second garden of its kind in North America, and is larger than the one that opened in Toronto in 2015.

Design elements were drawn from Persian gardens established in the 16th century and Islamic architectural treasures, including the Taj Mahal, Humayun’s Tomb and the Red Fort in India and Al-Azhar Park in Egypt. The 12-acre plot is not intended to be a religious space but a place for people to learn about one another with nature as a unifying feature.

“It is a huge opportunity to draw a distinction between the culture of Islam and the religion,” says Lee Foote, director of the University of Alberta Botanic Garden. “It is a showcase for architecture and cultural meaning. Those with deep faith will see in it the work of their creator. In others, awe will be inspired by the architecture or the wonder of nature.”

The project was planned and designed over eight years by a U.S.-based landscape architecture firm that dispatched employees to study historical sites around the globe. They saturated themselves in Islamic landscapes and consulted with scholars to understand the underlying themes. Medieval Islamic gardens are known for their use of geometric lines and terraces to tame uneven terrain. Water is a primary component and is often displayed in a variety of ways.

“We don’t do projects like this all the time,” says Breck Gastinger, who worked with the principal architect, Thomas Woltz. “It was remarkable in terms of the high aspirations and what the Aga Khan wanted the University of Alberta to gain. It made the whole thing challenging and pretty unique.”

Eighteen months of construction ended last week. The public will be able to enter the gardens for the first time on June 29. A formal grand opening will be held in 2019.

The university sees the Aga Khan Garden as a catalyst toward better understanding and a boon to tourism. It believes it could attract 90,000 more visitors a year to its botanic site. Without it, the 240-acre parcel, which houses a research centre and alpine, Indigenous and Japanese gardens, has attracted about 70,000 visitors annually.

“This is an evolutionary moment in the [botanic] garden’s history,” says Kerry Mulholland, the communications and marketing co-ordinator for the University of Alberta Botanic Garden.

Edmonton’s Islamic garden is the 11th financed by the Aga Khan. He has enjoyed long friendships with Canada. He was made an honorary citizen in 2010, was invited to address Parliament in 2014, and opened the Global Centre for Pluralism in Ottawa last year. He has also been awarded an honorary law degree by the University of Alberta.

Despite its harsh winter climate, he chose Edmonton as the garden site because of the city’s sizable Muslim community and its historical significance: It was home to Canada’s first mosque, built in 1938 by early Arab Muslim immigrants.

The history of Muslims in Canada can be traced back at least 125 years. Many landed on the East Coast at a young age and gradually migrated to Manitoba and Saskatchewan and other parts west. Once in Alberta, some forged a living as peddlers and storekeepers, while others became fur traders, cattlemen and hotel operators with business dealings that stretched into the Northwest Territories.

Fearing they would lose their culture and religion in their adopted country, the newcomers built the first mosque at a cost of $4,850 on a piece of donated land which is now about a kilometre from the downtown hockey rink that serves as the home of the NHL’s Oilers. The original structure has since been moved to a living history attraction called Fort Edmonton Park.

The Aga Khan inherited the role of Imam to the world’s 15 million Ismaili Muslims from his grandfather more than a half-century ago. Far more than a cleric, he is the founder of an international aid organization and oversees a network of agencies that pour vast amounts of money into charities and projects that support social development and education in oft-neglected parts of the world.

He is now 81, and announced this unremitting gift to the University of Alberta nearly a decade ago. His hope at the time was that it would be revered for its aesthetic value while at the same time be a setting for learning more about Muslim culture.

“It is Islam viewed through the medium of a garden,” Arif Karmali, a commercial developer and a member of Edmonton’s Ismaili community, says during a weekday walk-through. There are a little over one million Muslims in Canada, and among them are an estimated 90,000 Ismailis. “No matter where you come from, you can appreciate the beauty of nature.”

Carved out of the forest, the Aga Khan Garden sits at the edge of a pond flanked by orchards where apples, apricots, cherries, pears and plums flourish. Seeds from fruit trees and plants in the wetlands will be gathered to provide stock for reclamation and remediation projects caused by mining in the oil sands.

“We are not just a pretty face,” Ms. Mulholland says. “Serious work is done here.”

More than 20,000 annuals and perennials, 10,000 plants, 3,000 shrubs and 500 trees were planted in the last year as part of the project. They were chosen for their colour, fragrance, texture and toughness.

“They have to be able to survive,” Ms. Mulholland says. “You can’t grow figs and pomegranates here.”

Mr. Gastinger says the design team relied on the advice of experts when it came to deciding on the array of plant species. The botanical garden was founded as a unit within the university’s faculty of agriculture in 1959 and has been the site of much research. There is a massive greenhouse on the property, a tropical showcase, herbs and sensory gardens.

“They know what works and what doesn’t,” Mr. Gastinger says.

Canadian stone was used as much as possible during construction. The majority of paving stones were fashioned from granite quarried in Quebec. Patterns were created by using similar stones with different finishes. The columns on an upper terrace, which offers magnificent views of the gardens below, were rendered out of Portuguese limestone, which was selected for its character and lighter complexion.

There are 20 stone columns, each 18 feet tall, topped by a colourful canvas. It is a visage that evokes an impression of a rising ancient ruin.

“There is no architecture like this anywhere in Alberta,” says Paul Swanson, the assistant communications co-ordinator for the botanic garden. “I don’t think there is anything near as ornate as this.”

Members of the local Muslim community have been recruited as docents and will offer visitors free interpretive tours.

A garden tour starts with a walk through the woods along a meandering path beneath a canopy of trees. The sky and forest reflect off a pool of water.

There are stepped terraces intersected by irrigation channels and pathways, fountains that produce a bare trickle and one cascading waterfall. There are sunken gardens full of purple and white irises, crimson and white petunias and Asiatic lilies. Life-sized frogs, salamanders and toads cast in bronze perch around the edge of a man-made stream, and steel replicas of walleye and sturgeon rest motionless in the shallows. A sweet fragrance emanates from creamy white roses, and the smell of mulch fills the air.

Bees go about the business of pollinating, butterflies flit around like kites steered in the breeze. Dragonflies zip over the pond where orchards are planted on both sides. A sandpiper returns to a nest hidden by a cover of flowers.

There will be tulips in next spring and a two-storey pavilion adjacent to the garden’s central courtyard is scheduled to open next year. There is space for music programs, lectures receptions and movie nights in an amphitheatre created from a natural earthen bowl. Mr. Karmali says local Muslims hope it can be used to lure Muslim entertainers that have previously skipped over Edmonton while travelling between gigs in Toronto and Vancouver.

The Aga Khan envisioned all of this during that visit to the botanic gardens so many years ago. He liked the site so much that he scrapped plans to build the garden elsewhere.

“Our hope is that this will help us break down barriers,” Mr. Karmali says. “Islam is not just what people read about in the news. There is so much depth to it. We hope people visit and start to inquire.

“This isn’t political and it isn’t religious. It is just a garden. A beautiful garden.”

On Sunday, a picnic was arranged at the Aga Khan Garden as a thank you to the contractors that have worked on the project. Masons and other labourers, a lunch-box crowd, basked in the beauty around them.

“It is one thing to see the place empty and another thing to see people discovering it and enjoying it,” Mr. Gastinger says. “It was pretty remarkable.”

Winnipeg’s biodome garden looks to make a tropical splash in a city defined by winter
May 23, 2018 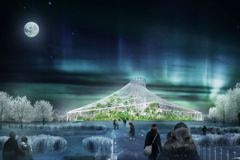 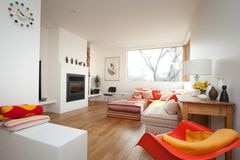 After a 700-year slumber, a secret attic filled with treasures at London’s Westminster Abbey opens to the public
June 11, 2018 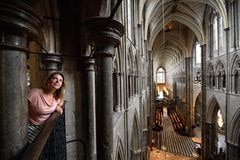