Françoise Baylis is a reputed bioethicist, policy-making expert and member of the Order of Canada who recently completed a 14-year tenure as a top-tier federal research chair in her field.

But her academic success was threatened 15 years ago when she took a risk that could have ended her career: raising ethical concerns about the work of at least two scientists during a stem-cell research project. Today, she still feels the professional consequences of lodging the allegations.

“If I had been a scientist, I think there would be no lab willing to hire me because I would be seen as a traitor ... and in fact, were it not that I’m not a scientist, they would have destroyed my career," said Prof. Baylis, a research professor at Dalhousie University in Halifax.

Her case underscores how the world of science is unforgiving to whistle-blowers.

Investigation: Under the microscope: The research lab, the promising cancer breakthrough and the whistleblower who discovered fake data

In 2004, Prof. Baylis was a member of the Stem Cell Network, a team of federally funded and interdisciplinary researchers. She learned that at least two researchers were deriving stem-cell lines from fresh human embryos, despite the 2002 Canadian Institutes of Health Research (CIHR) guidelines stipulating that only excess embryos – those “no longer required" for reproduction – could be used for research.

Prof. Baylis, who helped to write the 2002 guidelines, flagged the breach to CIHR, the federal funding agency for medical research.

In her July, 2004, allegation letter to a CIHR ethics policy officer, reviewed by The Globe and Mail, Prof. Baylis said she believed “that these scientists may have acted in good faith and without the benefit of sound advice,” from the agency. She involved her colleagues, including the research network’s director, in the process and brought the complaint forward transparently and in an honourable way, she said.

She was met with resistance from those colleagues for putting her concerns in writing. But in a letter to the network’s director, she pushed back: “I simply cannot publicly hold others to a standard that I am unwilling to impose on myself, irrespective of the personal costs to me [of which I am confident there will be many].”

Among those consequences, Prof. Baylis voluntarily left the research network and declined a new grant she had won worth $195,000, according to documents she provided to The Globe.

The scientists who were the subjects of Prof. Baylis’s complaint were not sanctioned by CIHR for apparently violating the 2002 rules, she said. Instead, the agency changed its guidelines in 2005 to make them broader and accommodate fresh embryo use, spurring others in the research and medical communities to weigh in on the subsequent debate about the ethical implications of the new guidelines.​

Whistle-blowers in research are routinely “perceived as a threat” to institutions, Prof. Baylis said. She spoke to The Globe for its investigation, published Saturday, into misconduct allegations within a prestigious laboratory at the University of Toronto’s Mississauga campus.

In that case, a graduate student was discovered fabricating data related to cancer-drug discovery research in the lab, led by Prof. Patrick Gunning, in 2015, by a postdoctoral fellow who found untested samples in a refrigerator. The Globe granted former lab members confidentiality so they could speak freely about the incident, as they feared professional retaliation in academic circles.

The postdoctoral fellow who discovered the fabrication, and its consequences to the lab’s star research project on a cancer-fighting compound, detailed his findings in a letter to the chair of the department of chemical and physical sciences.

Heather Boon, vice-provost of faculty and academic life at the U of T, said in a statement Friday evening that “the allegations in the letter were fully included as part of the University’s Inquiry,” and found “these concerns and other allegations raised of research misconduct to be unjustified and no further investigation was recommended.”

In statements sent through his lawyer, Prof. Gunning said a different lab member was ultimately able to reproduce the experiment results, and that, “There is no fabricated data in circulation – period."

The stakes for blowing the whistle in academia are high.

Carl Elliott, an author and professor at the University of Minnesota Center for Bioethics, said escalating a complaint to an external body is often viewed by colleagues as an act of betrayal and disloyalty.

“A lot of the hope of institutions who try to root out dissent, is the hope that the dissenter can be made so miserable that they’ll leave voluntarily. And very often, that works,” said Prof. Elliott, who is currently writing a book about whistle-blowing in research on human subjects.

As a bioethicist, Prof. Baylis’s work intersects with that of her peers in science, who she claims have "done everything within their power to make sure that I’m isolated from that community.”

She lodged her allegations more than 15 years ago, and still, to this day, she is not invited to participate in certain grants. Monthly newsletters in the genetics and genomics community that routinely highlight the work of others leave hers out, she said, and there was no mention of her recent appointment to a World Health Organization committee to establish global standards for human genome editing. Prof. Baylis is the only Canadian on the 18-member expert panel.

“There’s this effort to sort of squash or erase the person, because you don’t want to give them any credit. If they actually grow in terms of their reputation ... the things that they say carry more weight,” she said. “There is also an ethos of secrecy.”

Power dynamics within academic labs can also deter members from reporting their colleagues.

Jeffrey Flier, a professor and former dean of Harvard University medical school who has dealt with high-profile research integrity cases in his career, said the “power differential” between the professor and their researchers – whether undergraduate students or senior postdocs – can be a disincentive to flagging problems to the institution.

“Some professors and faculty, they would enhance their view of a trainee who was able to spot a problem and point it out,” Prof. Flier said. “At least they would know that without that student, they’d be associated with something that would be a problem for their reputation. ... Some people would just rather it didn’t come out.” 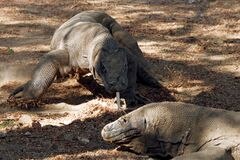 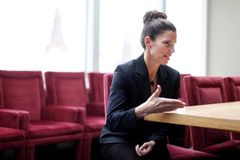