A Manitoba artist says she’s quitting her day job after Whoopi Goldberg wore her beadwork to spotlight missing and murdered Indigenous women on “The View.”

Mish Daniels, a member of Sagkeeng First Nation, has been beading since she was 13, but said she considered the craft a hobby until she got a boost from the American actress and comedian.

A longtime fan of the daytime talk show, Daniels said she tuned into “The View” while tending to her sick niece and nephew earlier this week. When Daniels saw her handmade pendant hanging around Goldberg’s neck, she said the living room erupted in screams as she jumped up and down through tears.

“I kind of scared the kids, so I had to tell them, ‘No, no, auntie’s crying good tears,’ ” Daniels said by phone from Selkirk, Man.

“I was shaking for about an hour after that. Even today, every time I see it, I get verklempt.”

Goldberg told viewers Tuesday that the red jingle dress medallion commemorates the murders and disappearances of Indigenous women along what’s known as the Highway of Tears in B.C.

“Women need to come together and say none of us should be (going) missing,” Goldberg said. “This is my plea: Find out more about this. Because if they can take one of us, they can take any of us.”

Connie Greyeyes, an activist based in Fort St. John, B.C., who ordered the necklace from Daniels, said the jewellery’s journey to the small screen began with a “chance encounter” at a Vancouver hotel last week.

Greyeyes said a friend recognized Goldberg and cajoled her into asking for a photo, and the Oscar winner obliged.

She said Goldberg mentioned she had been trying to track down the source of a smell in the building, which Greyeyes suggested was likely sage from a smudging ceremony at the conference they were attending on Indigenous gender-based analysis.

Greyeyes said Goldberg decided to join them and sit in on a ceremony, quietly listening to creation stories and praying.

She told Goldberg about her work advocating for the families of missing and murdered Indigenous women, and said Goldberg was shocked the issue wasn’t receiving more attention.

Greyeyes said she’d been taught to give a gift when such an opportunity arises. She took off her necklace, explained its significance, and told Goldberg she wanted her to have it.

“I put it around her neck and she tucked it in her shirt and said, ‘I’ll always wear this and I’ll keep it close to me.’ ”

When her friend texted her to turn on “The View,” Greyeyes saw that Goldberg kept her word.

“Never in a million years did I think that offering somebody a gift like that would cause millions of people to hear about missing and murdered Indigenous women and girls in Canada and the United States,” Greyeyes said.

“It’s those chance encounters and just once-in-a-lifetime opportunities that happened. I feel so blessed about it all.”

Daniels said the international attention gave her the push she needed to leave behind her job in car sales to pursue beadwork full-time.

She said she’s received roughly 1,500 commissions this week from customers ranging from a member of the House of Commons to Indigenous elders in New Zealand.

Daniels said she has no idea how she’ll fill the flood of orders, but she has a sense of where she’ll start.

“I’m getting so many requests from people all over North America who currently have missing and murdered loved ones, and they want me to do one in memory and honour of them,” she said.

“(Those are) the ones that hit my heart.” 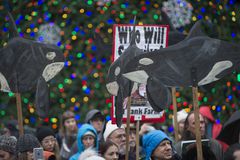 Newfoundland First Nation to study genetic links with ancient Beothuk
December 17, 2019
Report an error
Due to technical reasons, we have temporarily removed commenting from our articles. We hope to have this fixed soon. Thank you for your patience. If you are looking to give feedback on our new site, please send it along to feedback@globeandmail.com. If you want to write a letter to the editor, please forward to letters@globeandmail.com.
Comments