Whether you fear for your life or shrug in indifference, your reaction to the new coronavirus may depend on your natural tendency toward anxiety, sensitivity to fear and willingness to eat chocolate shaped like dog poop.

Researchers who study our response to fear and disgust suggest these factors may play a role in whether, and to what extent, individuals take precautions against the virus that causes COVID-19.

As it spreads around the world, the virus has thrown into relief the variability in how people react when faced with the same threat. While some have stocked up on face masks and hand sanitizers and have cancelled all travel plans, others regard the virus with little more concern than a common cold.

Part of what makes the virus different from other more predictable threats, such as a menacing animal or a steep fall, is that we have no surefire way of avoiding it or anticipating the outcome.

When facing unpredictable threats, Dr. Pauli suggests some people may have a certain trait that keeps them in a heightened state of vigilance, while others do not.

At Cornell University, David Pizarro, an associate professor of psychology, says our behavioural defences against infectious illnesses are tied to our sensitivity to fear and disgust.

Disgust, he explains, is thought to have evolved as a way to protect us from contamination.

At an individual level, he says, some people are far more grossed out than others at the thought of having someone sneeze on them, of walking into a public washroom to find a toilet unflushed, or, as University of Pennsylvania psychologist Paul Rozin famously discovered in the 1980s, of eating chocolate that resembled dog poop. (He notes children typically do not seem to develop a sensitivity to disgust until they reach school-age.)

At a cultural level, Dr. Pizarro and his colleagues have found survey respondents from countries with historically higher threats of infectious disease tend to be more wary of outsiders, believe old ways are better and are more conservative about their sexual practices, whereas cultures in parts of the world where disease was less of a threat tend to be more open.

Because disease often comes from contact with others, including people you don’t know, those wary of strangers may be even more so during an outbreak, he says.

Differences in how we respond to threats may also be seen in our brain circuitry, says Lilianne Mujica-Parodi, director of the laboratory for computational neurodiagnostics at Stony Brook University’s Renaissance School of Medicine in New York.

Dr. Mujica-Parodi says she and her team have worked with the U.S. military to seek a better way to screen navy seals and assess how candidates respond in high-stakes situations.

“You might think that the ideal navy seal is the one that doesn’t feel fear,” she says. “Really, what we want is someone, ideally, who does experience fear, but isn’t paralyzed by it.”

This “sweet spot” between complacency and panic echoes the message often repeated by public-health officials about the new coronavirus: that the public should take precautions but not panic.

There are two key brain circuits involved in threat detection that may determine where people lie on a spectrum from anxious to reckless, she says. The first circuit involves an excitatory pathway that goes directly to the amygdala and an inhibitory pathway that goes through the prefrontal cortex, she says. A second circuit seems to tackle the job of assessing the amount of information that is available.

In people who are anxious, the brain’s behaviour seems to get stuck in this second loop, where they want more and more information, Dr. Mujica-Parodi says.

In reckless individuals, the researchers found that a part of the brain involved in assessing whether there is enough information, called the inferior frontal gyrus, was atrophied. Thus, their brain signals did not trigger information-seeking behaviour, she says.

The spread of information and misinformation about the coronavirus on social media may feed the fears of those on the anxious end of the spectrum, she says.

“What happens is they get caught in this information-seeking behaviour where no amount of information is enough to get them to calm down and to essentially get out of that loop,” she says.

It’s a good idea to stick to a trusted source for information about the virus, she says. For her, that is the U.S. Centers for Disease Control and Prevention.

But managing individuals on the reckless end of the spectrum may be trickier.

“It is possible to strengthen certain cognitive functions by exercising them and training them,” she says, but whether anything can be done to encourage those who tend to be on the reckless side to take precautions, “the honest answer is I don’t know.” 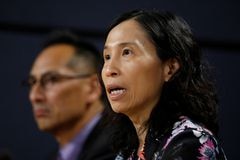 How a Toronto hospital is staying ahead of public health officials in the coronavirus fight
March 11, 2020 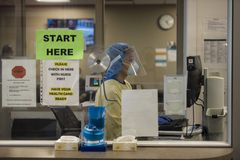