Even before their roof caved in on Wednesday, Justin Trudeau’s Liberals were running a campaign that seemed weirdly incongruous with their electoral imperatives.

Senior members of their party had talked, in the run-up, about needing to light a fire under progressive voters who propelled them to majority government in 2015. That included younger voters who typically have low turnout rates, but were inspired to come out in droves when Mr. Trudeau seemed to usher in generational change.

Then the race began, and the Liberals’ campaign revolved mostly around highlighting past behaviour by Conservative candidates to paint the other leading party as a band of racists, homophobes and anti-abortion zealots. It may have been effective in rallying some Liberal voters. But in the absence of an ambitious overarching message, it also risked a politics-as-usual feel that can incentivize non-habitual voters to tune out.

Now, the campaign for the Oct. 21 vote has at least become impossible to ignore. Nothing focuses attention domestically like Mr. Trudeau’s penchant for blackface suddenly becoming one of the world’s biggest stories.

But if the Liberals weren’t doing much to help themselves beforehand with Canadians who aren’t usually drawn to partisan politics but were willing to give Mr. Trudeau a shot, they now must fear those people being actively repelled.

It’s not that those are the only (would-be) voters the Liberals have cause to worry about. Although it’s unlikely that erstwhile Liberal supporters who believe Mr. Trudeau’s behaviour was unforgivably racist will flock toward a Conservative party with the various controversies the Liberals have highlighted, the Tories could see some migration from voters who have concluded Mr. Trudeau is unserious.

A bigger concern for the Liberals comes from their left: There are usually more voters who swing between them and the NDP, and Leader Jagmeet Singh – already having some good moments on the campaign trail before this controversy hit – is uniquely positioned among federal leaders to speak about experiencing racism.

But there is a tendency for campaign narratives to overlook that many of the most pivotal members of the electorate are those choosing not between parties but between voting and not voting.

That was proven last election, when nearly three million more people voted than in the previous one, in 2011. The increase was driven heavily by younger voters, with turnout jumping to an estimated 57 per cent from 39 per cent among 18- to 24-year-olds, and to 57 per cent from 45 per cent among 25- to 34-year-olds. Even more than the collapse of the NDP’s vote, that might have been the single biggest factor in the Liberals’ vote total jumping 4.2 million between those elections, and the Conservatives losing government despite only marginal vote decline.

There is no shortage of organizational effort to replicate that turnout this campaign, from the Liberals’ army of canvassers, and from various left-of-centre groups trying to pull votes on campuses and elsewhere – not specifically for any one party, but potentially to the Liberals’ net benefit wherever they are up against Conservatives.

But there is only so far that on-the-ground outreach can go, absent a motivating message. Merely stopping Conservative Leader Andrew Scheer, a fairly obscure figure to those far from the political bubble, was a pretty flat one from the outset.

Stopping him in favour of a leader mocked as a phony – a supposed exemplar of modern male sensitivity who turns out to have repeatedly paraded around in racist makeup – is another story, especially with younger voters less likely than older ones to buy that times have changed and Mr. Trudeau didn’t know better.

A best-case scenario for the Liberals might be that less-engaged voters attribute the blackface uproar to typical political mudslinging, and lament that the election isn’t about their more immediate concerns. But that might only increase the chances of them checking out.

The obvious way to try to avoid that, for Mr. Trudeau, is to start talking about issues big enough to convince would-be supporters there is too much at stake to stay home (or cast protest votes for someone else).

There are already signs of the Liberals shifting that way: Mr. Trudeau’s promise on Friday of new gun bans was the grabbiest policy proposal he’s made in the campaign so far. And the coming week’s youth climate strikes will present him an opportunity to speak ambitiously about Canada’s role in a global crisis that may be the most galvanizing issue among younger voters, but about which he has been rather circumspect so far this campaign.

There will be some irony if the most humiliating controversy of his career spurs Mr. Trudeau to run a campaign that better connects with target voters.

But if the Liberals do belatedly set about trying to recreate the enthusiasm that got them to office, it will be more of an uphill battle than they could have imagined before the campaign’s first leg. 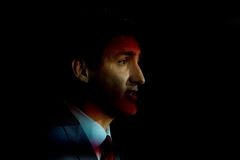 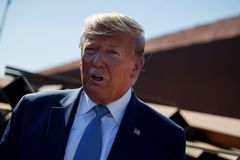 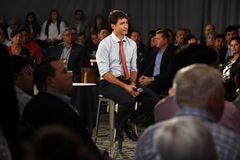