“It’s the highlight of their summer,” said Ms. Gordon, a parenting coach.

Camp has helped teach her kids resilience and independence, and it’s a place where they’ve been able to let loose and have fun – all things they could benefit from this summer considering the year we’ve had, Ms. Gordon said.

While kids may be eager to go, and parents eager to plan their summer, overnight camps across Canada still don’t know if they will be allowed to operate. That uncertainty poses staffing and other logistical challenges for camps. And if overnight camps cannot open this summer, just as they were not allowed to last year, with the exception of camps in New Brunswick, a majority of them may face bankruptcy by the end of the year, according to a survey conducted by the Canadian Camping Association.

The association has developed a set of COVID-19 guidelines, which includes measures such as limiting the number of campers per cabin and, for camps that transport campers, reducing the number of kids on buses and ferries in order to maintain physical distancing, Ms. Marutt said.

If the province does not allow overnight camps to operate this summer, a majority do not expect to be able to survive: 68 per cent of the association’s camps say they will likely have to file for bankruptcy by the end of the year.

Nationally, the picture is just as bleak. Sixty per cent of camps surveyed by the Canadian Camping Association said they will go bankrupt if they cannot operate this summer.

“If we only get the decision May 31 or the first week of June, camps can’t pivot at that point,” he said.

But hiring staff for this summer can be challenging.

“Last year, many of them held on for the job at camp and then didn’t have any job for the summer because camps were shut down,” he said.

The camp has not begun taking bookings for the summer yet because, as Mr. Good said, ”We’re not going to open registration only to have to hand back money again this year.”

Curtis Anderson, a pastor in Saskatoon who worked at Camp Kadesh in his youth, sent his nine-year-old son to the camp two years ago. He hopes to send his son and seven-year-old daughter this year.

“We’re hoping they can come up with a plan where kids can go to camp and everybody can still feel safe at the same time,” he said. “So much of childhood stuff has been taken away.”

Camp will help provide kids with a “return to normal,” said Jack Goodman, owner of Camp New Moon in Baysville, Ont., and leader of the Ontario Camps Association COVID-19 task force, which has been working with government and public-health officials to create guidelines for both day and overnight camps in the province.

The association is confident that its standards for member camps will create “a very safe, responsible environment,” he said.

Those standards include screening campers using questionnaires and cohorting.

“That way in the rare likelihood someone is detected to have COVID we can trace where that occurs within a relatively small group,” Mr. Goodman said.

The association has also asked the government to help support a universal testing program to test all campers and staff three to five days before they arrive and then again several days after their arrival to ensure equity among camps, Mr. Goodman said.

Ontario’s Ministry of Health said in a statement that the government recognizes the importance of camps (day and overnight) “to the development, physical and mental well-being as well as long-term resiliency of Ontario’s children and youth.”

It added that the province is consulting with public-health experts and local medical officers of health to determine if and when changes to the existing measures can be recommended.

In other words, overnight camps will have to wait and see.

“We’re all sitting on the edge of our seat,” Mr. Goodman said.

Amplify: My backyard rink is melting now, but all the work was worth it
March 12, 2021 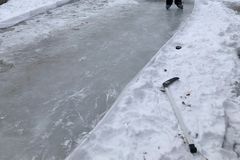 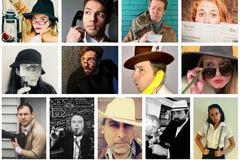 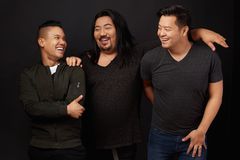