Scientists and clinicians studying the first COVID-19 vaccine to win approval in Canada, the United States and Britain say the high efficacy it has shown may come with a downside: It may be harder to find out how long the immunity it provides will endure.

The answer to that question – as well as whether the vaccine can reduce the transmission of COVID-19 to others – could have an enormous impact on the public immunization effort next year and will ultimately determine whether the pandemic can be wrestled to the ground over the long term.

Pfizer Inc. and BioNTech produced the vaccine, and Health Canada approved it last week. Regulators are nearing a decision on a similar vaccine by Moderna Inc., which on Thursday will be the subject at a public meeting of an advisory committee to the U.S. Food and Drug Administration.

Clinical trial data from both vaccines suggest they can immunize people from COVID-19 with about 95 per cent efficacy – a high enough rate that questions are now being raised about whether thousands of volunteers in the trials who received a placebo should now be offered the real vaccines for their own protection. In a typical trial design, these people form the control group against which the benefits of a vaccine can be measured. Those who participate would normally not be told whether they received a placebo until the end of the study.

Both trials have yielded enough data for regulators to determine if the vaccines meet standards for efficacy and safety, the crucial bar for approval. But the trials were set up to continue for two more years so that other vaccine properties, including duration of immunity and effectiveness at stopping asymptomatic spread of COVID-19, can be determined from the data.

This could prove impractical now that the Pfizer-BioNTech vaccine is approved. In the United States, the vaccine has been prioritized for front-line health care workers, some who are also participants in the Moderna trial. If they now opt to leave that trial to take the already approved vaccine, the loss could complicate efforts to understand key variables related to both.

David Diemert, clinical director of the vaccine-research unit at George Washington University, who is leading one of the Moderna clinical trial sites, said Moderna is proposing to reveal which participants received the placebo and offer them the vaccine as a way to keep them in the study.

But while such a move would sacrifice the power of having a control group, it would not entirely end what can be learned from the trial.

“You can still collect all the safety data for sure,” Dr. Diemert said. “And you can still follow rates of infection. You just don’t have that clean, unvaccinated comparison.”

Jennifer Gommerman, an immunologist at the University of Toronto, said that neither trial was specifically designed to show if the vaccines can stop transmission of COVID-19, something that would have required weekly testing of all the tens of thousands of participants and might have slowed the logistics and recruitment efforts.

She noted that both vaccines are delivered as shots to muscle tissue below the skin, an approach that provides “systemic” immunity to the body overall, but not necessarily enough for “sterilizing” immunity in the upper airway, which would prevent coronavirus from gaining a brief foothold before it is beaten back.

“So you’re going to be protected, but whether you can transmit that [virus] to others is something we don’t know,” Dr. Gommerman said. She added that people who receive the vaccines in Canada should continue to use masks and practice other public health measures at least until more information is available or until a large majority of the population has been vaccinated.

Testing done on the Moderna trial participants before they received their second dose hint that the vaccine may have reduced the occurrence of asymptomatic cases of COVID-19. If this is so, that could translate into reduced transmission of the disease, although this still needs to be confirmed.

One way that clinicians can do this, even without a control group, is to look at all of those who received the vaccine and see if they carry antibodies to coronavirus proteins that are different from those that would be elicited from the vaccine alone. This would reveal who may have had an asymptomatic case of COVID-19 after receiving the vaccine and is therefore shedding virus and potentially infecting others despite being protected by the vaccine against any noticeable illness.

Dr. Diemert said a test on blood samples taken from participants about half a year after their first dose of the Moderna vaccine should help shed light on whether the vaccine can reduce transmission. The first of those are set to begin in March. Last week, Ugur Sahin, chief executive officer of BioNTech, told The Globe and Mail a similar test will be conducted on participants in the trial of his company’s vaccine.

The duration of a vaccine’s immunity may also be somewhat harder to determine after studies lose their control groups.

In traditional vaccine studies with well-known viruses, this can be achieved by looking at “correlates of protection” in blood samples. For example, the presence of a particular level of antibodies could be used as a direct measure of immunity. This is difficult with COVID-19, which has been in the human population for only about a year, and the duration of natural immunity that comes from having the disease is still under investigation. If natural immunity is short-lived, then it might be difficult for a vaccine to do much better.

However, Shane Crotty, a virologist at the La Jolla Institute of Immunology in California, and colleagues released results last month showing that immunity derived from cell memory of the coronavirus is present more than six months after infection and could persist for years.

Deepta Bhattacharya, an immunologist at the University of Arizona, said there are likely to be differences between the immune response generated by the vaccine and that of the virus itself that would prevent making too direct a comparison.

However, he added that he was encouraged by data from Moderna published earlier this month in the New England Journal of Medicine that show levels of antibodies against the virus in early trial participants remain relatively high after four months. This led him to argue in a Twitter thread last week that the vaccine will last longer than one year. 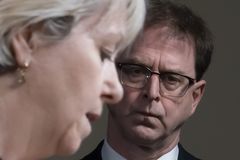 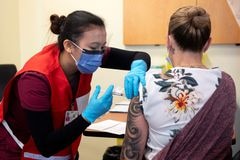 ‘For every $1 of debt, Canadian households now have $6 of assets’
Subscriber content
December 15, 2020