Former attorney-general Jody Wilson-Raybould has taken the extraordinary step of announcing she has retained counsel to advise her on what she can say about the political firestorm that has engulfed her and her government.

And not just any counsel. Her lawyer is Thomas Cromwell, who served on the Supreme Court of Canada from 2008 to 2016, where he was considered a leading light, strong in a wide range of areas, a heavy lifter.

Legal observers interviewed said they could not think of a single example of a former attorney-general announcing they were seeking legal advice on what they could say.

“This is a highly unusual, indeed unprecedented, situation,” said Joel Bakan, who teaches at Allard Law School in Vancouver.

Timeline: A chronicle of SNC-Lavalin, Trudeau, the PMO and Jody Wilson-Raybould

The stakes are high, for the Liberal government, for Ms. Wilson-Raybould’s own reputation and perhaps for the company, SNC-Lavalin, the Montreal-based construction firm whose prosecution on fraud and bribery charges is at the heart of the controversy.

“She’s in such a bind here,” Jean Teillet, a senior Vancouver lawyer, said in an interview. “She cannot step wrong. What she says will have enormous consequences for everybody. SNC-Lavalin will jump on anything she says. It will have enormous consequences for the Liberal Party in the upcoming election. And whatever else you want to say about it, Jody Wilson-Raybould is a Liberal."

Ms. Wilson-Raybould left little doubt that she hopes to be able to say something about the circumstances that led to her resignation from cabinet on Tuesday. Last week, The Globe and Mail reported that the Prime Minister’s Office and other government officials put pressure on her to settle federal criminal charges against SNC-Lavalin out of court. She refused. In January, she was demoted to Veterans Affairs.

In her letter to Prime Minister Justin Trudeau, announcing her resignation from cabinet, she said, “I am in the process of obtaining advice on the topics that I am legally permitted to discuss.”

Mr. Cromwell was appointed to the Supreme Court of Canada by Mr. Trudeau’s Conservative predecessor, Stephen Harper. He is now senior counsel in the national firm of Borden Ladner Gervais, which has 700 lawyers

Wayne MacKay, a former colleague of Mr. Cromwell’s from his days as a law professor at Dalhousie University in Halifax, described him as a “lawyer’s lawyer, and a judge’s judge.”

“He’s the person that someone who’s a lawyer or a judge would go to for advice because he has such a deep understanding of the law,” Mr. MacKay, a professor emeritus at Dalhousie’s Schulich School of Law, said in an interview. “Tom has a good balance of big picture and broad issues but also very detailed, black-and-white law.”

Louis LeBel, a Quebec City lawyer who served alongside of Mr. Cromwell on the Supreme Court, retiring in 2014, described him as an excellent judge and a “man for all seasons,” because of his diversity of interests, in law and life.

“He reads a lot, he thinks a lot, not only of law but of history, philosophy and all that,” Mr. LeBel said in an interview. “He has a very deep and broad personal culture.”

Part of the challenge facing Ms. Wilson-Raybould and her lawyer is that solicitor-client privilege is considered “sacrosanct in Canadian law,” said Toronto lawyer Ronald Manes, co-author of a book on privilege.

But solicitor-client privilege puts Ms. Wilson-Raybould at odds, in effect, with her role as a former independent prosecutor, Mr. Bakan said. As attorney-general she was “constitutionally required to be independent in determining how and whom to prosecute or, in this case, allow the alternative of remediation. Moreover, as an MP and minister of government she has an obligation to serve ‘the people’ and protect the public interest – including blowing the whistle on government wrongdoing in the form of interfering with her independence, if that indeed is what happened.”

Thus, Mr. Cromwell will want to know the underlying facts from Ms. Wilson-Raybould.

He might say: “The PM claims he assured you of your independence and to decide as you felt right," Craig Scott, an Osgoode Hall law professor and former NDP MP, said in an e-mail. "Is this true? If so, when, why and how did this conversation take place? And is there any basis for believing that conversation was pro forma (giving the PM deniability) while persons associated with one or more of his offices were the ones exerting what you experienced as pressure?”

Peter MacKay, a former attorney-general in the Harper government, said Mr. Cromwell will want to know with whom Ms. Wilson-Raybould communicated about the matters in question, in what form, whether there are written records and what was the substance and intent of those communications.

“Was she feeling pressured, why & what was asked of her?" he said in an e-mail. “Did she push back then?”

Mr. Trudeau may have already weakened the case for protecting solicitor-client privilege by asserting publicly on Monday that Ms. Wilson-Raybould had confirmed for him that he had told her she was free as attorney-general to make her own decisions. “There’s an argument that the government has waived the confidentiality because of comments they’ve made,” former Supreme Court justice John Major said in an interview. 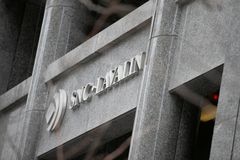