All schools in Southern Ontario will be closed to in-class learning for another two weeks and students will learn remotely as pressure grows on the provincial government to implement tougher safety measures before classes resume.

The province’s Chief Medical Officer of Health said on Thursday that the closings affecting 27 regions were necessary to protect students and staff amid rising COVID-19 infections. Elementary school students had been scheduled to return to classrooms on Monday, but the extended closing means they are expected to be back at the same time as secondary students.

“I know this is a tough one. It’s tough for everybody,” Dr. David Williams said.

His announcement, however, was short on details on what steps the province would take over the next two weeks so students can return to a safe school environment.

Concern has been growing among doctors and educators about a return to the classroom as community transmission of the virus increases. Ontario on Thursday reported its highest number of cases during the pandemic – 3,519 – and 89 deaths. The province could see 4,000 cases a day, Dr. Williams said.

School-age children, as a group, tend to be less affected by COVID-19 than adults, but the role schools play in the transmission of the virus remains an evolving picture.

Earlier on Thursday, Premier Doug Ford said that before the holidays, positivity rates in schools were much lower, but some age groups have jumped 116 per cent. He said one in five children under 13 are now testing positive for COVID-19. But the Ontario government’s data, provided to The Globe and Mail, also show that there has been a significant drop in tests performed for those aged 17 and under. In the week of Nov. 29, there were 25,160 tests performed, compared with about 13,000 tests the week of Dec. 27. 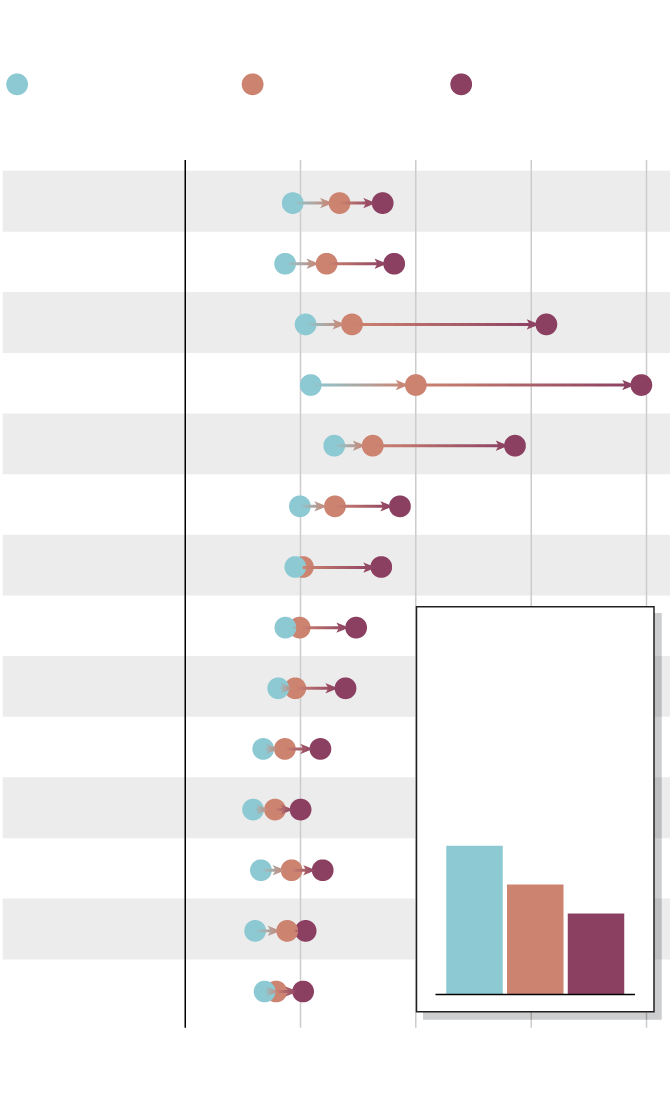 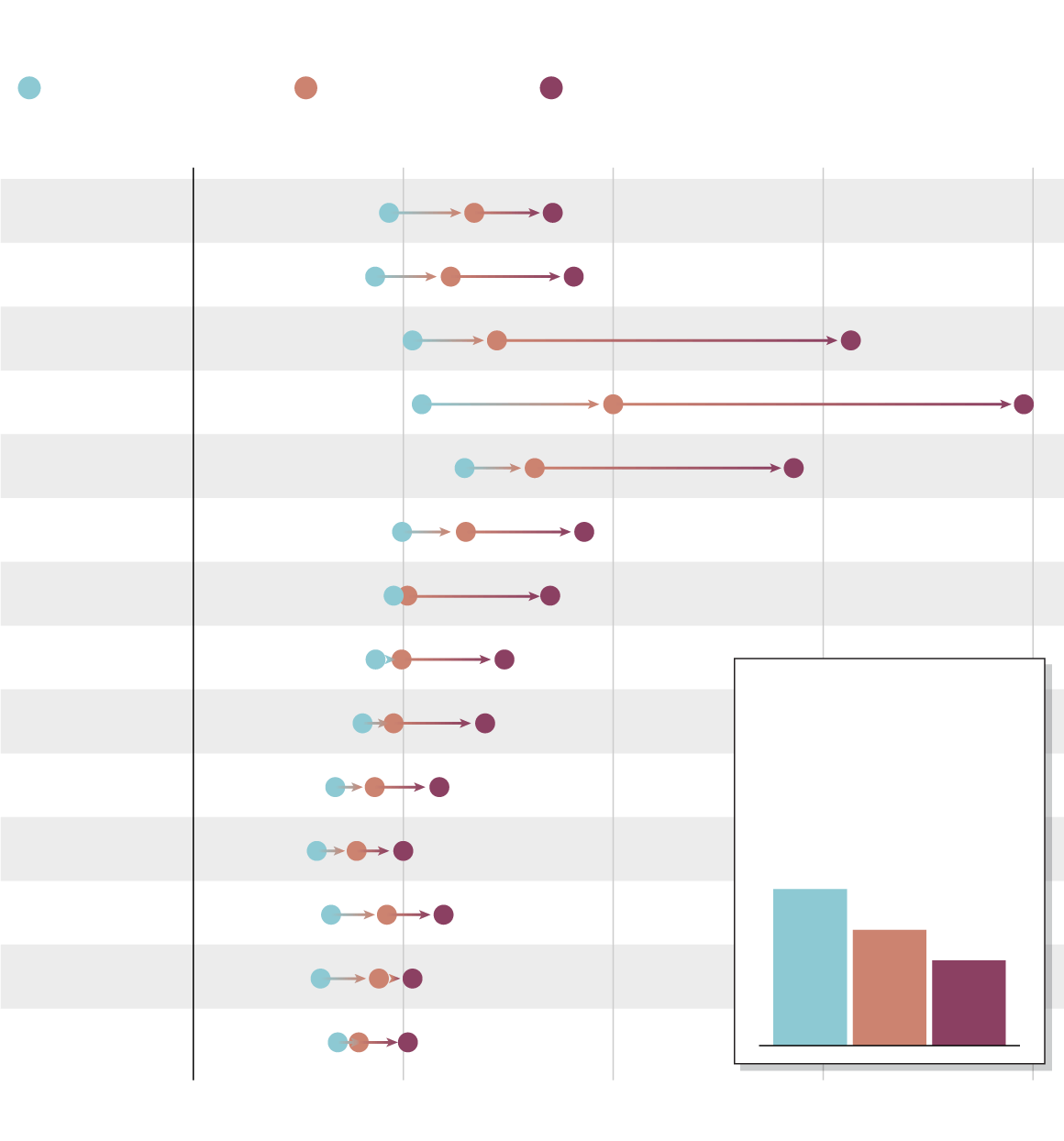 MURAT Yükselir / the globe and mail, source: Government of Ontario

“I will never ever, ever sacrifice our kids going back to school if the health table and the doctors are telling me not to do it,” Mr. Ford said.

Unlike Ontario, Alberta said on Thursday that its students would return to the classroom. Students were learning remotely this week. Quebec said earlier this week that its primary students would return to the classroom on Monday, but there would be additional safety measures, such as the use of masks in hallways for all students, and in the classroom for Grades 5 and 6. It also imposed a curfew as part of its expanded lockdown measures.

Critics of how the Quebec government has handled school opening from the beginning were upset with the reopening decision, while many other parents were relieved children would return to school.

Roxane Borgès Da Silva, a University of Montreal public health professor, backed the decision to reopen schools but added it is far from a simple decision. Elementary school students are less vulnerable to COVID-19 and suffer more from social isolation and the lack of child protection measures found in schools. They also don’t adapt well to online learning, she said.

“These are elements that make it such that we need to bring them to school,” she said. “But these are difficult tradeoffs answering a complex question. There’s no easy answer.”

On social-media platforms, parents, particularly women, have expressed their frustration and stress in helping their children with online learning.

Amy Greer, an epidemiologist at the University of Guelph, said she worries if the extension of online learning in Ontario would be similar to the spring, when the government kept extending closings during the first wave and added to the stress of families.

“We have two weeks to decide and come up with a plan for how we can escalate our existing mitigation measures in order to compensate for high rates of community transmission,” she said.

Dr. Greer is concerned that the COVID-19 case trajectory won’t change in the coming week. If schools were to reopen while community transmission is still high, the government needs to consider shutting almost everything else down, she said. It also should look to strengthen safety measures in schools, such as mandatory masking for all students, not just those in Grades 4 and up, and smaller classes, along with proactive testing.

“We need a clear and transparent plan,” Dr. Greer said. “Everyone’s goal is to have kids in in-person school. So let’s make that happen.”

Andrew Morris, who works in infectious diseases at Toronto’s Mount Sinai Hospital, echoed the sentiment and said over the next two weeks, the government would be wise to try to reduce class sizes, improve ventilation and implement a testing and contact-tracing strategy for schools.

“This represents a failed overall strategy,” he said of the government having to close schools. “Schools are amongst our most important institutions, and it was entirely predictable that allowing growth to go unchecked over the fall was going to result in this.”

He added: “We have now seen from other jurisdictions what will happen if we don’t do everything in our power to get good control over COVID during this shutdown – another round of school closures.”

Education Minister Stephen Lecce said in an interview on Thursday that the government is working with medical experts on enhanced school safety measures. He said an announcement would be made ahead of schools reopening.

“As difficult as it is to extend the virtual learning experience … we did not want to put our children, our families, and the broader community at risk given a dramatic spike in COVID cases” among children and youth, he said.

The government also announced Thursday it would extend the provincial shutdown in Northern Ontario for an additional two weeks, meaning the entire province would be on lockdown until at least Jan. 23. The shutdown, which was initially supposed to last only 14 days in the north, bans indoor gatherings, closes indoor dining in restaurants, personal services and fitness centres, and limits grocery stores and pharmacies to 50 per cent of their capacity.

However, all elementary and secondary schools in the seven northern regions – the area north of the French River, which includes Sudbury – will resume on Monday.

Dr. Williams said Ontario is considering a curfew but said there are many questions as to what it would entail and how it would be enforced.

The NDP on Thursday called on the government to make sweeping changes before schools can reopen, including smaller class sizes and paid sick leave for parents. “This government made a conscious decision not to invest when they should have,” NDP education critic Marit Stiles said.

Shortly after the province said schools would not be returning as planned, Ontario Sport Minister Lisa MacLeod announced that the Ottawa Senators and Toronto Maple Leafs NHL teams would be allowed to host home games against other Canadian teams this season.

Quebec Premier Francois Legault said the province will be placed under a curfew starting Saturday as the number of new COVID-19 cases continues to rise. Quebeckers could be fined up to $6,000 if they're found on the street between 8 p.m. and 5 a.m.