Men with trades certificates have some of the highest earnings among workers early in their career, but their female counterparts lag far behind, making only half as much, according to findings of a new labour market report.

The report, by the non-profit Labour Market Information Council (LMIC) and the Education Policy Research Initiative (EPRI) based at the University of Ottawa, used Statistics Canada data to shed light on the earning potential of people in the trades as compared with white-collar workers. Its findings show while a trade offers men an early, lucrative start to their careers relative to other workers, women in the trades are concentrated in the lowest-paying jobs and do not have a pay advantage over women who are not in the trades.

Steven Tobin, co-author of the report and executive director of the LMIC, said the research shows it’s time women were made aware of the higher-paying jobs to be had in the trades.

“When we think about how we can build a sustainable recovery and address vulnerabilities that have emerged during the pandemic, we see that there are already demands for skilled trades,” he said in an interview. “And so the question for us is, ‘Is this the right opportunity to promote skilled trades more generally, but in particular for women to enter other trades that offer more promising careers?’”

The report looked at individuals with certificates in Red Seal trades and found that they earned on average $64,000 in their first year, growing to reach $73,800 eight years after certification.

But across all Red Seal trades, in the first year after certification, women earned on average only $31,400 – just 47 per cent of what men earn, and 46 per cent eight years out, according to the report published Tuesday. That’s because so many women in the trades were concentrated in lower-paying positions: hairstylists, cooks and bakers. Men were heavily concentrated in fields such as electrical and metalwork trades.

But their earning gaps narrow in the following years, the report says.

Meanwhile, women with trades certificates have similar earnings ($31,500) to women with college-level certificates ($32,500) and diplomas ($32,100) in their first year after certification. They earn slightly less than women with bachelor’s degrees ($39,600). The report points out these are all overall averages, and earnings vary widely across trade categories and fields of study, as well as across individuals within each specific certification.

Women represent less than 10 per cent of all Red Seal trade certificate holders. But even in the jobs where women workers are more prevalent, such as hairstylists, cooks and bakers, they still earn only 54 per cent of what men earn in the same jobs, the research shows.

Denise Amyot, president and chief executive officer of Colleges and Institutes Canada, said women often don’t know what the options are in trades so they may go to the traditional places where they have seen other women.

“That’s why the role model is so important,” she said.

She said some colleges that offer trade programs are trying to think of ways to attract female students. For instance, she said, some offer pretrades programs where students can learn different trades in the first year. She said some women may have not have considered work in male-dominated trades, but she said the work is much different than it was in the past as a result of technology.

“This is not like what it used to be where you need to be strong, even in the mining sector. There’s such a huge shortage of women,” she said, adding women should consider highly paid trades jobs such as construction, welding and electricity.

The analysis of Tuesday’s report is based on Statistics Canada’s Education and Labour Market Longitudinal Platform (ELMLP), which links anonymized information of individuals in apprenticeship programs in Canada to tax information.

Ross Finnie, lead author of the report and director of the EPRI, said by providing new information on the early career earnings of those who obtain certification in the skilled trades, this research can help individuals make critical training, education and career decisions. 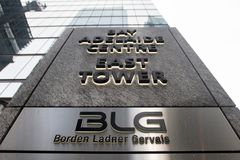 How can we bridge the gender power gap? Six ways employers, governments and men can do better
Subscriber content
March 9, 2021 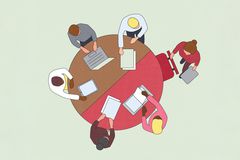 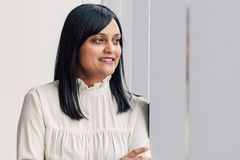