Mark Seymour is staring down an 18-wheel-sized business challenge, and he’s not alone.

His firm, Kriska Transportation Group, has more work than it can handle. That’s the good news. The bad: Like so many other freight and shipping companies in North America, Kriska of Prescott, Ont., is facing an acute shortage of qualified truck drivers.

“I consider us lucky at Kriska, but I think most companies could safely say that 5 per cent to maybe 8 per cent of their fleet is parked on any given day because of the labour shortage,” the chief executive officer explains.

“We have freight that we don’t move every day and we have customers that we disappoint every day. I suppose there’s a cost to that, but everybody [in the industry] is failing everybody every day.”

According to industry estimates, Canada’s annual truck driver shortage could reach 33,000 by 2020. That’s a big problem, more so when one considers that about $17-billion of this country’s GDP is reliant on overland transportation, according to a 2013 Canadian Trucking Alliance-commissioned report — with much of all consumer products and foods moved by trucks. That demand is only expected to grow in the years ahead.

The driver shortage poses an immediate and dramatic threat to the entire Canadian economy.

The reasons for the shortage are varied, and the industry is taking different steps to find solutions.

“I would say the most dire consequence of the trucking industry not resolving the driver shortage is a chilling effect on investment in the Canadian economy by international investors,” says Stephen Laskowski, president of the Canadian Trucking Alliance, an industry advocacy group.

“It’s probably one of the most critical issues that Ottawa needs to address.”

Why the dearth of qualified drivers?

Marilyn Daniel, chief operating officer of Bolton, Ont.-based Titanium Transportation Group Inc., calls it a perfect storm of factors. The average age of a truck driver today is around 57, she says, meaning attrition rates are high. Worse, few millennials see driving as a viable career, preferring jobs that afford better work-life balance and more stable family lives than the typical long-haul driver’s lot, spending a week at a time, or more, behind the wheel.

Working conditions with some companies can also be dubious, she adds, with many relying on old cabs and rickety trailers.

“There are still a lot of operators out there who don’t even have basic GPS in their trucks,” she laments. “We’ve done 10 acquisitions in the past seven years and we look at businesses all the time. It always baffles me how many of them are still using paper and pencil. We walk into some places where they don’t even have flat panel computers, if they even have one.”

Another long-ignored challenge, according to Mr. Seymour, is the treatment of drivers by customers who won’t allow them to safely park vehicles in their lots overnight to get rest or provide access to washroom facilities — a lack of basic amenities that has led many drivers to blatantly refuse to deliver goods to less-welcoming clients.

“The people we’re attracting are those that take all of those things into much higher consideration than people did 20 or 25 years ago,” he says. “They have choices.”

Some potential recruits also see headlines predicting the full automation of the trucking industry as a harbinger of career trouble to come; technological advances are a good reason to take their services elsewhere.

But efforts to circumnavigate these seemingly insurmountable roadblocks are steering the industry in a positive new direction.

Trucking HR Canada CEO Angela Splinter notes that organizations such as hers and the Canadian Trucking Alliance are working to change perceptions of the industry with initiatives such as the Top Fleet Employers Program — which recognizes trucking firms that meet certain human resources benchmarks, from providing driver training to fostering a positive workplace environment — and Women With Drive, a program designed to showcase career opportunities in the industry for women, who comprise just 3 per cent of the truck driver workforce.

At Kriska, management has found some success reaching out to retired military personnel who may be finished with their military career, but still want to work and are used to long stretches away from home, while also introducing a truck sharing program for long-haul drivers.

“Rather than having a driver attached to that truck and expecting them to be gone every week of the month,” Mr. Seymour explains, “we assign two drivers to a truck and they work a week on and a week off. They’re not going to make $70,000 a year, but they could make $50,000 a year and … can plan to do things with their family.”

Titanium Trucking Group has increased driver pay three times in the past 12 months alone, while their focus has also been on supporting work-life balance — everything from ensuring drivers have access to new or nearly-new cabs equipped with amenities such as refrigerators, microwaves, televisions and WiFi, and implementing shorter runs between the company’s five terminals that allow some drivers to return home each day.

So, what of the anxiety that automation will one day replace drivers?

Mr. Seymour is blunt in his assessment of the technology’s potential impact on the trucking workforce, pitting it at “close to zero.” He sees obstacles such as harsh Canadian weather, road congestion and the public’s unease at sharing highways with unmanned vehicles as the major barriers to the widespread adoption of autonomous vehicles.

Ms. Daniel agrees that the idea of fully autonomous trucks replacing drivers is still the stuff of science fiction, although she can see it happening at some point in the future.

That’s not to say that automation isn’t here. But rather than replacing drivers, it is making their jobs easier.

“It’s much like a pilot in an airplane,” Ms. Daniel says “You still have to have someone in the cockpit doing take-off and landing, but the pilot largely doesn’t fly the plane while it’s in the air.

“Our newest trucks have automatic braking. Things like that are leading the way toward autonomous trucking, but the hype is almost pie-in-the-sky for immediate solutions to [easing the driver shortage]. The only solution for getting more drivers in the workplace is to make driving a desirable career of choice, which it has not been.”

Facial-hair fundraisers: ‘It’s the beard inside that counts’
November 26, 2018 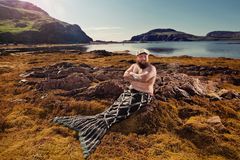 ‘Shrink it and pink it’ is not the kind of equipment design female athletes need
December 19, 2018 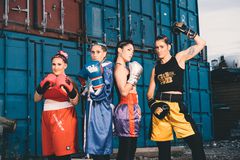 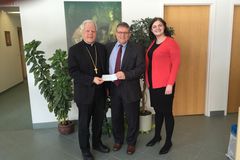