Victims of sexual assault and harassment in the workplace are winning higher awards than ever before from the Ontario Human Rights Tribunal, establishing a faster, less formal alternative to the civil courts.

In one case this winter, believed to be Canada’s largest award given out for any reason by a human-rights tribunal, a shoe-store owner who served as employer and landlord to a woman was ordered to pay $208,736 plus $50,000 in interest for sexual assaults he was found to have committed over as many as 18 years in the workplace and in her home.

In a second case, also this winter, a man who sexually harassed and abused a 15-year-old during her summer internship at a tattoo parlour was ordered to pay her $75,000.

The increased awareness sparked by the #MeToo movement and the trial of former CBC broadcaster Jian Ghomeshi two years ago, combined with the seriousness of the abuse and the vulnerability of the victims in the two cases, explain the increasing awards, several lawyers said in interviews.

“I think it’s part and parcel of our greater awareness and sensitivity to the problem and its extent and the terrible, deep harms it causes,” says Elizabeth Grace, a Toronto civil litigator specializing in sexual-abuse cases. She was not involved in the cases.

While there are pluses and minuses – winners can't be awarded their legal costs from the losers – the system is swifter and friendlier than the courts to people who bring the complaints.

“It’s comparable to what you can get in civil court but with a lot less hassle,” Ms. Grace said in an interview. ”I think the standard to which applicants are held is probably an easier one. It’s easier to prove your case in that forum. They don’t enforce the rules of evidence as strictly. It’s a kinder arena in which to litigate. It’s gentler on the claimants overall. You’re not put through the wringer to the same extent – the cross examinations are not as rigorous.”

The size of the awards attracted her attention.

“I’ve had just a huge upsurge in calls because of the MeToo movement. I’ve been doing this for 25 years. … With these new awards I have to look at human rights as a more attractive option than perhaps I did previously.”

And the awards from the tribunals are headed higher, says Toronto lawyer David Baker, whose firm represented the victim in the shoe-store case.

He said that, after filing human-rights complaints for sexual-abuse victims, he has achieved settlements (without having to complete a hearing) as high as $330,000.

“The tribunal awards are always somewhat behind where experienced counsel know damage awards will be, because most cases settle.” He added that the purpose of compensation, whether ordered by a court or the human rights tribunal, is the same: “To put the person in the position they would have been in without the discrimination, as fully as possible.”

Human-rights tribunals, unlike civil courts, cannot award punitive damages. But they can award damages for loss of dignity and self-worth and emotional suffering, and for lost income.

Until about a decade ago, damage awards were capped at $40,000 at Ontario’s human-rights tribunal. (That is still the cap for complaints made under the Canadian Human Rights Act.) Those small awards have been criticized as a mere licensing fee for discrimination. Once the caps were lifted in Ontario, awards rose, but slowly, until three years ago, when the tribunal awarded $150,000 in a sexual-harassment case involving vulnerable migrant workers.

“That was really seen as an outlier and a one-off,” lawyer Emily Shepard said in an interview. “Having a second award I think speaks to the fact that this is available to survivors. That amount is accessible and not just a fluke.” Ms. Shepard was the lawyer from Mr. Baker’s firm who led the case culminating in the $200,000-plus award. She now works for the Human Rights Legal Support Centre, the Ontario government-funded body that represents people lodging complaints.

The $200,000-plus award came in the case of A.B. and Joe Singer Shoes Limited. A single mother, she testified that Paul Singer, son of the late Joe Singer, forced her to perform oral sex or to have sexual intercourse with him about twice a month, mostly at the Toronto office after hours. She said she kept silent for years because she was afraid she would lose her job. She finally did go to the police in 2008, but the case did not lead to a criminal trial, for reasons not explained in the tribunal’s ruling.

He denied all allegations of sexual assault and harassment. He told the tribunal that A.B. did not make her allegations against him until he evicted her for non-payment of rent.

The adjudicator, Dawn Kershaw, found on a “preponderance of probabilities” (that is, more than a 50-per-cent chance, the same as the civil-court standard of proof), that Mr. Singer sexually harassed and assaulted A.B. in her apartment and in his office.

Mr. Singer is seeking judicial review. He argues that the tribunal used “impermissible reasoning and inadmissible evidence to bolster A.B.’s credibility,” and imposed damages “without considering precedent or the principle of proportionality.” He is asking the court to quash the tribunal’s decision and send the case back to the tribunal for reconsideration.

“It’s a case that needs to be reviewed by the Divisional Court,” his lawyer, Frank Addario, told The Globe.

Got a news tip that you’d like us to look into? E-mail us at tips@globeandmail.com Need to share documents securely? Reach out via SecureDrop 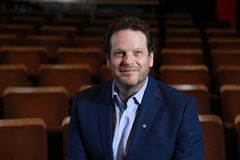 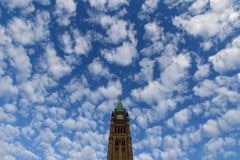 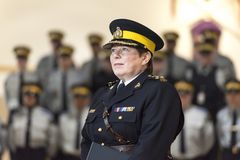