As the World Health Organization declared the novel coronavirus outbreak a global emergency, the Canadian government said it was not ready to release plans for the transport and quarantine of Canadians airlifted out of China.

The Liberal government faced pressure from opposition parties on Thursday to provide specifics on its strategy for evacuating 196 Canadians who have asked for consular help to leave China, where the epidemic has killed at least 213 and sickened thousands of others.

The U.S. State Department advised against all travel to China, while several other countries have already evacuated their citizens as the country becomes increasingly cut off. Many airline companies say they will no longer operate flights in and out of the country.

Health Minister Patty Hajdu said that she could not provide further information on the plane to repatriate Canadians because she doesn’t have details yet, adding Canada is arranging a non-commercial flight into a country under quarantine with very specific protocols.

The government is also determining who is coming on the plane and what steps will be taken after they arrive in Canada, she added.

The U.S. is keeping nearly 200 evacuees from China at a California military base for three days, after which those who pose little risk of infecting others will be allowed to monitor their symptoms from home.

Dr. Tam stressed that the risk of a 2019-nCoV outbreak in Canada – where only three cases have been confirmed – remains low.

She said 101 patients across the country have been tested for the new virus, which is a relative of the virus that causes severe acute respiratory syndrome (SARS) and MERS, or Middle East respiratory syndrome. Fifty-eight have tested negative. Results for 39 others are pending, Dr. Tam said.

The Canadian government has already begun evacuating the oldest and youngest family members of diplomats in mainland China, said Angela Savard, a spokeswoman for Global Affairs. That limited evacuation includes people with existing medical conditions, the elderly, children of school age and younger, and guardians.

This voluntary evacuation could bring up to 100 people out of the country, a source with knowledge of the situation told The Globe and Mail, which is not identifying the source because they were not authorized to speak about the matter.

Diplomats themselves are not included in the order, which does not cover Hong Kong.

Among the Canadians stuck in the Chinese city at the centre of the outbreak is a 15-month-old girl who travelled to Wuhan with her grandparents at the beginning of December.

Her father, Richard Fabic, is hoping to get the Canadian government’s assistance so he can be reunited soon with his daughter, Chloe, he said in a telephone interview from his home in Mississauga.

Wuhan has been essentially sealed off from the outside world as China tries to contain the respiratory virus, which has the symptoms of a common cold or flu, but can be deadly in severe cases.

“We will continue to do everything we can to support those families and secure their return to Canada and to do so in a way that is safe and doesn’t enable or allow for even greater propagation of the virus," he said at an appearance in Brampton, Ont., Thursday afternoon.

Canada is one of 18 countries outside China, where cases of the new coronavirus have been confirmed since China reported a cluster of severe pneumonia cases caused by a mystery virus on Dec. 31.

The prospect of 2019-nCoV spreading to poorer parts of the world prompted the director-general of the World Health Organization to officially deem the epidemic a “public-health emergency of international concern.”

“We don’t know what sort of damage this virus could do if it were to spread in a country with a weaker health system," Tedros Adhanom Ghebreyesus said. "We must act now now to help countries prepare for that possibility.”

Dr. Tedros stressed that the declaration is “not a vote of no confidence in China,” a country he praised for its swift and transparent response to the outbreak.

Late on Thursday, The Associated Press reported 9,692 cases of the coronavirus had been confirmed in China. The WHO had reported earlier that 7,818 cases of the virus had been confirmed worldwide, with all but 82 of them in China. The U.S. reported its first case of human-to-human transmission on Thursday; a Chicago woman in her 60s who had recently travelled to Wuhan passed the virus to her husband.

About 1,370 patients have severe cases of the illness caused by the new virus, which the WHO has provisionally dubbed “2019-nCoV acute respiratory disease.”

Thursday’s declaration marks the sixth time the WHO has declared a public-health emergency of international concern.

The United Nations health agency reserves the emergency declarations for “serious, sudden, unusual or unexpected” diseases that have public-health implications beyond the countries where they were first detected and which require a co-ordinated international response.

Previous declarations have been issued for two Ebola outbreaks in Africa, the Zika epidemic, the H1N1 swine flu pandemic and the resurgence of wild polio in Afghanistan, Pakistan and Nigeria.

With reports from Nathan VanderKlippe and The Canadian Press 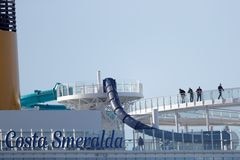 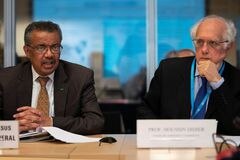 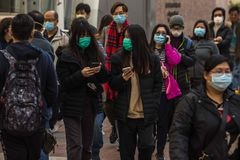 Coronavirus information
The Zero Canada Project provides resources to help you manage your health, your finances and your family life as Canada reopens.
Visit the hub
Follow Kelly Grant and Kristy Kirkup on Twitter @kellygrant1 @kkirkup
Report an error Editorial code of conduct
Due to technical reasons, we have temporarily removed commenting from our articles. We hope to have this fixed soon. Thank you for your patience. If you are looking to give feedback on our new site, please send it along to feedback@globeandmail.com. If you want to write a letter to the editor, please forward to letters@globeandmail.com.
Comments