A sharp increase in eating disorder cases is overwhelming Ontario hospitals, necessitating transfers to other hospitals, changes to treatment and higher admission standards that doctors fear are leading to poorer outcomes for young patients.

Admissions for eating disorders at the province’s five pediatric hospitals jumped to as much as 223 per cent above capacity in June as teens have struggled amid the pandemic with isolation, a lack of routine, the loss of extracurricular activities and negative social media influences.

“There is no question, this is the worst it has ever been in my experience,” said Debra Katzman, a senior associate scientist and co-founder of the eating disorders program at Toronto’s Hospital for Sick Children. She has specialized in eating disorders for more than 30 years.

Patients being admitted to hospital are sicker and with more intense mental-health issues. The severity of the disorders has increased along with the rate of readmission, as patients are waiting longer for outpatient services or being treated in beds outside the special units with staff trained to manage eating disorders. There has also been an unprecedented number of transfers to other hospitals as doctors try to get high-risk patients into specialized programs.

At CHEO, a pediatric health-care and research centre in Ottawa, admissions have risen steadily from 127 per cent above capacity in January to 223 per cent in June. Leanna Isserlin, the psychiatric director for CHEO’s eating disorders program, said the hospital is trying to reduce the number of admissions by monitoring patients through daily visits during the week and with phone calls on weekends. It has also changed its standards for admission: A patient’s heart rate must be 45 beats per minute, down from 50, and greater weight loss is acceptable as long as other health indicators are stable.

“We are doing things in a way that we have never done before,” Dr. Isserlin said.

Many hospitals in the Greater Toronto Area with beds for pediatric patients do not have robust programs to manage eating disorders, said Ronik Kanani, the chief of pediatrics at North York General Hospital.

While the medical management can be done by pediatricians, “many sites don’t have the infrastructure and resources to manage the psychiatric component,” Dr. Katzman said.

Some hospitals have had to create shared rooms for patients with eating disorders, a practice they traditionally try to avoid because such patients reinforce each other’s anxieties about food and resistance to treatment. Several have also added new beds or moved patients into other units.

Dr. Isserlin said treating young people on non-specialized units “is a challenge, partly because of staffing and partly because the set-up on the unit is not ideal for these types of patients.”

Specialized nursing is required to pick up on symptoms, create a routine and manage meal times. Without separate dining areas, patients must eat in their beds, where it can be easier to hide food. And bathrooms on these units often lock, making it difficult to supervise patients who may try to purge.

As a result, more pediatric patients are being transferred to distant hospitals, some more than 100 kilometres from home, to find a bed. Southlake Health Sciences Centre, for example, created seven extra beds – going from two to nine – for eating disorders during the pandemic but still had to transfer six patients between March and June because of a bed shortage. Similarly, North York General has transferred young patients to hospitals as far away as Orillia and Peterborough. It has also taken cases from communities more than an hour away, forcing parents to stay in hotels – sometimes for four to six weeks.

Maria Psihogios, a community adolescent medicine specialist at Michael Garron Hospital, which has accepted and referred transfers from all over the GTA, says transfers are problematic beyond disrupting families.

“Seeing patients that are outside of our catchment introduces a whole host of new challenges in allowing continuity of care for these complex patients,” she said. “Preparing families for family-based therapy, the treatment of choice, is hard to do when they are far from home. Then there’s the economic burden with taking more time off work to travel, find daycare and so on.”

Cindy, a mother of three from Oakville, and her 14-year-old daughter have been shuffled about. (The Globe and Mail is not identifying them in order to protect the girl’s privacy.) The teen was diagnosed with anorexia nervosa after a year of irregular menstrual cycles, a heart rate around 40 beats per minute – alerted by her Apple watch – and a delayed diagnosis. She was transferred to hospitals outside her community twice. On her first admission, for a few days before being placed on the eating-disorder unit, she shared a room on another unit with another young person with an eating disorder. She was put on a wait list for outpatient services, which her mother feels led to her readmission. Now her therapist is leaving to start a private practice, and they are on a wait list again.

Ideally, when patients are discharged, they take part in an outpatient program within one to two weeks. Wait times are now a minimum of four weeks and are often several months, according to doctors.

“Treatment support relies quite a bit on parental support and resiliency,” Dr. Isserlin said. “As the pandemic has drawn on, we’ve seen parents pulled in so many directions – they are home-schooling, working remotely from home and taking care of elderly parents – they are struggling to provide support for their youth after discharge.”

September is sure to bring even more pressure. Samantha Martin, a doctor at North York General, says “this year things will be even more heightened, as many young people are already experiencing significant social anxiety and body image issues at the thought of returning to in-person school.” 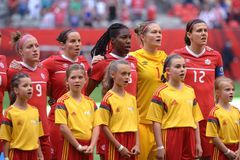 Ontario school reopening: Teachers, families struggle with uncertainty over return to classrooms
May 27, 2021 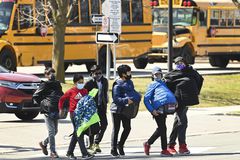