Ontario Premier Doug Ford readily concedes that the spread of coronavirus is “out of control” in parts of suburban Toronto, but has decided to loosen, not tighten, public-health restrictions. In a province racking up more than 1,000 new infections daily, he calls this a “fair compromise.”

A week ago, Alberta’s average number of new coronavirus cases was 275; now it’s 730. Despite that threefold increase, Premier Jason Kenney has dismissed the idea of any sort of lockdown. He describes this do-nothing approach as “balancing” the need for protecting the population from a deadly pandemic and the desire to protect the economy.

Fasten your seatbelts folks (voluntarily of course, no rules required) because much of Canada is now barreling down the Barrington Highway.

What the Great Barrington Declaration says, when you cut through the pomposity, is that profits matter more than people, that we should let the coronavirus run wild and, if the vulnerable die in service of economic growth, so be it.

Mr. Ford and Mr. Kenney have, in their words and (in)actions, embraced this approach.

Other provinces where COVID-19 cases are increasing markedly, such as British Columbia, Manitoba and Saskatchewan, and Quebec, where numbers are holding steady at a high level, have been a little less crass about their “open for business” ambitions, but they haven’t exactly brought down the hammer either.

At some point, there has to be a realization that, if you want to halt the spread of a pandemic illness, half-measures are not sufficient.

Limitations on business, restrictions on the size of gatherings, physical distancing, mask-wearing, handwashing – all these things are tiresome. But the answer is not to stop doing them or, worse yet, pretending that the alternative would produce better results.

What Mr. Kenney is doing here embracing a false dichotomy, the notion that you can either protect people from the coronavirus or protect the economy.

We can do both. Look at Australia. Melbourne locked down – really locked down, without spin classes, weddings, religious services, open restaurants and bars – for 100 days. Until there was no community transmission. Not 1,000 cases a day, not 700, but none.

They didn’t content themselves with slowing the spread of the virus, they stopped it. Now they are reaping the benefits, a truly open economy and a population at low risk from the pandemic, a fully functioning health system and more.

As long as we have high levels of circulating virus, the perpetually changing rules, and the anxiety and fretting that causes, the economy won’t thrive.

We don’t let people decide for themselves if they want to wear seatbelts, respect the speed limit or stop at red lights. Rules, clear rules, are required. Yes, individuals have to behave responsibly, but they can’t do so if they don’t know what the responsibilities are.

The rules also have to make sense. Ontario introduced a colour-coded, traffic light-like system. That’s a good approach, except the thresholds that would trigger action like restaurant closings are out of whack. Waiting until there are 100 cases per 100,000 population or a positivity rate of 10 per cent (as bad as some of the hardest hit U.S. states) is saying we shouldn’t act until we hit crisis levels.

It’s the antithesis of prevention.

It’s hard to critique Mr. Ford’s position because it’s not really clear what it is, even to him. He has repeatedly bumbled through explanations of Ontario’s “safe and open” plan.

But here’s one thing that should be clear: You can’t slow the spread of the coronavirus by loosening restrictions.

In both Alberta and Ontario, every single metric is getting worse – cases, hospitalizations, deaths, and positivity rate. Hospitals are increasingly straining to deal with cases, and nursing homes are being ravaged anew. Contact tracing is breaking down.

Action is overdue. An open economy can’t just be wished for, it has to be earned. 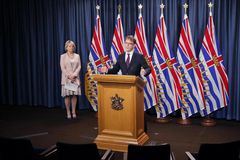 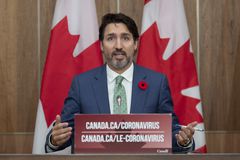