Yves Jasmin spread the gospel of Expo 67 to the world.

His mission began three years before the world’s fair in Montreal opened its doors, a time when naysayers were convinced the exposition was doomed to fail.

“The most heartbreaking task was to convince Canadians that Expo was not a national catastrophe,” he told the journalist Pat Carney, later a senator, in 1967.

Mr. Jasmin, who has died at 97, was hired as director of public relations, information and advertising for the Canadian Corporation for the 1967 World’s Fair, a Crown company. In the afterglow of Expo’s great success, the early criticisms, some based in anti-Québécois bigotry, were forgotten. Before then, nearly every aspect was mocked, including even the bilingual name Expo 67, which some English-language newspapers stubbornly refused to use.

The task of promoting Expo 67 was made the more difficult by a lack of enthusiasm for the World’s Fair held in New York in 1964 and 1965, a commercial enterprise which was dismissed by many as an expensive flop. To make matters worse, the planners of Montreal’s exposition depended on luring north a large number of border-state Americans if Expo was to be a success.

In the midst of the negative reports, Harry Bruce wrote in Maclean’s magazine that Mr. Jasmin “is such an incurable silver-lining searcher that he regards the past 18 months of world’s fair news as a million dollars’ worth of free publicity.”

“We had a lot of stars like that – international stars well known in the U.S. – speaking on behalf of their countries saying, ‘Mine will be at this international exhibition,’ ” Mr. Jasmin said.

Once the fair began on April 28, 1967, Mr. Jasmin, in his Mad Men-era outfit of a dark suit with a skinny tie, a lit cigarette in his right hand, was a ubiquitous presence on site. He hobnobbed with royalty (the Queen), mascots (Bonhomme Carnaval), and the hoi polloi, such as 19-year Massachusetts nursing student Celine Bouthillier, the fair’s 20 millionth visitor. In the end, more than 50 million passed through the gates.

The early negative coverage was overcome by offering journalists free trips to Montreal, where they were offered guided tours and background information sheets from what came to be an army of 400, including 30 press aides, answering to Mr. Jasmin.

In a pinch, Mr. Jasmin resorted to old-fashioned ballyhoo to promote the fair. He described the man-made islands in the middle of the St. Lawrence River as coming “out of the water like Botticelli’s Venus.”

The veteran publicist belonged to a coterie of administrators who were hired to revive a faltering Crown corporation. They fashioned themselves as les durs (“the tough guys”) who were going to create a monumental exposition on a tight schedule. For this, they were well compensated, with Mr. Jasmin earning a salary of $25,000 (about $190,000 in today’s dollars), which was condemned on the editorial pages of daily newspapers. Only after Expo 67’s tremendous success was it determined to be money well spent.

Joseph Augustin Yves Jasmin was born on Feb. 27, 1922, at Lachine, Que., to the former Rachel Valois and Aquila Jasmin, a farmer’s son who became a lawyer. The family traces its roots to a colonist who settled in the farming village of Saint-Laurent on the island of Montreal in the early 18th century. In the divisive 1917 federal election, Aquila Jasmin lost a contest for a seat in the House of Commons as a candidate for Robert Borden’s pro-conscription Unionists.

After completing high school, Yves Jasmin enlisted in the infantry in 1942, rising to the rank of lieutenant and serving overseas during the Second World War. In 1944, he joined the National Film Board, where he wrote and directed newsreels.

After three years as a filmmaker, Mr. Jasmin was hired by Le Canada, a French-language daily newspaper founded by Wilfrid Laurier. The pro-Liberal organ’s editor-in-chief was his older brother, Guy Jasmin. In 1949, the brother and their widowed mother died when their Air France Constellation crashed in the Azores, killing all aboard.

Yves Jasmin left the newspaper in 1952 to become a senior publicist for Trans-Canada Airlines. He spent four years with the airline before taking similar positions with Molson Breweries and Ford Canada.

Mr. Jasmin was the first French-Canadian elected as president of the Canadian Public Relations Society. In a speech to the group in 1963, he criticized English-speaking members in Quebec for “your aloofness and your isolation.”

He said the companies that employ them make blunders because they are ignorant of the milieu in which they operate.

“Your only contact with French Canada is through some assistant in your company who has been kept under foot for years,” he said, “who’s been shot down in flames every time he has made a suggestion.”

Late in 1967, Mr. Jasmin became the first non-American to win the Public Relations Society of America’s top award for demonstrating “the exercise of our craft at its highest levels of competence and under the most difficult of circumstances.” The following year he was invested in the Order of Canada.

After Expo 67 ended, Mr. Jasmin became a senior vice-president with Air Canada. He took a senior civil service position in promoting museums and opened his own public-relations firm before retiring in 1990.

He recounted his experience with the world’s fair in an anecdote-rich 1997 book, La Petite histoire d’Expo 67, which was a bestseller in Quebec.

Mr. Jasmin made several public appearances two years ago for events marking the 50th anniversary of the world’s fair, including the premiere of the French-language documentary Expo 67: Mission Impossible. Mr. Jasmin and Philippe de Gaspé Beaubien, who, as director of operations, was known as the mayor of Expo, were interviewed for the documentary. The men also appeared on the popular television show Tout le monde en parle and both were named honorary citizens of Montreal.

A celebration of life was held on July 31 in the former Jamaica Pavilion, one of the few remaining Expo 67 buildings from that unforgettable summer promoted more than a half-century ago by Mr. Jasmin. 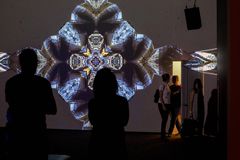 For many, Canada 150 celebrations pale in comparison to nostalgia of Expo 67
June 27, 2017
For Montreal's birthday celebrations, the air will be thick with Expo 67​ nostalgia
April 28, 2017 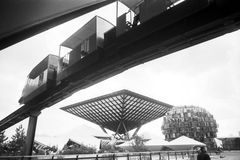