The BC NDP government’s commitment to $10-per-day day care – a high-profile promise in the 2017 election – remains a long way off under the terms of the provincial budget tabled Tuesday.

The budget restated the commitment to affordable daycare, but offered no strict timelines. That disappointed some parents who are struggling to find affordable child care. Kartiki Deshpande, who is paying $1,700 a month for nanny care for her two-year-old daughter in downtown Vancouver, said $10-per-day daycare appears “a dream that’s too good to be true.”

Ms. Deshpande, 34, who has been on waiting lists for two years to access daycare, said the status quo has her largely turning over her paycheques to the nanny, and some relief would be helpful.

Finance Minister Carole James said Tuesday the government is working on a child-care agenda that will be phased in over time. “Over the next year, you’ll see the minister and the ministry doing the evaluation of the prototype of $10-per-day, looking at how we expand [this], looking at how we provide the support for families,” Ms. James told a news media conference.

For now, a pilot project is being tested in 53 locations across the province, creating 2,500 spaces. The project is at its midpoint with an eventual assessment to be done on how to proceed.

BC Liberal child-care critic Laurie Throness took the NDP to task for the child-care provisions of her budget.

“They have failed to live up to expectations, fallen short on their promises and let down parents, providers and educators all over B.C. Just 2 per cent of parents have $10-a-day daycare,” Mr. Throness said in a statement.

The BC NDP platform promised to bring in $10-a-day child care as part of a broader commitment to make the life of voters more affordable. But no timelines were specified. Since taking office, the NDP has said it will need time to enact the promise.

Ms. James touted measures in the budget that will help families to reduce the costs of services and fees, including tolls and medical services premiums.

This budget is creating a B.C. Child Opportunity Benefit that will pay eligible families $1,600 a year for a child under age 18. The benefit increases to $2,600 a year for two children, and $3,400 for three children. Once enacted on Oct. 1, 2020, the benefit will be focused on “those who need it most,” Ms. James said, namely 290,000 families, from poverty to the middle class.

“For anyone who has raised a child, they know how transformational that kind of support will be,” Ms. James said in her budget speech.

The new program will be available to families with one child earning a maximum of $97,500. Families with two children would have the benefit phased out at $114,500.

Ms. Deshpande said she and her husband would not qualify for the program because they earn too much money, but she noted the basic cost of living in downtown Vancouver means they still struggle to pay for child care.

Iglika Ivanova, a senior economist with the Canadian Centre for Policy Alternatives, a non-partisan think tank, said her research has concluded it may actually take eight to 10 years to enact $10-per-day daycare as spaces are created and staff trained.

“Would I like to see it today? Yes. However, I understand that’s not possible,” Ms. Ivanova said in an interview. “I think everybody understands that it cannot be [enacted] overnight.”

Sharon Gregson, spokesperson for the $10aDay campaign for daycare, also said it will not be possible to immediately turn things around, but that the province appears to be on a path to affordable child care. 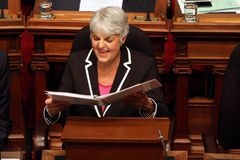 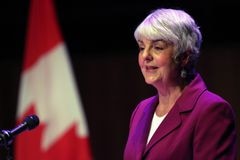