An internal Canada Revenue Agency audit concluded 25 years ago that wealthy new immigrants were buying up most of the priciest houses taken from a sample in and around Vancouver while declaring poverty on their tax returns. But the report was not made public until a five-year access-to-information battle concluded recently.

Housing and immigration academics say the study could have warned the public about the scale of foreign money being parked in Metro Vancouver’s residential real estate – decades before the provincial government began taking meaningful action to slow this trend.

During the federal election campaign, all three major parties have proposed various policies to curb international demand for real estate, which has contributed to rising unaffordability in a number of urban centres.

The Liberals and Conservatives are promising to ban foreign home buyers for at least two years. The New Democrats have pledged to tax those who aren’t Canadian citizens or permanent residents with a 20-per-cent levy – the same penalty imposed in British Columbia’s biggest cities for the past three years.

But critics say the parties need to follow B.C.’s lead to capture even more information about property owners so that they can be taxed more equitably and governments can tamp down international real estate speculation.

The CRA’s analysis from October, 1996, was shared with The Globe and Mail this week after its release to Ian Young, the South China Morning Post’s Vancouver correspondent who first requested the information in 2016 after being leaked portions of the internal memo explaining its findings.

The audit focused on 328 higher-end sales in the suburbs Burnaby and Coquitlam, but the study also analyzed a random sample of 6,060 sales from Vancouver and neighbouring Richmond and discovered “similar demographic results.”

Of the 46 houses bought in Burnaby, staff found 72 per cent were purchased by new arrivals to Vancouver who reported an average total family income of just $16,000. In contrast, the CRA’s chart from the audit showed four buyers who were long-term residents reported average family incomes that were tens of thousands of dollars higher.

This income gap between new immigrants and neighbours who had lived there longer was also observed in Coquitlam, according to the CRA’s chart released in the package of documents.

“It should be noted that an obvious large discrepancy exists between the average total family incomes for long-term Canadian residents and newer Canadian residents,” the author of the memo wrote to his CRA boss. “Furthermore, based on lifestyle and average age of these taxpayers, it is likely that many of these new Canadians still have active business activities, but are not reporting all their sources of income.”

Vancouver lawyer Richard Kurland, who has been helping international clients immigrate to B.C. for 25 years, said the analysis proves the CRA failed to catch those hiding their global income while competing for homes on Canada’s West Coast.

“They knew it was happening and did nothing, so the bleeding continued, taxes were not paid, property was subject to speculation and the end result [is] people in Vancouver are paying many more times than they have to for residential property because the CRA did nothing when it was warned by its own employees about what was going on,” he said.

David Ley, a geography professor at the University of B.C. who studies housing bubbles, said the 1996 report could have spurred politicians to address the anomaly of “apparently poor people buying very rich properties” decades earlier. He said the CRA had long maintained that they it would take too many resources to crack down on home buyers hiding wealth abroad, in large part because other countries they lived in were unlikely to release the pertinent tax information.

The CRA told The Globe this week that the study intentionally focused on cases where the buyer may have been underreporting their income and, thus, “was not intended to, and should not be, extrapolated to the whole population.”

But large parts of the internal communications around the release of this document were redacted because the agency said federal access-to-information law allows consultations or deliberations between government employees, a minister of the Crown or their staff to remain confidential.

The federal agency said it takes cheating its system seriously and has stepped up audits in the hot housing markets of Toronto and Vancouver in recent years. Still, the CRA said its five-year battle with Mr. Young over the release of this document is “clearly not normal, nor is it acceptable; we are continuing to take steps to improve [our] performance.”

Andy Yan, a housing analyst and director of Simon Fraser University’s city program, said the federal government has a lot of tools – such as home loan data and analysis of social demographic changes in neighbourhoods – through which it can confirm or refute how widespread these investment patterns have been. But, ultimately, he said, the CRA has not effectively enforced the country’s tax rules, helping create an unfair system where foreign capital is stored in residential real estate.

“There shouldn’t be any free parking,” said Mr. Yan.

In 2015, a Globe and Mail investigation into public data – including land titles, tax reporting and court records – revealed a similar pattern to the 1996 CRA study that suggested the typical wealthy foreign family buying Vancouver real estate pays little or no income or capital gains tax. These family homes were priced out of reach for many locals whose taxes pay for public services.

The Globe discovered that one in three multimillion-dollar homes bought in Vancouver areas popular with foreign buyers was registered to a homemaker, student or corporation – one indicator of how the identity of the person who actually paid can be hidden.

When a spouse or child sells a property that is registered in their name, the real investor can avoid capital-gains taxes – because the relative in Canada can claim it was their primary residence, therefore not an investment.

This and other Globe investigations helped increase public pressure on the provincial Liberal government to enact Canada’s first tax on foreign homebuyers. After the New Democrats were elected in 2017, in part on their pledge to further crack down on expanding real estate speculation, B.C. implemented a host of new taxes and demand-side tools.

Mr. Kurland said more provinces need to follow B.C.’s lead in requiring that homebuyers declare their country of residence for tax purposes as well as create a registry for beneficial owners – which will come into full force at the end of this year to make it tougher for people to hide real estate investments behind corporations, trusts or partnerships.

He said the CRA’s current “whack-a-mole” approach to catching scofflaws in the housing market relies on auditors digging for specific information in individual cases, but it will soon be able to use algorithms to scour all its tax information and these twin data sets to better catch those hiding wealth in B.C.

“It’s equivalent of an abacus versus a spreadsheet,” said Mr. Kurland, who added that he saw a “massive selling spree” among foreign owners in B.C. before each of those two policies became law.

Rohana Rezel, a software engineer who advocates for more affordable housing by using software and data to uncover speculators in Metro Vancouver’s market, said the most effective federal policy on this issue would be to blanket the whole country with a speculation tax on all homes.

Then, owners could offset this two-per-cent penalty against what they pay to the CRA each year, said Mr. Rezel.

“If you’re paying income taxes of a certain amount it doesn’t apply to you,” said Mr. Rezel, who immigrated to Canada from Sri Lanka in 2008. 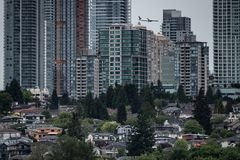 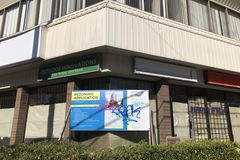 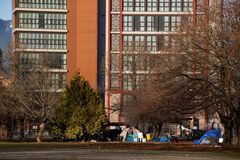