Thirty-four officials at Powerex Corp., the energy trading subsidiary of BC Hydro, each earned more than $300,000 in the latest fiscal year as they benefited from a compensation system that critics fear is undermining British Columbia’s climate action plans.

The compensation structure that includes bonuses has become so distorted that for the fiscal year ending March 31, eight Powerex officials had remuneration greater than the $456,054 collected by Chris O’Riley, chief executive officer of BC Hydro, the province’s largest Crown corporation.

Clean Energy BC, which represents independent power producers or IPPs, said in regulatory filings that bonuses over the years at Powerex have become an integral part of incentives for importing and exporting electricity.

British Columbia is blessed with hydroelectricity, generated mostly by BC Hydro. But IPPs, which include Indigenous groups, say they are worried that their expansion plans for renewable energy will be thwarted by Powerex because the energy marketer places profit from trading ahead of whether electricity supplies are green.

The province’s energy regulator, the B.C. Utilities Commission, regulates BC Hydro’s rates that are charged to residential and business customers. Powerex, as a wholly owned subsidiary of BC Hydro, operates as an unregulated entity that is beyond the jurisdiction of the commission.

The Globe and Mail obtained information on Powerex through transcripts, financial statements and other regulatory filings.

Rob Campbell and Mark Holman, who are Powerex managing directors, earned $915,661 and $913,851, respectively. Benefits such as pension values were excluded from the totals.

Clean Energy BC and Indigenous groups are among the critics who say the BC NDP will be determined to give Powerex greater flexibility in the electricity market, if the NDP wins Saturday’s B.C. general election. In particular, that would allow B.C. energy traders to import more supplies of carbon-intensive power at cheap prices from places such as California, which used natural gas to generate almost half of its electricity in 2018.

Patrick Michell, Chief of the Kanaka Bar Indian Band near Lytton, B.C., said there is too much short-term thinking when the focus should be on renewable energy such as hydroelectricity, solar and wind power. “I think Powerex is a necessary evil but also may have gotten too big for its britches and uses complexity to justify both its existence and importance rather than helping B.C. seek a path toward sustainable and resilient energy self-sufficiency,” Mr. Michell told The Globe this week.

Powerex, which does not operate its own transmission system, seeks to buy surplus electricity at cheap prices or sell B.C. electricity at marked-up prices to third-party entities. The “arbitrage” strategy allows BC Hydro to reduce the rates that it would otherwise need to charge its own customers. During the five-year period ending March 31, 2019, Powerex contributed nearly $900-million in profit at BC Hydro.

BC Hydro spokeswoman Mora Scott defended Powerex’s compensation system. “Trader bonuses are an incentive and retention tool that are necessary to compete in the energy marketing industry,” she said in a statement on Tuesday.

She said B.C. exports six times more electricity to Alberta than it imports from the neighbouring province, helping to reduce Alberta’s greenhouse gas emissions. Alberta, which has been gradually converting to gas-fired power plants by phasing out coal-fired ones, represents only 3 per cent of total imports of electricity into B.C.

“Despite what some may think, the majority of the power imported by Powerex to B.C. is clean,” Ms. Scott said.

Powerex said on its website that British Columbia has a competitive advantage with its clean energy. “Our hydroelectric power is very attractive to Powerex’s trading partners,” it said.

During a hearing this year at the utilities commission, BC Hydro chief financial officer David Wong described the system of bonuses at Powerex as incentive compensation.

“If it relates to the front office staff or the sales staff, marketing and sales staff, then they would get that incentive compensation,” he said in response to a question.

Mr. Wong, the second-highest-paid executive at BC Hydro, had $333,860 in remuneration but 25 Powerex officials earned more than he did in the 2019-20 fiscal year.

In sharp contrast to the lucrative payouts at Powerex, BC Hydro account managers aren’t being offered bonuses to promote electrification within British Columbia, such as signing up industrial customers currently using natural gas.

Mr. O’Riley said during the same hearing that BC Hydro’s key managers are already motivated to do a good job. “They are paid a salary which is fixed for a year and there is not a variable or a bonus component to that,” he said.

Powerex punches well above its weight. The energy marketer has about 175 employees, compared with roughly 6,800 staff at BC Hydro.

The BC NDP minority government introduced an amendment, Bill 17, in June to the province’s Clean Energy Act. The legislation would repeal the mandate that British Columbia be self-sufficient in electricity supplies in average or above-average water conditions. The NDP government, however, withdrew the bill in July amid criticisms from Clean Energy BC, Indigenous groups, the BC Liberals, the BC Green Party and Andrew Weaver, the former Green leader who sat as an independent.

Critics of Bill 17 are concerned about the prospect of an NDP majority government. They fear that the legislation will be reintroduced and reward Powerex for importing electricity from the United States, even with a surplus of B.C. power, including future supplies from BC Hydro’s problem-plagued Site C hydroelectric dam that is scheduled to open in 2024.

BC Hydro makes plans as power demand plummets due to COVID-19 pandemic
May 11, 2020 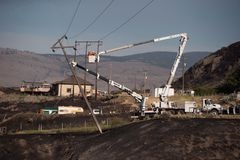 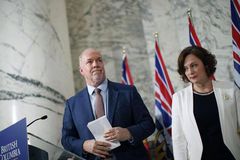 BC Hydro employee aims to screen Indigenous advocacy film to all colleagues
January 4, 2018 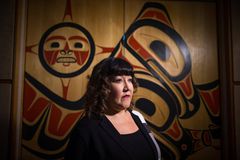