If, like me, you live in a Vancouver neighbourhood you love dearly despite its landlocked status, you still might be a tad envious of folks in Kitsilano and Point Grey who live near the beach.

Well, maybe you wouldn’t want to be right on the water. Sure, their views are great, but the non-stop jostling for parking on hot summer days might get you down. And would you really want everyone staring up at you and your guests sipping cocktails on your expansive deck? No thanks.

But venture back a few blocks where the views are just as good and privacy greater and I bet you will start to dream about long, early morning walks along the ocean as eagles and herons soar overhead. Or maybe your dreams turn to romantic beach picnics, a mere five-minute walk away, skim-boarding at low tide or wave watching from your panoramic oceanside windows on stormy days.

The intoxicating combination of ocean, mountains and beach is a large part of Vancouver’s draw. And yet there are plenty of locals who seldom, if ever, get to the beaches because the best ones are on the far West Side and are not readily accessible to those without a car or good cycling chops.

That’s why park board commissioner John Irwin proposes running an express bus to carry people from East Vancouver to Spanish Banks, Locarno and Jericho beaches during July and August. It’s a great idea that would make access to one of Vancouver’s best features more equitable. Most of his fellow commissioners agreed and this week voted to ask city council and TransLink about the feasibility of a route to provide better beach access for both South and East Vancouver.

Google tells me from my home near Commercial and Broadway it now takes almost an hour by transit to get to Spanish Banks, the furthest of the three. For people living in Vancouver’s rapidly developing River District, it’s worse: one hour and 44 minutes. For those in Marpole, which is on the West Side but far from the ocean, it takes more than an hour as well.

All the routes mentioned by Google involve a minimum 600-metre walk at the end, which is daunting for some. Mr. Irwin points out there is a community shuttle bus that runs from Alma and Broadway to the beaches in summer months, but only on weekends and holidays and catching it means yet another transfer. And few people seem to know it exists, perhaps because Google is in the dark.

Those with cars tend to drive, but on nice days there is nowhere to park; even those using car-share programs need to dump the car somewhere on the back end of the trip. It’s also faster to cycle, but that doesn’t always work for elderly people, those with disabilities or families with young children.

Mr. Irwin doesn’t live in South or East Vancouver. He’s on the edge of Kitsilano and, even from there, when his children were young, it was challenging to take transit to Locarno and Spanish Banks, the preferred beaches for family outings. Kitsilano beach was nearby but it’s a crowded, young person’s scene. Until Mr. Irwin’s children were about 18 months old, he wasn’t comfortable putting them in bike carriers. So, the family occasionally made the trek by bus. “In those days we had twin boys and it was always an adventure to go out anywhere.”

Mr. Irwin is gratified his park board colleagues voted with him, but says support from city council is also needed to add heft to the request. Even then, TransLink may point to the small shuttle and argue the service already exists.

That would be a shame. There are children in East Vancouver who have never been to the beach, Mr. Irwin says. If two months a year of improved transit to the waterfront can reduce vehicle congestion and get more toes in the water, that sounds like a big win. 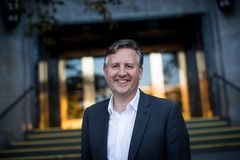 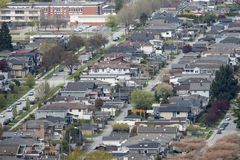 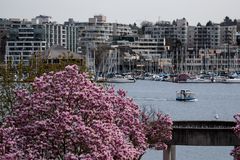