The Columbia River Treaty, an international agreement governing the flow of water between British Columbia and six U.S. states, will be 55 years old this year.

It has not aged well.

The river springs from the Columbia Icefield in the Rocky Mountains of B.C. and winds 1,930 kilometres through the Northwestern United States – Washington, Oregon, Idaho, Montana, Nevada and Wyoming. No other river in North America spills more water into the Pacific Ocean.

It has been polluted by nuclear and other industrial waste, and huge stretches have been blocked to returning salmon by some of the 18 large-scale dams on the Columbia and its main tributary, the Snake River.

The United States pushed for a pact with Canada to manage the Columbia after a deadly flood wiped out the town of Vanport, Ore., in 1948. The agreement would tame the river to meet demands for flood control, power generation and profit sharing.

As part of the deal, a series of dams and reservoirs inundated 110,000 hectares on the Canadian side, with little to no regard for the residents who lost their homes, the farmers and loggers who lost their livelihoods or the First Nations whose burial sites and artifacts disappeared beneath the waters.

The value of the pact, in terms of power generation and flood control, has been lauded by both governments, who regard the agreement as a model of international co-operation. B.C. has reaped billions of dollars through the sale of hydroelectricity, while U.S. communities have been able to count on stable water levels and economic development backed by dependable electricity.

But since 2013, Canada and the United States have been preparing to modernize the agreement. Either side can walk away, with 10 years’ notice, as of 2024. But neither side wants to do that; instead, they want terms that will accommodate values that were ignored when the deal was ratified in September, 1964, by prime minister Lester Pearson and president Lyndon Johnson.

One round of talks was completed last month in Washington, with the next round scheduled for September in Cranbrook, B.C.

This time, Indigenous rights cannot be ignored, nor can the acute threat to Pacific salmon stocks. And a new deal must be able to adapt to an uncertain future brought about by climate change.

Last October, BC Hydro noted a record seasonal low at one of its largest reservoirs on the Columbia, Kinbasket Lake. The flow of the river is governed by snow melt as well as glacial melt, peaking in the spring and gradually slowing through to winter. But the province is warming, and the rhythm of the river’s flow is changing.

The U.S. bargaining team prefers the term “adaptive management,” but climate change has emerged as one of the major issues at the table.

BC Hydro, which manages three treaty dams on the Canadian side of the river, acknowledges that forecasting in a rapidly changing climate is an exercise in “describing uncertainty.” However, looking out to the year 2050, the Crown corporation predicts that most upper Columbia watersheds will see an increase in water supply. The snow melt will start earlier, spring and early summer flows will be substantially higher, but those of late summer and early fall will be substantially lower – predictions that are generally backed by the Pacific Climate Impacts Consortium, a research arm of the University of Victoria.

What that means for the treaty is an increasing need for flexibility.

In the original treaty, in addition to cash up front for flood control, Canada negotiated a share of the additional power generated in the United States. B.C. collects that entitlement, most of which is sold back to the U.S.

But U.S. interests are pushing for more favourable terms. The value of hydroelectric power is in flux, and cheaper alternatives are emerging. That will reshape the order of priorities in the new talks, says Vancouver energy lawyer David Austin.

“The value of the electricity that is generated in the U.S. from water released from Canadian reservoirs has dropped because of the dramatic decline in the cost of other forms of renewable generation such as wind and solar,” he said. “These releases will have a higher value in the U.S. for other uses such as fisheries, flood control and agriculture, which is a huge change from when the treaty was first signed.”

A new treaty will have to take those changes into consideration while juggling a much broader set of demands.

Greg Haller, the executive director of Pacific Rivers, an Oregon-based conservation group, says ecosystem management – regulating the flow to protect salmon stocks in the lower Columbia, for example – is managed on an ad hoc basis now and should be part of any new deal. “Let’s have a system so we can ask for real amounts of water – if we have to pay for it, fine – so that we can meet ecosystem needs.”

In 1934, a Canadian bureaucrat warned his minister of fisheries that the United States was prepared to wipe out the Canadian salmon run on the Columbia River. The technology existed to build fish ladders, but the Grand Coulee dam would not include such a feature. “This structure will therefore completely block the passage of salmon to the spawning grounds in the Canadian section of the Columbia River,” wrote H.H. Wrong. “I feel that I should draw this matter to your attention.”

The brief response, from the deputy minister, was effectively a shrug: “There is no commercial salmon fishery on the Columbia River in Canada … and hence Canadian interests in that respect will not be affected if the dam at Grand Coulee is not equipped with fishway facilities.”

The treaty dams that followed cemented the fate of the salmon, forever altering the Columbia.

While there was no commercial fishery for Canada to defend, the loss of the salmon runs was felt acutely by the region’s Indigenous people. Every year, thousands of First Nations fishermen would line the banks of the upper Columbia to catch the annual runs of salmon and steelhead. An estimated four million salmon were harvested by Indigenous people throughout the Columbia River basin annually, according to a 2015 report produced jointly by the three B.C. First Nations and the 15 U.S. tribes of the region.

Today, those groups are proposing the reintroduction of salmon. Governments on both sides of the border are investing in habitat restoration, and a modern treaty could “offer substantial opportunities to reconcile the consequences of the past, which were based on narrowly-focused decisions on river development and operations,” the report says.

The rights of Indigenous people whose lives were dramatically affected by the development of the Columbia will not be ignored in the new round of talks. Katrine Conroy, the B.C. minister responsible for the Columbia River Treaty, said Canada made history in June when it invited representatives of three First Nations to sit as official observers at the negotiations in Washington.

Their case – that their traditional rights have been trampled – has elevated the restoration of salmon stocks to a serious consideration now. “Returning salmon to the basin is of great importance to the three nations,” Ms. Conroy said in an interview.

The U.S. tribes are still fighting for seats at the table, but their influence is recognized.

Bill Green, a special initiatives adviser for the Ktunaxa Nation Council, says the 1964 treaty entrenched the problems created by the Grand Coulee dam. His people didn’t just lose the salmon, they lost the lands where they hunted and foraged and trapped. Now, there is an opportunity for redress.

“There has been no formal apology about the cultural, social, economic and ecological losses to First Nations as a result of the Columbia River Treaty. That’s a missing piece,” he said. But allowing his nation to take part is important.

Nathan Matthew of the Simpcw First Nation travelled to Washington for the most recent round of treaty talks. “This really is precedent-setting,” he said. “We want the recognition of our rights and title, with respect to lands and resources within our traditional territories in the basin.”

The Columbia River remains a mighty waterway, but it has been forever altered by human intervention. With these new rounds of talks, Canada and the United States have a chance to do better. 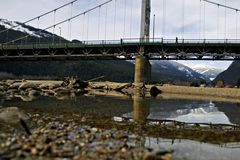 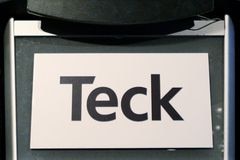