Canada must urgently create public registries that reveal the true owners of corporations in order to shed its international reputation as a destination for laundering the proceeds of crime, an inquiry has heard.

“It is no wonder criminals set their sights on Canada, which has some of the weakest corporate transparency laws in the world,” said James Cohen, representing Transparency International Canada, Canadians For Tax Fairness and Publish What You Pay Canada.

“There are more rigorous checks to obtain a library card than there are to set up a shell company.”

B.C. launched the provincial inquiry amid growing concern that illegal cash was helping to fuel its real estate, luxury car and gambling sectors. Prime Minister Justin Trudeau’s government is participating and says it is committed to tackling the national problem.

Three days of opening arguments concluded Wednesday. The inquiry will reconvene in May to quantify the extent of money laundering in B.C. before main hearings in September through December delve into specific industries.

Mr. Cohen, executive director of Transparency International Canada, said it joined forces with the other two groups in 2016 after the Panama Papers shed new light on wealthy individuals’ use of offshore companies to evade taxes.

The leaked documents from Panamanian law firm Mossack Fonseca also revealed that Canada was being marketed as a location to bring dirty money and have it cleaned like the “pure white snow,” he said.

There are a number of gaps in Canada’s anti-money laundering law, but a key problem is its weak beneficial ownership regime, which allows company owners to remain anonymous, Mr. Cohen said.

He proposed adding owner information to existing business registries already in place in provinces and territories. This addition would deter money laundering while still respecting privacy rights, he argued.

Mr. Cohen said that Britain gathers information about owners that is available to authorities but limits the details that are posted publicly on its registry. For example, an owner’s month and year of birth are posted but not the date.

He praised B.C. for creating a land ownership registry that identifies those buying real estate, as well as the federal government for consulting with provinces and territories on a possible national registry, but he urged swifter action.

“The extent of secrecy granted to companies has come at a high cost to Canadians, particularly in British Columbia,” he said. “Bad actors have exploited Canada’s stable economy, leading to crime, housing unaffordability and increased corruption.”

The organization representing real estate agents in B.C. told the inquiry that it has taken action since several government-commissioned reports found the housing market had become a hotbed for dirty money.

A lawyer for the B.C. Real Estate Association said it supported the province’s land ownership registry and it also struck a working group with others in the sector to make anti-money laundering recommendations.

Chris Weafer asked commissioner Austin Cullen to accept those recommendations, including that the provincial and federal governments create a “comprehensive, efficient enforcement regime” that avoids duplication of reporting practices.

He also pushed back on the idea that mortgage brokers or others in the industry regularly accept cash deposits. This practice has never been common except in extenuating circumstances and even then amounts were modest, he said.

“The regulation of Realtors and the real estate industry is in a state of flux in this province, through taxes, new regulations and legislation,” Mr. Weafer said.

“As a participant in these proceedings, BCREA can provide a practical lens to give the inquiry a boots-on-the-ground perspective of the current and past state of the industry, and provide insight as to what the industry may look like following proposed changes.”

Another key issue is to what extent lawyers should be included in the national anti-money laundering regime, given that they are involved in large purchases of assets and the creation of corporations, partnerships and trusts.

Kevin Westell, representing the Canadian Bar Association and Criminal Defence Advocacy Society, said the regime should not apply to the legal profession. Requiring lawyers to report suspicious activity to the Financial Transactions and Reports Analysis Centre, or Fintrac, would violate solicitor-client privilege, he said.

It would also add to a “disturbing” trend of the B.C. government undermining the work of lawyers, he said, pointing to policies including proposed changes to its public auto insurer that would ban injured people from suing at-fault drivers.

Both the bar association and defence advocacy society recognize the inquiry is important, Mr. Westell said.

“At the same time, both organizations are wary that the zealous search for solutions to the money laundering problem will lead to investigative and regulatory overreach that could endanger the independence of lawyers, the privacy of private citizens and the rights of all Canadians to a free and just society.” 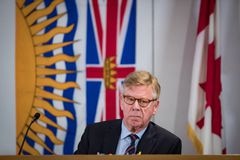 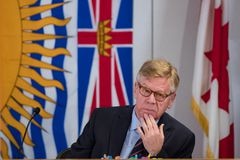