The acting chief executive officer of the Royal BC Museum and Archives says he is confident the organization will emerge from its current difficulties as an investigation is underway into allegations of racism at the institution and its CEO departed on Friday.

Daniel Muzyka, who also retains his position as board chair, spoke with The Globe and Mail on Thursday, one day before moving into the interim role.

“I do absolutely believe that the museum will learn, will adapt and will move past this and ... will change in that process,” Dr. Muzyka said.

Jack Lohman’s departure as CEO was described in a museum news release this week as a mutual decision made “in the best interests of the organization.”

Dr. Muzyka said the joint decision was made over “weeks” of discussions.

“There have been regular conversations and, at some point, we jointly decided that it was time for Jack to leave and we agreed it was time to close one chapter at the museum and start a new one as we move forward with modernization of buildings and practices,” Dr. Muzyka said. He would not share specifics of when or how the decision was made. But he said no new developments triggered it.

“I can tell you that there’s been ongoing dialogue and it came to a point where we both said this is a good time.”

The search for a permanent replacement is to begin immediately, he said, with the hope that a new CEO will be in place in six months.

The change in leadership comes after months of controversy and revelations of what some staff have called a toxic and racist workplace.

Last summer, Lucy Bell resigned as head of the museum’s First Nations Department and Repatriation Program, and in her going-away speech listed instances of racism she had experienced at the institution.

The B.C. Public Service Agency launched a third-party investigation. The museum brought in a diversity and inclusion consultant, whose work includes educational programs such as active-bystander training. Both initiatives are ongoing.

The Globe and Mail reported in January that an internal survey on workplace culture conducted as part of the consultant’s work found that overall, staff felt the museum is “a dysfunctional and ‘toxic’ workplace, characterized by a culture of fear and distrust.”

Troy Sebastian, whose term as Indigenous collection curator at the museum ended on Feb. 12, has publicly criticized the institution, which he described on Twitter this week as “wicked.” Mr. Sebastian, who is Ktunaxa, has called for the investigation to go beyond allegations of racist incidents to examine systemic racism.

The investigation is looking at “all aspects” of the organization, Dr. Muzyka said when asked about systemic racism. “Nothing’s been put to the side. It’s all open. The board’s very clear that there are no issues that will be put aside.”

He could not say whether the investigation is actively looking at systemic racism, as a third party is conducting it, and the museum is not yet privy to any details – or findings. A timetable has not been established to release the results.

A revised organizational structure announced in January includes the new role of director of Indigenous partnerships, a position on the museum’s executive committee. An Indigenous advisory and advocacy committee now reports at each board meeting.

B.C. Premier John Horgan said this week that he was “alarmed” about the allegations of racism. He said the findings of the investigation will be made public. And he pointed out that Melanie Mark, the minister responsible for the museum, is Indigenous. “Nobody takes this more seriously than Minister Mark, and I’m grateful that she is in place at this difficult time.”

And Dr. Muzyka, former president and CEO of the Conference Board of Canada and former dean of the Sauder School of Business at the University of British Columbia, said he feels positive about the museum’s future. “I am more than optimistic. I think organizations go through culture changes – and this one, we’ll go through it and we’ll make it to the other side.” 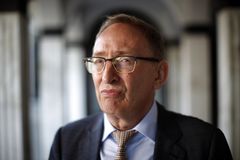 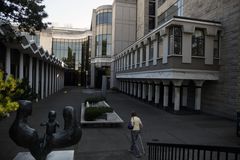