When Harold Steves first won a seat on Richmond city council he campaigned as an eco-warrior on a mission to preserve local farmland and reduce Fraser River pollution. That was 1968, a time when environmental activists as we now know them barely existed. In those years, great swaths of the city’s rich farmland were being chewed up by residential development, threatening its roots as a farming and fishing community. There was a plan afoot to dump raw sewage from one new subdivision straight into the river and Mr. Steves’ dairy farm on its banks was in the eye of the political storm.

Some 50 years later, Mr. Steves is still on council. He may not be Canada’s longest serving city councillor – he’s lost track of a few contemporaries in other cities. But he reckons he’s in the top five.

Thousands of council meetings and public hearings have not dampened his crusade to enhance B.C.‘s food security and protect the natural environment. “It became,” he says, “my life.” Mr. Steves is to B.C.‘s farmland as Tommy Douglas was to Canada’s health care; one of those rare activist politicians who has lived to see many of his dreams realized. Although massive environmental challenges still loom, attitudes have shifted and decisions on the issues he sought to daylight now increasingly tilt in his favour.

Shoppers line up at farmers’ markets to buy local. Municipal governments seek to bolster food security with community farm and garden programs. The environmental lobby to protect the Fraser River and coastal waters from pollutants has gone from fringe to mainstream. Development proposals encroaching on protected agricultural lands routinely meet with fierce opposition. And today, environmentalists like Mr. Steves get elected at all levels of government.

Which is why, last week, Mr. Steves at 83, announced he won’t seek re-election. It’s not that he thinks there are no fights left to fight; his Twitter handle is ClimateChange Steves. It’s more that he is confident there are young, capable people behind him, ready to take up where he will leave off.

His political career developed in sync with the North American environmental movement. U.S. biologist Rachel Carson’s pivotal book Silent Spring had been on the shelves for six years when Mr. Steves organized Canada’s first environmental group, Richmond Anti-Pollution Association, to oppose the sewage discharge. City council of the day was ignoring the group’s demands, so they fielded candidates in the election and Mr. Steves won. He and his supporters won the fight for sewage treatment as well.

Mr. Steves left Richmond council to serve one term as an MLA with Dave Barrett’s NDP government, where he helped found the Agricultural Land Reserve (ALR), to protect B.C. farmland. When the NDP fell, Mr. Steves once again ran for a seat on Richmond city council where he has remained ever since

For many years he was a lone voice on a succession of development-friendly councils, railing against incursions into ALR and the building of mega-mansions, some exceeding 20,000 square feet, on farms. He recently won that fight too; homes built in Richmond’s ALR are now capped at 4,300 square feet.

Despite Mr. Steves’ many wins, B.C. is still far from food secure, a point driven home by supply chain wobbles caused by COVID-19. A recent report by Davies International Consulting for Metro Vancouver found B.C. is almost completely self-reliant when it comes to milk and eggs. But 63 per cent of our vegetables and 79 per cent of our fruits are imported from other countries. This is due in part to our short growing season, but also our failure to farm all the ALR land.

There is some hope on that front as well. Mr. Steves is particularly proud of plans to increase farm production on unused ALR lands and in partnership with Kwantlen Polytechnic University’s farm sustainable agriculture program, transform Richmond’s Garden City Lands into a park filled with organic gardens.

Among Mr. Steves’ admirers is Vancouver Green Party leader Adriane Carr, who praises him as a visionary who understood why the ALR was important. Fires, water depletion, drought and now the coronavirus are wreaking havoc on American agriculture production where much of our food is grown. And while it can’t provide us with everything, at least B.C. has the ALR. When he finally does retire, we must all thank Mr. Steves for that. 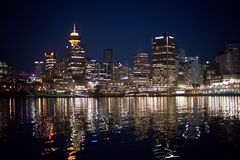 Opinion
Jason Kenney’s war with doctors is on – and no one will win
Subscriber content
July 17, 2020