Last Saturday night, Spencer Coyne, the mayor of Princeton, B.C., dragged himself home after a sixth straight day leading his small mountain town’s recovery efforts from the disastrous flooding that swept through it a week earlier.

As he played on the floor with his 11-month-old son, Quinisco, he dozed off. His partner, Jessica Blue, took pity and left him there.

“I woke up all numb on one side,” Mr. Coyne recounted the next morning from his Town Hall office. He says he got five hours of sleep – the best he’s managed since the flood struck.

Princeton, like other B.C. communities including Tulameen, Coalmont, Merritt and Abbotsford, was hit hard by the flooding from a weather phenomenon called an “atmospheric river” of precipitation, which broke at least 20 rainfall records across southern parts of the province.

It triggered deadly landslides and widespread flooding that wiped out portions of major highways. In Princeton, 288 kilometres east of Vancouver and sandwiched between the Similkameen and Tulameen Rivers, the Tulameen breached a dike protecting the town in two places about 600 metres apart. 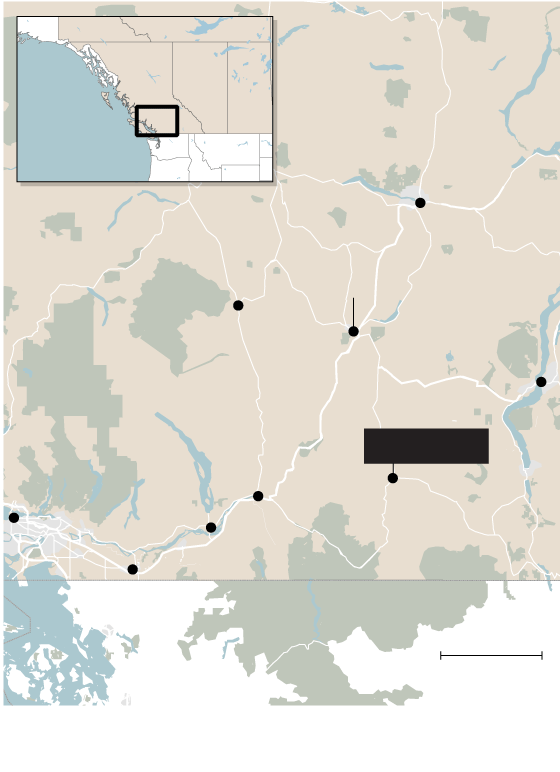 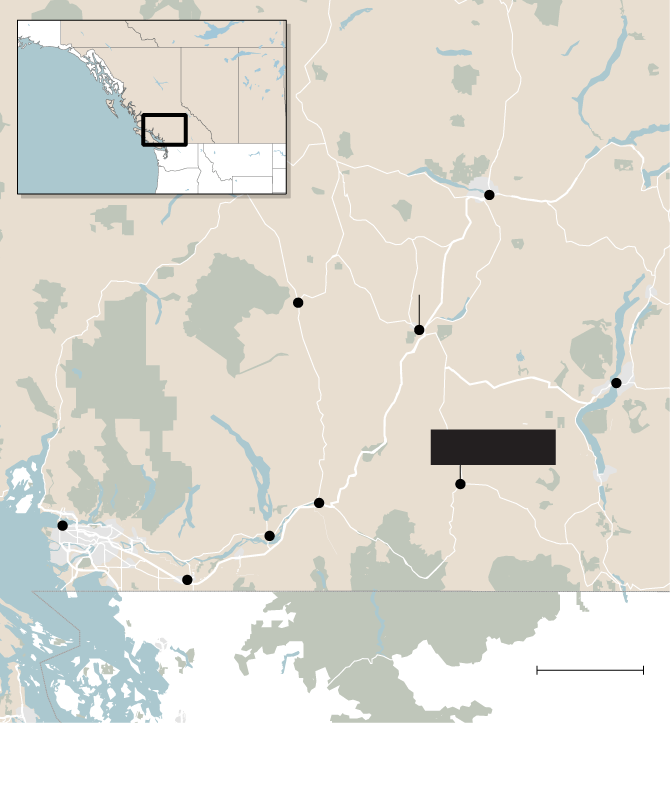 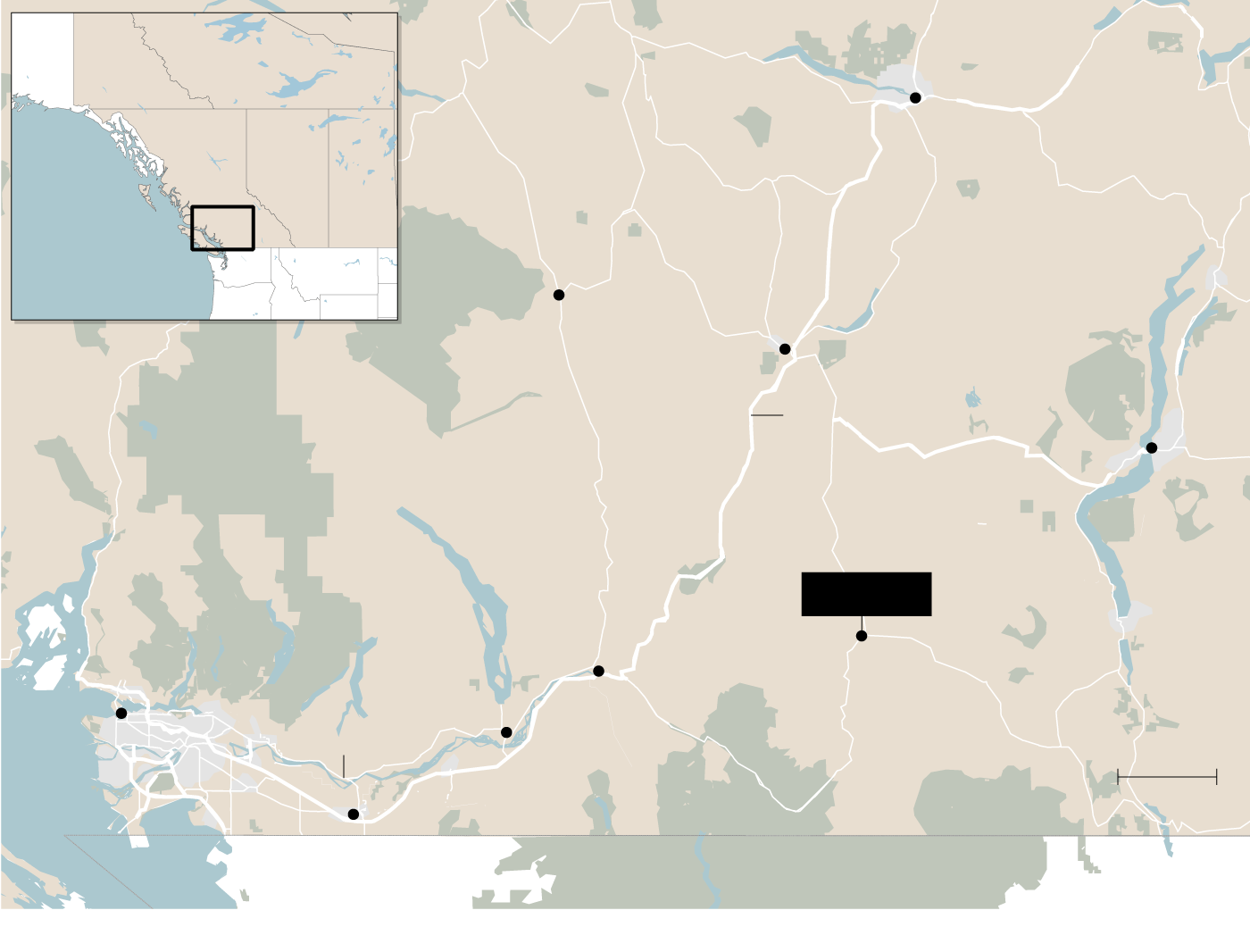 The flooding has also pushed small-town mayors and councillors to the limit as they struggle to lead their communities through recovery efforts on a scale few could have imagined when they ran for office.

Mr. Coyne was in his office early on Sunday. Wearing an orange Town of Princeton jersey and a ball cap and fuelled only by a leftover Subway cookie and a coffee, he was marshalling a staff of 34 – a dozen management and office staff, the rest public-works employees out in the field.

The 43-year-old mayor is more often seen around town in work boots and a high-vis vest or coat, than a suit jacket. He breaks out into belly laughs frequently – humour helps in the face of disaster.

Mr. Coyne, born in Princeton, was elected three years ago in a big victory that saw the entire incumbent council replaced by fresh faces.

He oozes a vigorous love for the town, which he has channelled into sometimes heated discussions with officials at various levels of government who aren’t forthcoming with what Mr. Coyne thinks his town needs.

Last weekend, Mr. Coyne told reporters he’d requested help from the Canadian Armed Forces but heard nothing. When asked what the federal government was doing to help in Princeton, he answered: “There’s not a lot of federal government help here.”

On Tuesday, a house fire broke out in the north part of town. With no water service in that neighbourhood, it was a challenge to put out.

Water, gas and electricity were still off for more than 100 homes. The towns four water mains are substantially damaged. Hoses running from fire hydrants around the town are being used to deliver water, but it’s too contaminated for use in cooking or washing. Even toilets in the many affected homes can’t be flushed.

Conditions remain dire in town, and more wet and freezing weather is expected in the coming days. But Wednesday morning, Mr. Coyne sent a photo of himself to a Globe and Mail reporter with soldiers in camo uniforms. “We are getting a platoon,” was all he had the time to text.

Later on Wednesday, Mr. Coyne posted an update on Facebook. “We met with the Canadian Forces team, they will be around town and then a platoon will arrive to start working in the community. They cannot go on private property but we are working with them to help with sidewalks and sandbags,” he said.

“I cannot express how relieved I am to have some help on the ground.”

Mr. Coyne has deep roots in Princeton, where he lives on a family farm that was purchased around 1928.

“This isn’t just a place to live for me. This is my home,” he said, explaining his devotion to this town of 3,000. “There’s no leaving this place for me.”

There isn’t either for Julia Linquist, if she can help it, though she only moved to Princeton five years ago. In front of the house she rents, neighbours, co-workers and people she barely knows were piling sodden belongings – including a mattress, a vintage radio and a huge stuffed penguin – into her muddy yard.

That Sunday morning, a Rapid Damage Assessment Team with the regional district completed assessments of the 295 homes affected when the Tulameen busted the dikes. The front doors of afflicted homes were tagged with red, yellow or green placards.

Red meant a home was likely damaged beyond repair and couldn’t be entered without special authorization. Yellow meant a less damaged home could be entered for limited purposes, such as disposing of contaminated contents. Green meant the home could be reoccupied if not in an evacuation zone.

In Princeton, four homes got red notices. The number of yellow notices is in the high 200s. Some residents lost everything.

Ms. Linquist, 61, a cook at the local Little Creek Restaurant, had a yellow notice on her door. On the mud-slopped floor of her living room sat a large bucket filled with penguins of every sort: wind-up toy penguins, ceramics ones, pottery versions. A woman walked past with a drippy, stuffed penguin poking out of a green garbage bag. Ms. Linquist looked at it hopefully but was told it wasn’t salvageable.

The night the flood began she got an evacuation alert on her phone about 10:30 p.m. She walked up to a nearby bridge over the Tulameen River but couldn’t see how high it was running. She was helping with sandbagging efforts in the pouring rain when the dike there broke.

“I rushed home. I poured myself a glass of wine, sat on the couch, and then heard a knock on the door.” Someone outside hollered that water was gushing over her sidewalk. “I grabbed one cat, a pair of jeans, underwear and socks. Out the door I went.”

Opening her door, the turbid water was nearly to her waist. Returning the next day – it had receded down to her knees – she found her other cat and penguins bobbing all around the main floor.

At Princeton’s equipment yard, “water came in like a tidal wave,” Mr. Coyne recounted. Two workers managed to escape when the water blew out the windows of the truck they were in. In total, five crew vehicles were destroyed. All the town’s radios – plus tools, lawn mowers, snow blowers, clothing gear, not to mention new Christmas lights meant to be hung with wreaths along a stretch of the scenic Kettle Valley Railway pathway – are at the bottom of the Tulameen.

But radios have been replaced, trucks borrowed, and emergency work continues. Princeton is in a race against winter. It needs to fix broken gas, water and sewage lines, and to turn on heat and electricity in areas where it can, before freezing weather can do more damage to unfinished repairs. Copper Mountain Mining Corp. has offered the town help with equipment. FortisBC is installing a lift station at the sewage plant.

But Mr. Coyne said the humanitarian part of recovery efforts was “falling through the cracks.” So he found the Red Cross a building where it can provide aid to residents.

Over social media, town management asked members of the Princeton Posse, the local Junior B hockey team, to help out exhausted townsfolk and business owners. That evening and the following days, players in their jerseys were lending a hand to move damaged items out of people’s homes. Town council and staff were still trying to figure ways to help the many displaced residents with long-term housing.

Shortly after 11:30 a.m. on Sunday, Mr. Coyne jumped in his yellow Nissan Xterra and began driving around town, checking on crew progress and speaking to residents about their needs. His cellphone rang constantly. He made a stop at the one-runway airport where the small lounge was crammed with people bringing in dogs and cats in animal carriers.

K9 Advocates Manitoba, an animal rescue organization, had been transporting 76 dogs and cats to Abbotsford for adoption when landslides and road closures forced its truck to stop in Princeton. The animals were parsed out to residents who, responding to a desperate Facebook post, quickly offered to foster them despite the disaster unfolding in their town.

Now, after a week, members of ALERT, an organization based in Penticton, 70 kilometres away, which rescues pets and livestock during disasters, were helping to load the animals onto a twin-engine plane operated by Oceanside Air Ltd. It would have to make the short flight twice to get all of them to Abbotsford.

As Mr. Coyne drove around, people waved to him as he went by. One man came up to the window when Mr. Coyne pulled over a moment and told him he was doing a good job. Another person said he was a hands-on mayor with a big heart.

Mr. Coyne brushed aside questions of whether he feels like he’s in over his head. He noted that he and many of his staff, including his CEO, grew up in Princeton and know pretty much every inch of it. Mr. Coyne had studied history and sociology in university, planning to be a teacher, but didn’t finish. When he returned to Princeton, he held a variety of jobs: He was an ad salesman and political columnist at two local newspapers; a Zamboni driver; a manager at The Source electronics store; a restaurant cook.

”There’s a kind of constant crisis management going on in a restaurant kitchen,” he said. “You might have five things on your mind at once.”

It’s been like that with the flood, but multiplied and, of course, lives and futures are at stake. “But yeah,” Mr. Coyne said, “I’m the first one to ask for help when I need help. Do I know everything? Hell no. But that’s why I have a team. What we don’t know, we call for help and ask.”

The Tulameen, snaking past town and agitated by that atmospheric river extreme-weather event, has badly bitten Princeton. But the town is determined not to be swallowed.

“This community is strong and resilient,” Mr. Coyne said. “I might be the media face of this right now, but this has little to do with me. It’s about the people in the community working together.”

How do ‘atmospheric rivers’ work and why did one land on B.C. so suddenly?

Gary Mason: Canada’s climate reckoning is upon us. The costs of ignoring the warnings will be enormous

Editorial: Rebuilding B.C.’s infrastructure must be a national priority