Short-term rental bookings are starting to climb from the lows of the pandemic shutdowns, potentially shifting the picture for long-term renters in British Columbia’s near-zero-vacancy cities and its vacation communities.

Many housing advocates and tourist cities here and elsewhere had seen the collapse of Airbnb-type bookings in March and April as a sign of potential relief for renters in the Lower Mainland’s near zero-vacancy rental market hoping those short-term units will be converted to housing and for communities fearing travelling vacationers during a pandemic.

But that relief appears to be diminishing.

“A number of Airbnbs have transitioned to long term for the moment. But I suspect now we’re going to have a lot of people out of their home,” said Vancouver Councillor Pete Fry, who had a motion before council this week calling for new rules for short-term rentals because of the pandemic. (It was deferred to a later meeting.)

He also said that the residential-tenancy board could end up being overwhelmed with complaints, as short-term rental operators try to evict those people they rented to for longer terms as they see the short-term market coming back.

That trend is also showing up for B.C. and the country as a whole, as well as the U.S. The airdna.co website shows that bookings in Canada have grown from a low of 18,000 for the April 6 report to 48,000 in the June 1 report, which was posted this week. It was 61,000 in the first week of February.

On top of that, the world’s prime short-term vacation rental platform, Airbnb, is announcing a new initiative to promote and facilitate rentals that are within an easy drive of people’s permanent homes, because that’s what surveys show potential vacationers are looking for.

"Airbnb ... launched Go Near, a new initiative to support economic growth through local travel," said a news release from the company Thursday. "In a survey commissioned by Airbnb, nearly half of US respondents said they’ll prefer to stay within a day’s drive for their first trip once lockdown restrictions lift. Since the pandemic began, the percentage of bookings made on Airbnb within 200 miles, a round trip travelers can generally complete on one tank of gas, has grown from one-third in February to over half in May."

All of that is adding more complexity to what many say is a very muddled and potentially concerning picture in B.C. about the future of both vacation rentals and long-term rentals.

Vancouver-area landlords have been reporting very slight rises in vacancy rates in the last month.

It’s not the only factor, though. Landlords and property managers say there are many dynamics at play, with many of them being impossible to assess at the moment.

"The biggest wild card is what's going to happen with international students in the fall. They take up a lot of units," said Nick Marini, who oversees rentals for about 2,500 investor-owned units on behalf of Macdonald Property Management.

Some are wondering whether the turmoil in Hong Kong will lead to more demand for housing here and more pressure on the rental market as a result. “Vancouver is a special case, because it has the flow from Asia,” said Professor Ken Rosen, the chair of the Berkeley Haas Fisher Center for Real Estate and Urban Economics in California.

On the other side of the housing-demand picture, Prof. Rosen expects that many cities, especially San Francisco and likely Vancouver, will see some younger people move away to the suburbs because they won’t need to work in a downtown office. 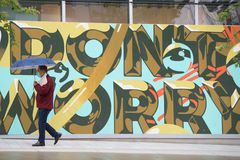 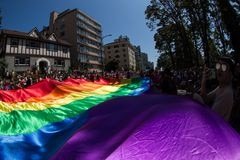