If there were Albertans surprised by the severity of the United Conservative budget tabled this week, they clearly had not been paying attention.

Premier Jason Kenney had made restoring fiscal sanity in the province his raison d’être. It was the central focus of his campaign during the past provincial election – one he took in a landslide. He later commissioned a report by a panel of eminent economists that confirmed everything the Premier had been saying: Alberta had an out-of-control spending problem.

And then to make sure the public wasn’t surprised by what was in store, he rented airtime on the eve of the budget to warn people that they were going to have to adjust their expectations. It also allowed him an opportunity to partially blame Justin Trudeau (naturally) and the previous NDP government for the province’s problems.

If the Premier hadn’t used the opportunity to fire a partisan shot at his rivals, he wouldn’t have been able to live with himself.

The fact is, the cost-cutting measures introduced by the UCP on Thursday – $1.3-billion in cuts and the elimination of more than 2,000 public-sector jobs – were long overdue. They were the consequence of years of mostly conservative administrations, rich with oil revenues, failing to institute any kind of fiscal rigour when it came to public spending.

And so spend they did.

One has to go back more than a quarter of a century to find a reference point for this kind of restraint. That, of course, was the draconian cost-cutting program carried out by then-premier Ralph Klein, one of the most popular political leaders in the province’s history. Mr. Kenney may one day be amid those in the gallery of beloved Alberta premiers, but it’s early days yet.

Mr. Kenney is as astute a politician as you’ll find. He knows that a budget as tough as this one will cost him political capital – something he has an abundance of at the moment. And any time he feels like his tank his running low, he merely needs to launch into an attack on Mr. Trudeau to fill it right back up.

There are a couple of other things that make this type of budget easier for him. One of his targets is postsecondary students, a constituency not known for voting conservative. Their costs are going to go up dramatically. And one city that will particularly bear the brunt of cuts is Edmonton, one of the few places in the province that mostly turned its back on the UCP in the past election.

There is also this: The first year of a mandate is always the best time to introduce measures a government knows will be unpopular.

It should be noted that most of the cutting and slashing wouldn’t be necessary if the province had a sales tax similar to ones that exist in every province in the country. But everyone agrees that his would be political suicide for any politician who suggested it; not having a sales tax is considered a birthright in Alberta.

So, if you don’t want a sales tax, and your government needs to deal with a massive funding shortfall, you’d better not complain when the result is serious cuts to programs and services.

The fact is Alberta was in desperate need of the type of economic reappraisal now under way. Public-sector wages had become drastically misaligned with the rest of the country. Per capita spending on government services and salaries have long outstripped other provinces by wide margins, with little to show for it in terms of better outcomes. It’s been estimated that if Alberta reduced its per capita public-sector spending to the average of Ontario, B.C. and Quebec, it could save $10-billion annually.

Alberta’s public-sector unions are already promising war. Mr. Kenney, never one to back down from a fight, is likely relishing it. He knows that the vast swath of those living in the province don’t have cushy government jobs and have likely been hurt by the downturn in the oil and gas industry. They’ll have the Premier’s back in any confrontation that breaks out with unions trying to protect the status quo.

Alberta Finance Minister Travis Toews said that the government will eliminate the $8.7-billion deficit by 2022-23. There will be no easy way to do it, he said, as the boom times won’t be coming back any time soon.

Alberta is now going to see how the other half lives.

‘This is not a boom-time scenario’: Alberta Finance Minister projects modest recovery for oil sector in budget Subscriber content
October 25, 2019 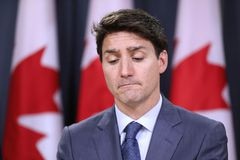