The British Columbia Review Board is considering whether a psychiatric hospital director should have the discretion to allow limited, unescorted access into the community for a man who was found not criminally responsible in the killing of his three children.

A lawyer for Allan Schoenborn told the board today that the director would have the discretion to grant community access based on any future progress made by his client in treatment at the Forensic Psychiatric Hospital in Coquitlam.

In 2015, the review board gave the psychiatric hospital the discretion to grant Schoenborn escorted outings.

Schoenborn has been held at the hospital since 2010 after being convicted of killing his 10-year-old daughter and two sons, aged eight and five, in April 2008.

A B.C. Supreme Court trial heard Schoenborn believed he was saving them from a life of sexual and physical abuse.

Dr. Robert Lacroix told the three-member panel that Schoenborn’s progress in treatment has been positive.

Since the director of the institution was granted the discretion to allow Schoenborn limited, staff supported community outings, he has been on about 20, which Lacroix said have been “unremarkable.”

Lacroix said there have been three behavioural incidents of note since the last review board hearing in January 2019, all of which involved provocation by another patient.

The psychiatrist said Schoenborn has often shown restraint while being the target of persistent taunting by other patients who are familiar with Schoenborn’s case.

Lacroix said he interprets those incidents within the context of the institution, where Schoenborn often interacts with other patients experiencing symptoms of mental illness. The doctor said he doesn’t believe Schoenborn would react the same way outside the institution.

Schoenborn’s psychotic illness has been in remission for years, he said, adding there has been no evidence of his symptoms returning.

Schoenborn has participated in a drug and alcohol treatment program that Lacroix would like to see him complete before considering a request for unescorted community access.

The outings would not be for leisure, rather for psychosocial programs, he said.

Lacroix said he would also want to see Schoenborn continue with larger supervised outings and increased interaction with the public before unescorted access to the community is considered.

In 2017, a B.C. Supreme Court judge ruled against an application to have Schoenborn declared a dangerous offender – a designation that would have quashed the possibility that Schoenborn could leave the hospital.

Mother of three slain children dies after years of advocacy in the criminal justice system
June 14, 2019 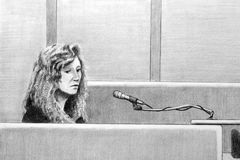 Mother of slain children lives in fear over father's possible escorted outings
November 20, 2017
Review board orders B.C. man who killed kids to remain in custody
November 17, 2017
Report an error
Due to technical reasons, we have temporarily removed commenting from our articles. We hope to have this fixed soon. Thank you for your patience. If you are looking to give feedback on our new site, please send it along to feedback@globeandmail.com. If you want to write a letter to the editor, please forward to letters@globeandmail.com.
Comments are closed