The B.C. economy is starting to recover from the effects of the pandemic, a new fiscal update shows, but for students, municipalities and some businesses, the shift means that the province is now seeking to collect on temporary relief offered in the early months of the economic shutdown.

Finance Minister Selina Robinson said Thursday that the province is unlikely to fully recover from the pandemic-induced global recession before the end of 2022, and only after widespread immunization for COVID-19 has been achieved, and global travel restrictions ease. But already in B.C., housing and consumer spending have surpassed pre-pandemic levels, while employment has almost returned to February numbers.

“Our economy is en route to recovery,” she said. After an estimated 400,000 job losses in the spring, when the pandemic sparked widespread restrictions on activities and travel, B.C. has counted seven consecutive months of job growth. “This is the highest job-recovery rate of any of Canada’s four largest provinces,” Ms. Robinson noted.

However, B.C.’s recovery is uneven, with deep inequities revealed as many entry-level and low-wage jobs have evaporated due to pandemic restrictions on travel and gatherings.

Those job losses have hit young workers hard. The unemployment rate for people aged between 15 and 24 years was 14.1 per cent in November, but the six-month moratorium on student-loan collection has ended and now the province is seeking to collect $70-million from students.

Tanysha Klassen, chairperson of the B.C. Federation of Students, said the repayment requirement didn’t come as a surprise, but it is tough because the economic recovery isn’t being felt by many students.

“It’s super unfortunate the moratorium is ending, when it feels like we are in the middle of this pandemic,” Ms. Klassen said. “Students and young people are often working in service and hospitality sectors, which are still hit hard. So it’s pretty tough out there for people who want to keep going to school.”

Students are not the only ones seeing their pandemic relief dry up. BC Hydro had deferred $103-million in payments for industrial customers, and those payments are now due to be collected. And the grace period for municipalities to remit more than $1-billion in school taxes expires at the end of the year.

The province is not expecting it will be able to collect on all it is owed. “There may be payment defaults on some of these revenues owed to government, depending on the breadth and duration of the pandemic, as well as consumer and business confidence and behaviour,” the province’s fiscal update report warns.

Ms. Robinson, speaking to reporters, would not commit to extending the deferrals. “We’re back to 98.5 per cent of the jobs that were lost … which is a good sign,” she said. “We’re monitoring very closely. We’re going to continue to be responsive to businesses and to individuals.”

Job losses have been highest in sectors including construction, retail, accommodation and food services. Those losses have been offset, in part, by the growth in professional and manufacturing jobs since February.

The Finance Minister said the government is focused on retraining opportunities because it is unclear when some sectors, such as tourism, will recover.

The province has committed to $10-billion in pandemic emergency measures this year, and the deficit is now forecast to reach $13.6-billion. That figure includes $2-billion in new pandemic spending measures approved this week in the legislature.

Still, the province currently retains its long-term triple-A credit rating, although two of the four major bond-rating agencies have given B.C. a negative outlook in the short term.

Since the past fiscal update three months ago, provincial revenues have fared better than projected, with gains in income taxes and property transfer taxes because of a strong housing market. Private-sector economists forecast that the economy will shrink by 5.2 per cent this year – just below the national average of 5.7 per cent. In 2021, the economy is expected to grow by 4.5 per cent – in line with the national average.

However, the uncertainty of the forecasts remains significant. “The major risks to the updated economic and fiscal forecasts continue to be the extent of the spread or containment of the virus in B.C. and its major trading partners; the timing, efficacy, availability and distribution of COVID‑19 vaccines; and the behaviour and confidence of individuals, consumers and businesses,” the fiscal update states. 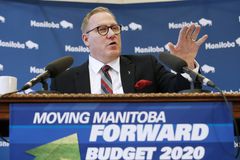 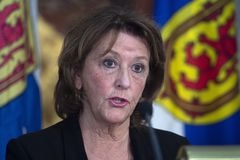 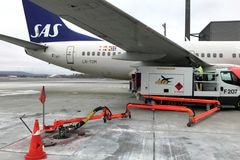