Xiao Xu
VANCOUVER
Published May 7, 2021 Updated May 7, 2021
Comments
Text Size
Please log in to listen to this story. Also available in French and Mandarin. Log In Create Free Account

A Vancouver lawyer is calling on the Vancouver Police Department to improve its hate crime reporting system to ensure its online complaint process is translated into multiple languages.

Steve Ngo said garbage was thrown at his car and the perpetrator hurled racial slurs at him last month. When he tried to phone the police to report the event, he was on the line for over half an hour and no one picked up. So he attempted to make the complaint online and found the hate crime reporting form was only available in traditional and simplified Chinese. But Mr. Ngo, who was born in Canada, does not read the language.

Now, Mr. Ngo and other members of the Asian Canadian community have translated the form into eight languages including English, Vietnamese, Tagalog, Korean and Japanese. The group is calling on Vancouver Police to adopt the new form.

“I personally had to do a Google Translate to access police services. There must be hundreds of others who are simply stuck and have nowhere to go,” Mr. Ngo said. “People are bleeding right now [and] are suffering … We have to act now.”

Vancouver Police Board reported in February that anti-Asian hate-crime incidents rose to 98 in 2020 from 12 in 2019.

Sergeant Steve Addison of the Vancouver Police Department said the force is reviewing its processes for reporting hate-crimes, but no decisions have been made.

He said online forms were created last year after Vancouver experienced a spike in hate crimes against people who appear East Asian. He noted many of these crimes occurred in Chinatown and Strathcona, where many people are of Chinese descent.

“Since their creation, the forms have been used very infrequently,” he said, adding the police always encourage people to call 911 or the VPD non-emergency line to report a crime in the first instance, and the forms were meant to be an extra option for people who wished to report incidents.

Many forces in Canada such as the RCMP and Toronto Police Service still rely on people coming in person or phoning when they wish to report a hate incident. There is no online option.

In Ottawa, an online form is available in English only. In Montreal, online hate incidents must be reported in either English or French.

Constable Laura Brabant of Toronto Police Service said hate crimes are a service priority, so she encourages people to call the police so officers can be dispatched to a scene quickly.

But Irfan Chaudhry, director of MacEwan University’s Office of Human Rights, Diversity, and Equity in Edmonton, said while a phone call makes the most sense if an urgent matter occurs, increased demands on police services across the country mean there may not be an immediate response.

“And so I think having that option of whether a phone call to 911, follow up with the hate crime police officer or an online space to be able to at least validate and document what had happened. Those are ways that can supplement,” he said in an interview.

Inspector Marie-Claude Dandenault, who oversees Montreal Police Department’s hate crimes unit, said the force will scramble an officer who speaks a victim’s language to come handle their report in person if they cannot fill in the online form in English or French. Or, she said, if no one is available, they have contracted out these translation services to a firm.

B.C. RCMP’s Janelle Shoihet said in B.C., the RCMP has officers who speak more than 100 languages, who may be called upon to take a report. Where no officer is available, they may rely on a friend or family member to interpret, or in some cases engage an interpretation service.

Prof. Chaudhry said a major obstacle for people to report a hate-motivated incident is their belief that police won’t take effective action.

He explained that hate crime laws in Canada are fairly limited, so many complaints don’t meet the threshold of hate crime, as defined by the Criminal Code. But then, that’s where people feel there’s an ineffectiveness of policing, he said.

“And so that’s where I think being able to provide other options for at least documenting and providing people a space to report. At least people know there’s a space that these things to get taken seriously and that these experiences, as unfortunate as they are, will get validated through different community networks of support.”

Data shows an increase in anti-Asian hate incidents in Canada since onset of pandemic
September 13, 2020 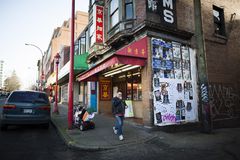 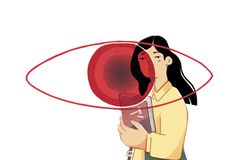 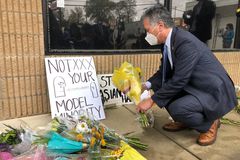