The B.C. government has abandoned its balanced budget law for the next three years, laying out the long runway for economic recovery amid the COVID-19 pandemic.

“It may take three years to be able to address the fiscal challenges that we’re going to face in our province,” Ms. James told reporters. “This has had an impact on every sector, every part of the economy.”

In addition, the province has moved to the next phase of easing pandemic restrictions. Earlier in the day, Premier John Horgan and Dr. Bonnie Henry, the Provincial Health Officer, gave the green light for recreational travel within the province, permitting the reopening of hotels, resorts and campgrounds. The film and television industry – a key economic driver – is also allowed to resume production.

“I’m confident British Columbians are prepared and ready to act responsibly,” Mr. Horgan said. “This is an extraordinary summer that will require a continued effort by all B.C.-ers to respect your neighbours, respect the communities you’re going to.”

While the travel changes will be a much-needed boost for the hospitality sector, the larger economic challenge is coming into focus.

The provincial budget tabled in February, which forecast a small surplus, has been derailed. By how much, the government won’t say.

“I can tell you that it is a hole and it’s a big one. And it is shared by every province in the country, every state in the union below us, and nations around the world,” the Premier said. “It has been catastrophic for the economy.”

The province’s vaunted triple-A credit rating remains in place, but three major bond rating agencies have flagged concerns about the B.C. economy in the short term.

S&P Global has revised its outlook for the province from stable to negative – putting the province on notice that its credit rating could be downgraded if the economy is slow to recover. “The negative outlook reflects our view that B.C.‘s fiscal strength, while likely to remain superior to that of other Canadian provinces, could deteriorate to a level no longer consistent with a ‘AAA’ rating within the next 12-24 months,” the agency said in its update.

Moody’s still rates British Columbia as stable and triple-A, but warns of rising debt and deficit in the short term. “A long history of balanced fiscal results and accumulated surpluses allows the province to weather some of the near-term economic and fiscal pressures stemming from the current coronavirus pandemic. We expect that the pandemic will result in higher debt burden and modest consolidated deficits in 2020/21 and 2021/22, but will not have material long-term credit implications.”

DBRS Morningstar predicts B.C. can weather the downturn owing to its “underlying strength and diversity of the province’s economy and disciplined fiscal policy and management practices, which enabled B.C. to enter this downturn with considerable fiscal flexibility and a strong balance sheet.” The agency projects a deficit of $9.5-billion this year.

Liberal Opposition Leader Andrew Wilkinson called on the government to provide updated fiscal figures so legislators can debate a realistic budget in the legislative session that resumed this week. The Finance Ministry is set to release an economic update on July 14, which he said is not soon enough.

“We all know tax revenue has collapsed,” he said. “And yet we have a provincial government that won’t come forward with the whole story about the fiscal situation.”

Economist Jock Finlayson of the Business Council of B.C. said the budget Ms. James introduced in February is “irrelevant” and he expects to see the deficit this year reach as high as $10-billion.

“Our general assessment of the Horgan government’s performance is that they have done a good job managing the public-health aspects of the crisis,” Mr. Finlayson said. The staged economic reopening plan is solid, he added.

“But there is little evidence the government has summoned the will or developed the ideas needed to kick-start the recovery and rebuild a shattered B.C. economy – one that needs to find a way to survive and prosper in what is becoming a harsher and more unforgiving world.” 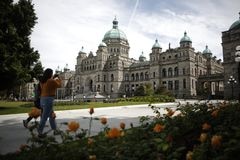 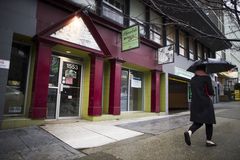 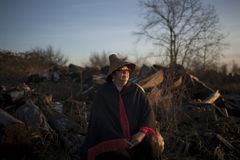