To get ahead in show business, Vancouver actor Don McLeod was recently thrown into a window, and ran beside a 1968 Dodge Charger while delivering humorous lines to the driver.

Mr. McLeod, who has worked on about 27 B.C.-made TV and film productions in the past six years, also cheerfully recalls the “pretty awesome” experience of blowing up a van with a grenade launcher.

All of this was in a single weekend’s work on Vancouver-region locations while making a 10-minute trailer for a TV series called Black and Blue – about a pair of undercover cops – that Mr. McLeod and his friend and fellow actor Jesse Hutch have recently been filming. The trailer, set to be finished next month, is intended as a calling card to convince a producer, network or other party to provide financial support to make the series.

The volunteer help of actors and other professionals in B.C’s booming production sector helped make this happen. Mr. McLeod and Mr. Hutch figure they received about $400,000 worth of in-kind services so only had to put up $6,500 of their own money.

“They were all very organized. They knew what they wanted. I got in and got out. I was very happy with the experience and the work," says Vancouver actor Adrian Holmes, who starred in the Bravo TV series 19-2 as a Montreal police officer. He spent a day playing the boss of the police characters played by Mr. Hutch and Mr. McLeod.

“If we are capable to step up and help out, I think it’s a responsibility we have as actors in the industry,” he said.

As the annual Vancouver International Film Festival begins this week, the gathering will not only feature movies from around the world, but will include talks, master classes and seminars from about 100 creators on hand to offer their professional stories as a kind of pep talk to an audience that includes would-be B.C. creators. The festival runs from Sept. 26 to Oct. 11.

Notables in Vancouver for the film festival will include Canadian director Atom Egoyan, and acclaimed U.S. documentary filmmaker Michael Moore. But the roster will also feature veteran composer Jeff Russo, who composed music for TV’s Star Trek: Discovery, and is scoring the looming Star Trek: Picard series. Also, there’s Arianne Phillips, costume designer for the feature film Once Upon A Time in Hollywood.

“It’s undeniable that we are a production city, in a lot of ways, a blue-collar production city and that a lot of the jobs here involve the labour versus the creativity of the work," says Ken Tsui, the festival’s industry programming producer.

“But I think of the film festival as a cradle or platform of creativity.”

British Columbia, particularly the Lower Mainland, is the setting for 40 per cent of Canada’s annual feature film and TV production – Toronto and Montreal are the other key centres. However, most of the B.C. production is financed by Hollywood, complicating the efforts of workers in the province to launch their own efforts. Actors and equipment are both booked up for U.S. productions.

But there’s a drive to get ahead. “As actors, we sit around generally and we wait for someone to pick up the phone and say, `You got the part’ or for Hollywood to put us in something; and we didn’t want to wait," Mr. McLeod said of the project that so far has taken five years of work.

Still, Mr. Hutch hopes the volunteer initiative that has brought Black and Blue this far is a one-shot deal.

“I don’t want to come back and ask these people to do the same thing in another five years. I want to be able to go and find the funding for this thing, do a full-blown television series and hire everyone of those people back, and say, `What’s your rate?’ and go to work.” 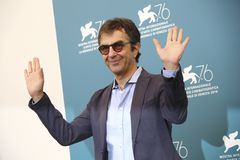 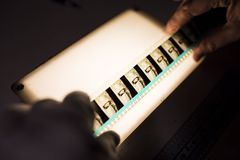