British Columbia is settling a multimillion-dollar class action brought by victims of a social worker who spent more than a decade stealing thousands of dollars in government assistance from 102 foster children under his care, the majority of whom were Indigenous.

Documents filed Tuesday in provincial Supreme Court propose an agreement to be approved by a judge later this month that would offer between $25,000 and $250,000 to former youth in care harmed by Robert Riley Saunders. The social worker, who had faked his degree to get hired, handled their cases in Kelowna from 2001 until he was fired in 2018.

The provincial Ministry of Children and Family Development, B.C.‘s Director of Child Welfare and the unnamed plaintiff, who is still in care and represented by lawyer Jason Gratl, agree in the notice of application that Mr. Saunders treated the children with “indiscriminate neglect, indifference, abusiveness and selfishness.”

The total cost of this settlement could stretch upward of $15-million if most of the plaintiffs can prove his misconduct led to further harms, which include sexual exploitation, psychological damage, homelessness or delays to their education. These elevated damages would be capped at $181,000 per plaintiff, according to the 31-page application filed Tuesday.

“Riley Saunders misappropriated funds allocated for payment of rent by class members, which had the effect of rendering them homeless or perpetuating their homelessness,” the notice of claim states. “In addition to misappropriating funds, Riley Saunders failed to extend supports, including counselling, mental health and addictions support to class members he knew to be homeless.”

In one case, the documents allege Mr. Saunders was approached by a father desperate to put his daughter into safe housing because he feared he was about to be assassinated by a local gang. The social worker refused and the girl “was exposed to the targeted shooting of her biological father due to Riley Saunders’ neglect,” the documents state.

Former youth in his care have filed 18 lawsuits against the province so far over his misconduct, with four cases having been settled, according to the new court documents. Those who opt into the proposed class action would have to drop their individual legal challenges.

None of the allegations against Mr. Saunders have been proven in court. He has not responded to any of the civil suits and his whereabouts are unknown.

Mr. Gratl, who alleges Mr. Saunders spent the $400,000 in rent cheques he stole on “frivolities” such as VIP Canucks tickets and trips to Las Vegas, said the former social worker was last seen three weeks ago working at a golf course on the Alberta side of the Rockies.

Earlier this year, Kelowna RCMP concluded their criminal investigation into Mr. Saunders’s actions and forwarded a report to the B.C. Prosecution Service for charge approval. On Wednesday, a provincial Crown spokesperson said the agency was still assessing the report from Mounties before deciding whether to charge the suspect.

In March, 2019, someone called Mr. Gratl’s law firm alleging Mr. Saunders had forged his bachelor in social work from the University of Manitoba to get hired by the Ministry of Children and Family Development. B.C.‘s Deputy Director of Child Welfare followed up on this tip and confirmed the forgery with the university registrar, according to an affidavit filed by Mr. Gratl’s paralegal Tuesday.

A spokesperson for the provincial ministry did not respond to a request to comment on what safeguards have been put in place since this forgery was uncovered.

In a 2018 news release sent after civil suits against Mr. Saunders and the province were launched, the ministry said it has taken steps to review financial controls and ensure funds are not misappropriated, and it has offered supports and services including counselling to the children and youth who were affected since the allegations came to light. 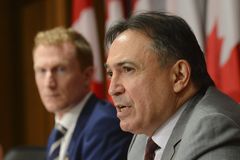