In July of 2015, an RCMP officer investigating the flow of money into a B.C. casino told the province’s lottery corporation that officers looking for a “minnow” had instead found a “whale.” More than $13.5-million would be deemed to have passed through the River Rock’s cash cages in a single month, mostly in $20 bills.

Although a report on money laundering at B.C. casinos this week highlighted some of the RCMP’s investigative success, it also provided a glimpse inside a force with shifting priorities, dwindling interest in financial crime and loss in expertise.

The report, written by former RCMP deputy commissioner Peter German, said that around 2012 the force “realigned its priorities to deal with present and emerging threats, most notably terrorism.” The report said there was then a dramatic decrease in commercial crime and proceeds-of-crime cases.

“At present, the RCMP is redeveloping its capacity to deal with commercial fraud and money laundering, however what took only the stroke of a pen to abolish will take many years to redevelop,” it said.

The report noted that while the RCMP is Canada’s federal police force, in B.C. it is also the provincial force and provides contract policing in cities such as Surrey, Burnaby and Richmond.

The report said the Lower Mainland contains the greatest concentration of operational RCMP officers in the country but “despite the huge number of resources, only a small percentage is dedicated to proceeds of crime and money laundering duties.”

It said the lack of federal policing between 2012 and 2017 when it came to financial crime displaced responsibility to provincial and municipal police departments, which generally did not have the resources or expertise to take on the complex files.

In an interview, Mr. German said a combination of shifting mandates and changes in structures to fight organized crime caused the RCMP “not to be in the game for a number of years.”

He said he believed it had been a mistake to move away from the dedicated sections for financial crime.

The RCMP did not provide a response to a request for comment.

In a response to Mr. German that is included in his report, the RCMP said evidence from two significant investigations identified several criminal offences. The report said the RCMP made it abundantly clear that large quantities of cash that entered Lower Mainland casinos were the proceeds of crime.

The report said B.C.’s dysfunctional regulatory regime for casinos enabled large-scale money laundering by organized crime. It said the money laundering represented a collective system failure and that the Crown-owned B.C. Lottery Corp. and the province’s gambling enforcement branch had been in conflict for a number of years.

Rob Gordon, a professor of criminology at Simon Fraser University, said in an interview that the blame for the situation lies with the province, not police.

But he said the RCMP’s broad mandate is also a hindrance.

“Their ability to tackle significant issues like transnational crime, in my view, is frustrated by the fact that they’re trying to be all things to all people,” he said. “They’re bound to fail. It’s stretched too thinly and unable therefore to concentrate their efforts on specialized enforcement.”

When asked if the report pointed to a need for a single Lower Mainland police force, Mr. Gordon said he believed the issue of transnational crime was best left to a federal unit.

The report recommended that a specialized police force be established to focus on criminal and regulatory investigations arising from the gambling industry, with an emphasis on Lower Mainland casinos. The unit would be funded out of gambling revenue and similar forces in Ontario and Nevada could serve as a model.

The report at one point told of a B.C. Lottery Corp. official who had difficulty getting the RCMP to investigate the influence of organized crime at casinos. The report said the BCLC official reached out to various police agencies around late 2014, including the Richmond RCMP detachment, the RCMP’s federal and serious organized crime unit, and B.C.’s Combined Forces Special Enforcement Unit.

The report quoted the BCLC as saying its members “had to sell ourselves to [RCMP] units.” It said the BCLC “got lucky” because of a personal connection between one of its employees and a senior RCMP officer. 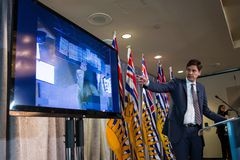 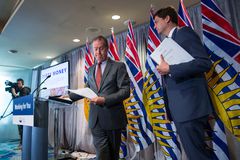 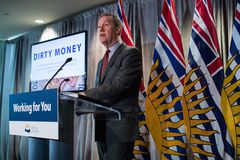