For more than a century, the community of Trail in B.C.’s Kootenays has been a mining town. More recently, it has landed the MIDAS Fab Lab, a business incubator for startup companies that is helping diversify the region’s economy through research and development of digital fabrication industries.

Since opening a little more than three years ago, the lab has provided skills training for more than 100 workers, supported the development of more than 90 prototypes, created or expanded a dozen businesses and helped generate $3-million in sales.

The commitment is in the mandate letter given to Bruce Ralston when he was named minister of jobs, trade and technology in 2017: “Establish B.C. as a preferred location for new and emerging technologies by supporting venture capital investment in B.C. startups ... [and] ensure that the benefits of technology and innovation are felt around the province.”

But, ahead of the Feb. 18 provincial budget that Finance Minister Carole James is determined to balance, government has been trimming its contributions to help expand the tech industry – especially in rural communities. Funding for Innovate BC is drying up, while the Rural Dividend Fund has been suspended.

In the Kootenays, those dollars helped develop the MIDAS lab and the soon-to-open Nelson Innovation Centre. Those are just some of the tech projects designed to help B.C.'s rural communities – typically built on boom-and-bust natural-resource industries – become more economically resilient.

The high-tech industry in the Kootenays is generating half a billion dollars a year in economic activity, said Cam Whitehead, executive director of the Kootenay Association for Science & Technology. “These are higher paying jobs, and they’re driving wealth to smaller communities."

But the barriers to success are higher than in urban areas.

“These are small businesses in rural communities,” he said in an interview. “They don’t have the opportunity to connect with all of the resources, which are centred in the Lower Mainland and larger urban centres. This is a huge opportunity to drive a transition from the traditional natural resource-based economy to one which is fully in line with transitioning to a clean economy in the digital age.”

The B.C. Rural Dividend program was established under the former Liberal government to help small communities strengthen and diversify their local economies. The NDP government suspended it, describing it as a slush fund.

Mr. Whitehead doesn’t care what the program is called, he is just hoping the province will find some funding to help carry on with the good work it was producing.

“It wasn’t perfect, but it’s delivered so much, to so many. The eligibility was broad and that was great. It was flexible for technology and innovation projects in our area.”

Mr. Ralston was not available for comment, but a spokesman for the ministry said the money has been rerouted to helping forestry communities that are facing a dramatic downsizing.

“With regard to the Rural Dividend Fund, Forest, Lands, Natural Resource Operations and Rural Development staff have retained those applications and are assisting in redirecting them to other sources wherever possible," Lori Cascaden said in a statement.

Jill Tipping, president and CEO of the BC Tech Association, raised the alarm about B.C.'s low investments in high tech last year, which threatened to force a Vancouver-based business incubator to close its doors. After The Globe and Mail reported on the potential loss, the federal government stepped in with crucial dollars to avert the closure.

She said the province has since offered encouragement, but little in the way of financial support.

“The tech sector is thriving, but could be doing even better both in urban settings and in rural settings," she said in an interview.

While B.C. is pinching pennies in high-tech support, Alberta and Ontario are spending far more to attract tech growth. Ms. Tipping said it should not be difficult sell: For every dollar invested in B.C. technology industries, governments collect more than $10 in tax revenue.

“Government has a role to promote growth and stability and to provide the necessary infrastructure. And so, when people say to me, ‘We can’t afford it,’ my response is, you can’t afford not to,” she said. “Yes, we need balanced budgets and we need to manage spending, but we also need to be preparing for the future.” 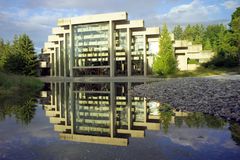 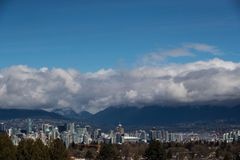