One mentally ill youth hospitalized in British Columbia recalls being restrained to a bed and injected with medication as she screamed for her mom while another says drugs turned him into a “zombie” when he needed therapy for his emotional issues.

The harrowing memories are among those in a report released Tuesday by the province’s representative for children and youth.

Jennifer Charlesworth is calling on the B.C. government to amend the Mental Health Act so youth are informed about what type of care they will receive and have a right to a second opinion and legal advice.

Too often, youth described feeling confused, caged and terrified while being involuntarily kept in hospital, the report says.

“For the young people we heard from, detention was largely experienced as one more trauma on a trail of traumas,” Ms. Charlesworth told an online news conference. “The bottom line is the Mental Health Act is not designed with the needs of children and youth in mind and is not meeting the needs of young people in this province.”

Many youth consulted for the report remembered being isolated and restrained, but legislation and regulation to guide the use of those measures does not exist, unlike for residential care facilities and youth custody centres, she said.

“She said she wasn’t even referred to by name. She was referred to as ‘that native girl,’” Ms. Charlesworth said.

What’s also troubling is that the number of children held under the Mental Health Act has increased over a decade by an alarming 162 per cent and is continuing to rise, Ms. Charlesworth said, adding hospital stays are longer because of a lack of community supports.

While the Health Ministry has said Indigenous youth are disproportionately hospitalized for mental-health concerns, there’s a lack of data, including on the number of Indigenous children in psychiatric units and use of restraints and seclusion rooms without reviewing individual files, Ms. Charlesworth said.

“We were unable to use data received from the Ministry of Health regarding the length of time that children and youth are detained under the Mental Health Act out of concerns raised by the health authorities about its accuracy,” she said.

“Further, the number of children who are hospitalized at the request of their parents and without their consent is unknown.”

Ms. Charlesworth has made 14 recommendations, including the need to identify why involuntary mental-health detentions are rising.

She also called for an independent agency to be notified every time a young person is held under the Mental Health Act and that the agency provide rights advice and advocacy.

First Nations, Métis or Inuit children or youth should receive culturally appropriate care and have the right to notify their community or nation of their involuntary admission, Ms. Charlesworth said.

Mental Health and Addictions Minister Sheila Malcolmson said her ministry is working across the government and with health authorities to resolve the issue of proper data collection.

“It’s something that needs to be done,” Ms. Malcolmson said, adding the province is getting input from First Nations groups in providing care that is culturally appropriate, especially because racism has been identified as an issue in health care facilities.

Some policy and regulation changes could be made quickly to deliver better care for youth without amendments to the Mental Health Act, Ms. Malcolmson said.

“I’m open to that, but we need to have some broader conversations about the fastest and best way forward.”

The province paused legislation last July to amend the act to keep youth who overdosed in care for up to a week after Ms. Charlesworth and some First Nations groups said youth worried about being detained would fear asking for help.

Cheryl Casimer, an executive member of the First Nations Summit, said in a statement that the sharp rise in youth detained under the Mental Health Act is unacceptable.

“We demand an immediate redirection of resources to see young people supported by a community-based and voluntary system of wellness and expect to see this reflected in the next budget,” she said. 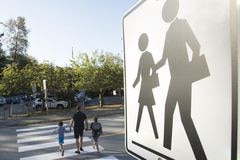 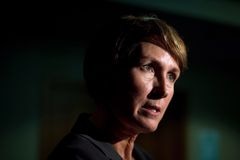 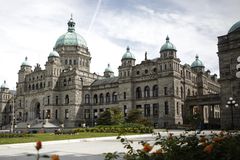