British Columbia’s highest court has struck down Victoria’s bylaw banning single-use plastic bags as outside the city’s jurisdiction, upending the local government’s attempt to cut down on plastic waste and imperilling similar bans elsewhere in the province.

The unanimous B.C. Court of Appeal ruling, issued Thursday, also underscores the industry’s willingness to challenge local bans on plastic bags, which are becoming increasingly common across the country. The industry is also preparing for the federal government’s plan to ban single-use plastics including bags, straws and other items as early as 2021.

The Canadian Plastic Bag Association, a national plastics industry lobby group that has previously challenged bans in other cities, including Toronto, filed a lawsuit after Victoria city council voted to ban plastic bags. Since last July, businesses in Victoria have been prohibited from offering or selling disposable plastic bags and required to charge customers for paper and reusable bags.

The Court of Appeal judges concluded that provincial legislation governing cities in B.C. requires the Environment Minister to sign off on bylaws that deal with environmental protection.

“One can understand that the province might wish to have the right to approve, or withhold approval of, municipal bylaws relating to environmental protection in order to ensure that a patchwork of different municipal laws does not hamper provincial environmental programs,” Justice Mary Newbury wrote.

Victoria Mayor Lisa Helps told reporters after the decision was released that her city didn’t seek initial provincial approval for the bylaw because “waste management is very clearly a municipal responsibility.”

“These bags end up in the landfill, they are costly and so we wanted to make sure that the business regulations that we have in place don’t cost taxpayers more in other places,” Ms. Helps said, adding that the ban has stopped an estimated 17 million bags from entering the municipal dump.

The ruling overturns an earlier decision from the B.C. Supreme Court.

B.C.'s Ministry of Environment and Climate Change Strategy issued a statement saying the province is currently reviewing the decision and is “looking at ways to prevent plastic waste in our environment at a province-wide level.”

The Canadian Plastic Bag Association issued a short statement saying it was pleased the court found the bag ban “invalid” and is now studying the judgment.

In 2012, when Toronto city council proposed such a ban, the Canadian Plastic Bag Association and the Ontario Convenience Stores Association each filed lawsuits against the city. Council, led by then-mayor Rob Ford, eventually backed off and dropped the idea.

The association also sent the Montreal suburb of Brossard a legal threat when that community first contemplated a ban in 2016. The ban passed later that year.

A Retail Council of Canada database counts 35 communities across the country as having outright or partial bans on single-use plastic bags, with 19 in Quebec alone.

The Canadian Plastics Industry Association, which has partnered with the plastic-bag group on previous campaigns pushing back against such policies, did not return requests for comment.

Ms. Helps said her city’s legal department is now studying whether to appeal to the Supreme Court of Canada.

She said Victoria’s bylaw has been copied – without seeking approval from B.C. – by other communities across the province, which now may be vulnerable to the same legal challenges.

A spokesperson for the City of Vancouver’s engineering department said staff are studying how the decision affects the province’s biggest city, which is in the process of phasing out foam cups and takeout containers and is scheduled to revisit what to do with single-use plastic products this November. Vancouver is governed by a different law – the Vancouver Charter – than other cities in B.C. and is not subject to the same language about permission from the Environment Minister.

Vancouver Councillor Adriane Carr, a co-founder of the provincial Green Party, said if B.C. is not prepared to prohibit single-use plastics then it should allow for the “logical transfer of power” to municipalities so that they can properly regulate the materials used within their borders. 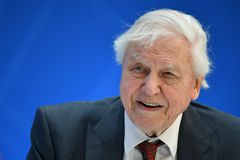 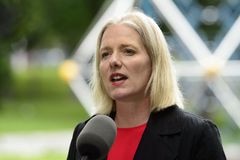 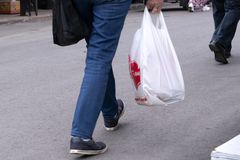