Three hundred more non-resident women gave birth at a handful of Canadian hospitals in 2019 compared with the year prior, with the largest increases occurring at two Toronto-area hospitals and one within Vancouver.

The statistics from the Canadian Institute for Health Information show that Richmond, B.C., still registers the highest number of these births in the country, with 502, or one out of every four babies born last year involving women who are not Canadian residents.

The national tally of births from non-resident mothers represents only 1.6 per cent of all births across Canada last year, save Quebec, but locals in and around Richmond have denounced the practice of “birth tourism” – where women travel to Canada to deliver a baby who will then gain Canadian citizenship.

While municipal, provincial and federal politicians want the practice banned, Andrew Griffith said the data he obtained from the Crown corporation captures those women, as well as students studying in Canada and women who live here but who have not completed the citizenship process.

Mr. Griffith, an Ottawa-based fellow at the Canadian Global Affairs Institute and a former high-level federal bureaucrat, said because of the lack of precise data, the long-term impact of any birth tourists remains unclear.

It is legal for non-residents to give birth in Canada, which then grants the baby citizenship, but Mr. Griffith said changing birthright citizenship probably isn’t worth the effort at this time given the numbers.

“Are you going to penalize the 99 per cent to address a problem that affects the 1 per cent?”

The data show that after Richmond Hospital, North York’s Humber River Hospital had the next-highest number of these births last year at 329, followed by Mackenzie Health’s facility in Richmond Hill, Ont., with 287. Vancouver’s St. Paul’s Hospital recorded 202 during the 2019 fiscal year, more than double the number recorded five years earlier.

Spokespeople for these various hospitals told The Globe and Mail on Monday they never deny or delay care to anyone based on their residency status, but they do seek compensation for this care from patients without medical coverage, with these fees covering the treatment.

Richmond Mayor Malcolm Brodie said steps need to be taken to prohibit birth tourism, which he said is creating pressure on resources of the city’s lone hospital.

“It is fundamentally not right that people would adopt a strategy to come here and have their babies and then go back without contributing in any meaningful way to the local economy or paying taxes here or any other form of support,” he said in an interview.

In February, Richmond City Council wrote letters to Prime Minister Justin Trudeau and other federal and provincial politicians requesting a change to immigration laws to end “this strategic opportunity taken by people who have no official connection to Canada.”

A year ago, Joe Peschisolido, Liberal MP for Steveston-Richmond East, called on his government to end the practice of birth tourism, telling The Globe that he had spoken with then-minister of immigration, refugees and citizenship minister Ahmed Hussen about the issue.

On Monday, the federal Immigration Minister’s head spokesperson said Ottawa is focused on cracking down on immigration fraud and while “birth tourism is not widespread” the department is researching the extent of the practice to see how many of these non-resident mothers are tourists.

Yousif Samarrai, who recently wrote his master’s thesis in public policy on the issue at Simon Fraser University, said “birth tourism” has become so controversial in B.C. because unlicensed hotel companies in Richmond have been caught marketing packages to expectant Chinese mothers.

He said a simple fix to this issue would be to require a new parent to submit their own social insurance number in order to get a birth certificate – and the resulting citizenship – for their child. Every class of visitor to Canada receives a SIN except tourists, he said.

“The whole idea of changing these laws is you don’t want to impact anybody that’s coming here through legitimate means,” Mr. Samarrai said. “However, if we change the administrative way that people attain a birth certificate, that’s a little more practical.”

Canadian hospitals saw a sudden drop in premature births during the pandemic. Now researchers are trying to find out why
August 8, 2020 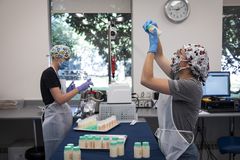 Opinion
COVID-19 will make the global baby bust even worse – but Canada stands to benefit
August 8, 2020 World population could peak at 9.7-billion by 2064, a new study published in The Lancet says
Subscriber content
July 15, 2020 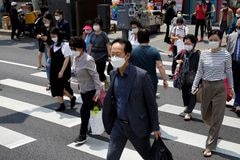 Follow Xiao Xu and Mike Hager on Twitter @xiaoxuyvr @MikePHager
Report an error Editorial code of conduct
Due to technical reasons, we have temporarily removed commenting from our articles. We hope to have this fixed soon. Thank you for your patience. If you are looking to give feedback on our new site, please send it along to feedback@globeandmail.com. If you want to write a letter to the editor, please forward to letters@globeandmail.com.
Comments