The battle for seats in B.C. in the last days of this fall’s federal election campaign has drawn out a bitter rivalry between New Democrats and Greens in the fight to secure progressive votes.

On Vancouver Island, where the Greens hope to take four or five seats, an NDP-sponsored leaflet delivered to households in every riding warned that the Greens would prop up a Conservative minority government.

“Does the Green Party really share your values?” it asks, pointing to news reports that suggest a potential Green-Conservative alliance should Andrew Scheer secure the numbers to form a minority government on Oct. 21.

Federal Green Leader Elizabeth May accused the NDP of twisting her words: “The NDP should not be spreading lies,” she told reporters at a campaign event in Victoria on Wednesday. “It’s absolutely outrageous.”

For veterans of British Columbia’s 2017 election, it is a familiar scene.

In the provincial arena, the tone came from the top. Throughout four years sharing the opposition benches, BC NDP Leader John Horgan and the province’s Green Leader Andrew Weaver had displayed a personal animosity toward each other.

During the 2017 election campaign, those hostilities were amplified – and it extended to grassroots campaign workers who scrapped viciously through social media.

“They threw everything at us," recalled Jillian Oliver, who was the Greens’ press secretary during the 2017 campaign. The level of vitriol from people she regarded as fellow progressives was disturbing: “They did not seem to have a bottom to the tactics they were willing to use.”

Yet when Mr. Weaver recently announced his decision to retire from politics, Mr. Horgan made sure he was the first in line to heap praise on his friend, the Green Leader who went on to prop up an NDP minority government.

That transformation was prompted by the results of the the 2017 election.

Voters did not send a clear victor back to the legislature: Neither the Liberals nor the NDP had quite enough seats to form a majority government, leaving three Green MLAs holding the balance of power.

The Greens entered into negotiations with both parties. During those talks, Mr. Weaver and Mr. Horgan discovered something unexpected: They liked each other.

Bob Dewar, who ran the NDP election campaign and currently serves as the premier’s special adviser, said the dynamics of the campaign can generate hard feelings: “Campaigns are about choices, and you have to contrast your choices against the other party’s."

Once the votes were counted, the parties had a chance to look at what they could achieve together. “We both looked at our platforms and picked out the things we had in common," he said.

There was enough, he said, for the NDP to offer to form a coalition government that would have given the Greens a seat at the cabinet table. The Greens rejected that offer, instead hammering out a detailed agreement that allowed Mr. Horgan to topple the Liberal government.

Since that time, the two leaders forged a friendship that has helped keep the province’s minority government on a steady keel.

On Oct. 7 of this year, Mr. Weaver announced his intent to step down as party leader. He listed a string of accomplishments achieved through the minority government and promised to ensure that it stands until the next election, set for the fall of 2021.

Mr. Dewar, in an interview Wednesday, said the provincial Greens and New Democrats who now find themselves on opposing sides in this federal campaign have to be mindful that they don’t undermine that relationship.

“After Monday night, when we have results in, provincially, we’ll go back to working with each other," he said.

Ms. Oliver also expects a ceasefire once the ballots are counted. “The vast majority of people get into politics for the right reasons,” she said. “Once the campaign is over and you get to focus again on why you were in it in the first place, on the things that matter, I have faith, they will be able to work it out.”

Editor’s note: A previous headline on this story incorrectly referred to the B.C. government as a coalition. 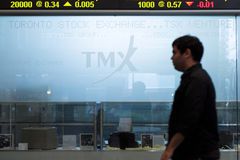 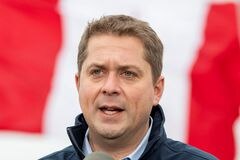