Quest University, a private postsecondary institution in Squamish, is considering selling land among other options as it seeks to fend off financial challenges that led a B.C. Supreme Court justice to this week approve an interim financing plan.

On Monday, as dozens of Quest students looked on, Justice Shelley Fitzpatrick approved the university’s bid to secure a $5-million loan from a capital-management company and gave it until May. 29 to figure out what to do next.

A bankruptcy analysis prepared for the court by PricewaterhouseCoopers and filed on Friday says Quest has not generated sufficient revenue from its school operations to cover operating costs since it opened in 2007. Operating deficits have been funded from donations or loans from organizations such as the Vanchorverve Foundation.

By Dec. 31, Quest had accumulated a total debt of nearly $29-million. According to court documents, $23.4-million in secured debt has come due.

“We’re focused on finding stable and long-term solutions for our remarkable university," Quest president George Iwama said in a statement after the ruling. “The judge clearly agreed that we should have every opportunity to do that.”

In a recent statement, Quest said it is considering sales of some of its “considerable” land assets, sharing space or finding an appropriate partner to support it.

So many Quest students were crowded into the courtroom that some sat in the jury box. Justice Fitzpatrick encouraged a few to sit in the prisoner’s dock. “I promise I won’t send them to jail,” she said.

Quest, founded 13 years ago with 73 students, now has about 500 students and 700 alumni and offers a solely undergraduate program of studies, with no conventional departments or majors, but rather the opportunity for students to pursue studies from various disciplines.

The university has 115 faculty and staff in Squamish, according to court documents.

The school, whose founders include former University of British Columbia president David Strangway, is a private, non-profit operation that receives no funding from the B.C. government. Tuition payments, according to court documents, account for 78 per cent of revenue and Quest relies on charitable donations and loan funding to meet its operating expenses.

The Vanchorverve Foundation, which is Quest’s largest lender, wanted the university to secure a loan from Burley Capital Inc. and was asking the court to replace four of Quest’s board members as part of an effort the school opposed.

Justice Fitzpatrick backed Quest’s position, but did not give reasons for her decision. She said she would release those later.

Quest previously sought and secured approval under the federal Companies Creditors Arrangement Act as it sought court-mandated protection from creditors.

On Monday, Nate McCarthy, president of the Quest University Students Association, said it was too soon to say if the university has been saved. “I think that remains to be seen. I like to think so," he said in an interview.

He said students attended the hearing to show solidarity with the university. “We were not willing to budge on ruining our board of governors,” said the fourth-year, who is studying corporate finance and urban geography.

In a statement issued Tuesday, the B.C. Ministry of Advanced Education said its staff are maintaining regular contact with Quest University and continue to closely monitor the university’s financial situation.

“Our number one priority is to ensure that students are protected in the event that Quest cannot continue its operations,” said the statement, issued by Jennifer Fernandes.

The statement also said the ministry has financial security in place for student protection in the event of closure. “The security is used to refund student tuition deposits and tuition or to make alternate education arrangements in the event an institution closes before the end of the term,” it read.

Quest also has transfer arrangements with other universities in B.C., which would enable students to transfer some or all of the Quest course credits to another university in order for students to complete their degree, according to the statement. 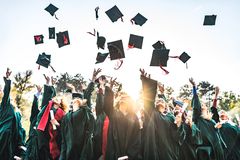 Why there are only a few private universities in Canada
November 2, 2018 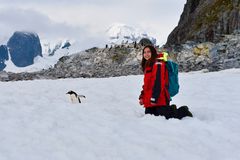 Investigation
Inside the charity network that has helped wealthy donors get big tax breaks – and their donations back
Subscriber content
October 25, 2018 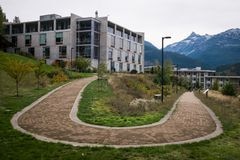