British Columbia’s highest court has concluded the province’s proposal to limit the amount of heavy oil flowing west to the ocean would be unconstitutional because only Ottawa has such oversight of the federally owned and regulated Trans Mountain pipeline.

Friday morning’s unanimous decision by five justices of the provincial Court of Appeal bolsters Alberta’s efforts to ensure the Trans Mountain pipeline expansion (TMX) gets built. However, B.C. responded to the decision almost immediately to confirm it will appeal to the Supreme Court of Canada (SCC) – a process that could extend the pitched legal battle beyond the federal election and into next year.

The justices stated all governments can – and must – play a role in protecting the environment, but B.C.'s proposed amendments to its Environmental Management Act threatened to usurp the role of the National Energy Board, which had already “made many rulings and imposed many [environmental] conditions" as the body at the centre of the complex federal regulatory regime of such “interprovincial undertakings."

The judges said B.C.'s plan was not a “smokescreen” aimed at directly stopping the expansion of Trans Mountain, which runs from the Edmonton area to Metro Vancouver and was bought last year by the federal Liberal government from Kinder Morgan for $4.5-billion. But they did note “its sole effect is to set conditions for, and if necessary prohibit, the possession and control of increased volumes of heavy oil in the province,” which currently flows almost exclusively through the pipeline.

An hour after the judgment was published, B.C. Attorney-General David Eby told reporters that the province will appeal to the SCC, but did not elaborate on any other legal tools it may use.

“Our government said from the outset that we would stand up for British Columbia’s environment, our economy and our coast,” he said, adding that thousands of jobs and billions of dollars in economic activity would be at risk in the event of a marine oil spill.

Alberta Premier Jason Kenney lauded the decision and said he is looking forward to working with B.C. and Ottawa to help get his province’s pipelines built.

“This is a huge victory for Alberta, for the rule of law, and a significant defeat for the forces of obstruction that are trying to land lock our energy,” Mr. Kenney said from Toronto on Friday in a video posted to social media.

The federal government also welcomed the Court of Appeal decision, while noting it is moving forward on Indigenous consultations for the Trans Mountain pipeline expansion. Natural Resources Minister Amarjeet Sohi has indicated the government intends to make a decision on whether to reapprove the pipeline project by June 18. It is widely expected to give the green light after spending $4.5-billion last year to purchase the existing pipeline in order to ensure the expansion project gets built.

“It is a core responsibility of the federal government to help get Canada’s natural resources to market and support good, middle class jobs, but we know that is only possible when we earn public trust by addressing environmental, Indigenous peoples’ and local concerns,” Mr. Sohi’s press secretary, Vanessa Adams, said in an e-mailed statement.

Jason Alsop, president of the Haida Nation, said his community is disappointed that the court failed to acknowledge their and the Heiltsuk Nation’s arguments in opposition to the project.

“It shows a lack of understanding or unwillingness for the courts to really recognize Indigenous jurisdiction over our territories,” he said in a telephone interview from the Haida community of Skidegate.

He said no decision has been made on whether to seek intervenor status when the case moves to the Supreme Court of Canada, noting that the legal costs are significant.

Lawyers for the environmental legal charity Ecojustice, an intervenor in the case, expressed disappointment in the decision.

“Today’s court decision … leaves B.C., its communities and environment exposed to a potentially disastrous oil spill,” said Kegan Pepper-Smith, who represented Ecojustice in the hearing. “The issue at the heart of this case goes far beyond a single pipeline project.​”​

B.C. had argued that the provinces have direct ownership and legislative jurisdiction over the environment, including the lands, waters, plants and wildlife that can be damaged by a spill of heavy oil. The province – where the tripling of the capacity of the pipeline has triggered mass protests in recent years – had told the court that the risks posed by such an environmental incident "are too serious, too pervasive and too interrelated with provincial responsibilities to be of exclusively federal concern.”

B.C. was seeking judicial approval of draft regulations allowing it to limit any increase of heavy oil being transported through the province, whether by pipeline, rail or highway. Under this plan, a provincial public servant would be in charge of imposing conditions on a hazardous substance permit and cancel or suspend the permit if the company did not comply.

The court said this regulatory scheme was unconstitutional because it threatens the viability of Trans Mountain’s expansion.

“The ‘default’ position of the law is to prohibit the possession of all heavy oil in the province above the substance threshold – an immediate and existential threat to a federal undertaking [Trans Mountain] that is being expanded specifically to increase the amount of oil being transported through British Columbia," the decision states.

The B.C. NDP government’s leader campaigned in the 2017 provincial election on promising to “use every tool in our toolbox" to stop the Trans Mountain expansion.

The judges said the political bluster from Premier John Horgan and others in the B.C. government leading up to the case was irrelevant, but the massive public interest in the project and the discussion it created were considered by the court.

Friday’s decision could be a factor in numerous Lower Mainland and Vancouver Island ridings during October’s federal election.

B.C. sparked a trade spat with Alberta last year when Mr. Horgan first floated its proposal to restrict the flow of more diluted bitumen into the province. Alberta’s then-premier Rachel Notley banned B.C. wines and introduced “turn-off-the-taps” legislation to enable the province to restrict oil exports. The hostilities between the two NDP premiers cooled when B.C. asked the provincial Court of Appeal to weigh in on its new environmental plan. 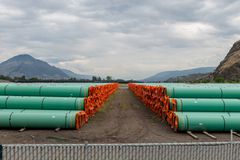 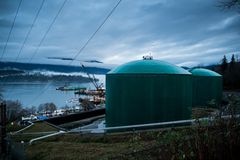 Follow Mike Hager, Justine Hunter, Shawn McCarthy and James Keller on Twitter @MikePHager @justine_hunter @smccarthy55 @byjameskeller
Report an error Editorial code of conduct
Due to technical reasons, we have temporarily removed commenting from our articles. We hope to have this fixed soon. Thank you for your patience. If you are looking to give feedback on our new site, please send it along to feedback@globeandmail.com. If you want to write a letter to the editor, please forward to letters@globeandmail.com.
Comments