Vancouver father Adrian Crook has won a legal battle over whether his children could take a city bus on their own, after B.C.‘s Court of Appeal found the province overstepped its authority when it ordered him to supervise his young children on public transit.

The July 6 decision overturns a 2019 Supreme Court of B.C. ruling that upheld provincial recommendations that Mr. Crook’s children under 10 were not to ride the bus on their own or be left unsupervised.

“It’s a big relief, but also discouraging that it took so long,” Mr. Crook said on Tuesday.

The decision means that his youngest children – now 11, 10 and eight – will be able to take the bus to school on their own if that works for the family, he said.

“So it’s really down to what it should be – which is my perspective on whether or not they are mature enough to do the bus ride that particular day,” he said.

The case dates back to 2017, when the children were 10, nine, eight, seven and five years old.

Mr. Crook, who writes about parenting and urban living in his blog, 5 Kids 1 Condo, had been teaching his four oldest children to take a city bus to and from their school for the previous two years.

In March, 2017, according to the lower court ruling, the Ministry received a report that the “children were possibly in need of protection because they were riding public transit … without adult supervision.”

That report resulted in an investigation and a letter from province’s Ministry of Children and Family Development to Mr. Crook that children younger than 10 could not be unsupervised “in the community, at home, or on transit,” and that a child under 12 cannot be responsible for younger kids when no adult is present.

Mr. Crook went public, posting about the issue on his blog, and then to court, with the help of a GoFundMe campaign to cover legal costs.

The issue touched a nerve with parents and resulted in discussions over parenting, children’s safety and whether age was the best guideline to determine how much independence a child should have.

In November, 2019, the Supreme Court of B.C. upheld the provincial decision requiring children be supervised on the bus. Mr. Crook appealed. The Appeal Court found in his favour, saying the province had overstepped its authority.

“In this case, it appears that the Director assumed that the appellant had agreed to supervise his children on the bus as the social workers had ‘recommended,‘” the decision says.

“However, the record shows that the appellant’s agreement was only given on an interim, not an ongoing basis. Despite that, the Director closed the file. Given that the Director did not consider the appellant’s children to be in need of protection and took no further steps, her delegates had no authority to require the appellant to supervise his children on the bus (or elsewhere). It follows that this purported exercise of statutory power was unreasonable.”

B.C.‘s Ministry of Children and Family Development said it was reviewing the decision.

In an e-mailed statement, the ministry said it supports building independence in children and would be comfortable with children riding the bus alone if they are capable of doing so safely.

The statement also noted that the ministry is required by legislation to assess any child protection concern.

“Hopefully, parents will have more confidence in making decisions,” Ms. Ward said, adding that the current system creates a power imbalance between the state and parents, with few parents having the time, energy or resources to push back.

A lesson from the very young: Why Raffi could be what the world needs right now
August 24, 2020 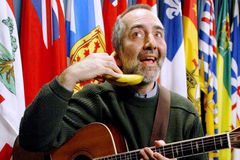