Families with loved ones addicted to illicit drugs struggle to navigate British Columbia’s health-care system and are often prohibited from being involved in care because of privacy and confidentiality policies, says a woman who tried to help her daughter before she died.

Deb Bailey said her 21-year-old daughter, Ola Bailey, was found dead in the stairwell of a building in Vancouver’s Downtown Eastside in 2015, after overdosing on heroin laced with fentanyl.

Bailey said her daughter had been prescribed suboxone to treat an addiction but a doctor refused to allow her and her husband to pick it up at a pharmacy. Instead, “Izzy,” as she was known, was forced to make daily trips there so someone could witness her taking the medication.

“Where there’s a family that’s acting like as a team like we were with my daughter, we need to be included instead of shut out,” Bailey said Wednesday. “My daughter said to the addictions physician: ‘But I do much better with my parents’ help.’ He wouldn’t let us help.

Bailey said when she offered the doctor a specialist’s report about her daughter’s challenges he wouldn’t take it, saying his patient needed to provide written consent, which she later gave him. However, she said the physician refused to take it unless he saw his patient sign it.

As a member of the advocacy group Moms Stop the Harm, Bailey is among individuals and parents in six organizations involved in a report released Wednesday by the Network of Family Members and Caregivers, which works with the BC Centre on Substance Use.

The report makes several recommendations on the need for timely treatment and calls on the Ministry of Mental Health and Addictions to address policies that prevent families from being allies in a loved one’s treatment.

The report says family support groups are needed across B.C., along with a handbook for those whose loved ones have fatally overdosed. It says that so far, there’s a non-existent continuum of care and a lack of online information about available treatment options.

Judy Darcy, the Minister of Mental Health and Addictions, said Wednesday that she’s been consulting with families on the government’s overdose response “and involving them at every level.”

“I have met with literally dozens of families who’ve lost loved ones to overdose since I was appointed last summer and we are involving them,” she said.

Bailey said she and other families met with Darcy last week, but such meetings have been ongoing in various parts of the province without much action.

“I did wonder why we’re having a family meeting at this late date,” she said. “The stories are obviously very painful and I’m not sure she’s hearing anything new.”

Bailey said families are calling for early intervention and secure settings for mentally ill adolescents and young adults so they can be stabilized after being discharged from psychiatric facilities to prevent them from going back to using drugs.

“We need action because we haven’t made a dent in this crisis yet,” she said of the overdose death toll in B.C., which was declared a public health emergency in 2016 and last year claimed 1,446 lives.

Leslie McBain, who advocates for families at the BC Centre on Substance Use, also said it’s time for the government to stop consultations with families and start helping people in desperate need.

“How much consultation do we actually need?” said McBain, whose family doctor also excluded her from her 25-year-old son’s care before he died of an overdose of opioids that were prescribed to him for a back injury.

“My son asked me to go with him to the doctor and the doctor said, ‘I don’t need a social worker in here.’ My son did not live long enough for me to fight the system.”

Dr. Evan Wood, director of the BC Centre on Substance Use, said families are most affected when a loved one suffers from an addiction so they must be a focus of the response to the crisis.

“What it has really done is pulled back the curtain to show that substance use and addiction care has just been neglected for so long and where families have been on the outside looking in.” 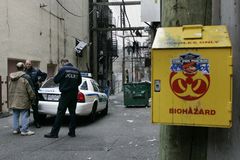 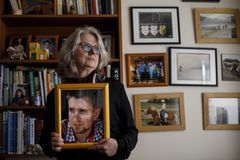 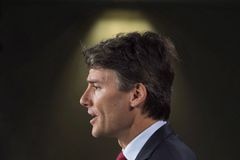