B.C.'s Finance Minister says there will be no quick fixes in this week’s budget to such big files as affordable child care that many expected the NDP government would briskly improve.

In an interview, Carole James said the budget would offer gradual spending on the files that are part of the government’s agenda to make life more affordable for British Columbians.

“Can we fix all the challenges left to us overnight?" Ms. James said, referring to the previous Liberal government. "No, but that doesn’t mean we shouldn’t get started,” she said.

She said the NDP in its last budget committed spending to health care and education as part of 10-year plans.

Last year’s $54-billion balanced budget included a new 1.95-per-cent employer payroll tax and what the NDP called a speculation and vacancy tax for some property owners. It also promised big spending in child care – $1-billion over three years – including the creation of more spaces and two new programs to subsidize daycare costs.

An official with the Canadian Centre for Policy Alternatives, a non-partisan think tank, says the government needs to urgently deal with crises in such areas as homelessness, drug overdoses and a lack of access to child care that complicates the efforts of parents to find work.

Iglika Ivanova, senior economist with the centre, said concerted action on these issues is necessary. “These aren’t [issues] we address when we have some extra money on the side.”

But Jock Finlayson, executive vice-president of the Business Council of B.C., said he expects government will act within the confines of a barely balanced budget focusing on social, Indigenous and environmental priorities. Any actions, on child care, he said, will fall short of the government’s past commitment to $10-a-day daycare.

“There’s not a lot of flexibility,” Mr. Finlayson said in an interview. “If they’re not going to run deficits – and I don’t believe this government wants to run operating deficits – then it really raises the question of how fast and how big can they go on the social-spending side.”

Ms. James declined to confirm if the budget will be balanced or discuss any tax measures in the budget.

She did say there will be focused attention in the budget on the CleanBC plan aimed at reducing the province’s greenhouse gases.

CleanBC, unveiled last December, promises rebates for retrofitting homes and buying zero-emission vehicles along with tax credits for low-income families and industries that reduce greenhouse-gas emissions. It will require the expansion of infrastructure, ranging from transmission lines for industry to charging stations for electric vehicles.

“I can’t give you the details, obviously, but it will be a major priority,” Ms. James said.

The Finance Minister said it was up to the B.C. Green Party to say whether they would support the budget. The NDP, which came to power in 2017 after 16 years of BC Liberal government, is being sustained in confidence votes by the three BC Green caucus members.

Ms. James said the Greens can speak for themselves but noted there are issues in the budget central to the written agreement facilitating Green support for the NDP.

“We have worked very closely on those pieces,” she said.

A statement issued Friday by the BC Green caucus said the party has had an opportunity, under its Confidence and Supply Agreement with the NDP to be consulted on budget priorities and has given government feedback they cannot discuss due to budget confidentiality.

They noted their work on CleanBC and suggested the budget should deal with the program.

“As an all-of-government economic vision, every area of investment should be consistent with the CleanBC plan. CleanBC is also about championing innovation – we think this is a critical area for government to be making investments,” said the statement. 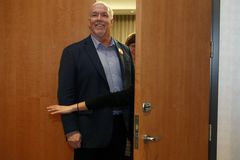 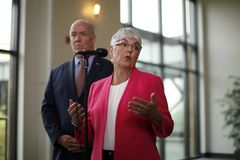 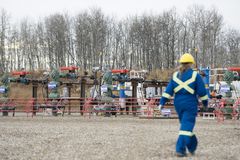