They are not necessarily poor. They do not especially cleave to any code based on ethnicity and socioeconomic status. Instead, gang experts in British Columbia say, the youth involved in shootings and the drug trade are different in this province.

A wave of gun violence in Toronto has drawn comparisons with B.C., where for years police have grappled with gang-related shootings. But while the violence and the public outcry are similar, B.C. police say the people who commit the crimes are not.

“What is unique to B.C. is that gang members come from many different social, economic and ethnic backgrounds,” Sergeant Brenda Winpenny, spokeswoman for B.C.’s Combined Forces Special Enforcement Unit, said on Friday in an e-mail.

“Gangs are fueled by greed and the lure of material possessions mixed with the sense of adventure,” Sgt. Winpenny added.

Her comments echoed conclusions of the Mayor’s Task Force on Gang Violence Prevention produced for Surrey, B.C., to address concerns over multiple gang-related deaths and shootings there. The final report, released on July 3, said B.C.’s gang landscape “seems to be unlike other areas” and that gang members tend to come from a broader range of backgrounds than in some other jurisdictions.

“Youth in B.C. gangs appear to come from a mix of affluent, middle-class and low-income homes. This is unlike gangs in other areas, such as the United States or other parts of Canada,” the report said.

Gangs today tend to be mobile, built through social connections and focused on commodities, such as illicit drugs, Ms. Prowse said.

“Since the early 1990s, what we’ve seen with gangs is that they are more based on personal networks,” she said.

Such “new-age” gangs may be mobilized through workplaces or other connections and take in people of various ages, ethnicities and socioeconomic backgrounds, as seen in B.C.

The opportunity to make extraordinary amounts of money quickly draws in others, including young people, said Ms. Prowse, who was a keynote speaker at the federal government’s Summit on Gun and Gang Violence in March.

Surrey officials this week said children as young as 10 are being recruited into criminal gangs.

Children may be asked to drive stolen cars, pick up or deliver illicit drugs or keep watch, Ms. Prowse said. If caught, they face lower sentences in the youth justice system than an older gang member would.

Over time, children may join the gangs, but in early stages, they are kept at a distance, which reduces the likelihood they will disclose information to police if arrested.

“For the most part, they [children] are just commodities, they are one-offs – they are known through the network … they are used for one-time purposes to do certain specific things,” Ms. Prowse said.

Former gang member Jordan Buna, who grew up in Surrey and now works with police in anti-gang education, said he has noticed the age shift.

The difference between some B.C. gangs and those elsewhere, including in the United States, he said, is that traditional risk factors for gang involvement used to be living in a low-income neighbourhood or growing up among family members who were involved in criminal activity.

“It’s not any wonder why any kid growing up in absolute poverty somewhere sees drug dealing, sees gang activity as a remedy for things they haven’t had in their life,” Mr. Buna said.

He said it is now easier to get into the drug trade: “And that just seems to have brought more and more kids into it.”

Increasingly, prevention efforts in B.C. are focusing on children who may be vulnerable to such activity.

In a joint letter to parents at the end of the school year, the Surrey School district and RCMP told parents about recreational programs available over the summer and urged them to be “invested and involved” in their children’s lives.

“Know their friends, be a positive role model, and fill their time with positive activities,” the June 28 letter said.

It also listed warning signs that children may be involved in or at risk of becoming involved in gang or drug activity, including sudden changes in behaviour, having multiple cell phones or large amounts of small-denomination cash, as well as being secretive about their friends or activities.

B.C.’s Combined Forces Special Enforcement Unit – an anti-gang agency made up of members from every police department in the province, including the RCMP – runs several gang-awareness programs and uses social media for the same purpose. 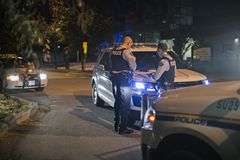 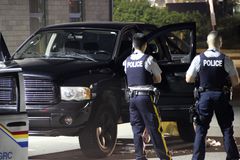