British Columbia’s Green Party has revealed it once hired a Victoria-based technology firm that is now mired in allegations it misused data and attempted to influence elections across the globe, but the political party says it has no reason to believe any of its information was improperly utilized.

The party, which currently holds the balance of power in the B.C. Legislature, announced on Thursday it had conducted a review of its relationship with AggregateIQ.

Christopher Wylie, the Canadian whistle-blower who helped launch AggregateIQ, told a British House of Commons committee this week that the firm developed a software program he alleges misused Facebook data during the U.S. presidential campaign. Mr. Wylie has also accused the company of intervening in the Brexit vote.

Information commissioners in both Britain and British Columbia announced investigations last year into AggregateIQ’s work on the Brexit campaign.

AggregateIQ has said it operates within all legal and regulatory requirements in the jurisdictions in which it works. It said it has never knowingly been involved in any illegal activity.

The BC Greens said AggregateIQ started work on a new voter contact database and website for the party in January, 2016. But the party said it ended the relationship in August of that year because the project was moving too slowly.

The party said there is no evidence to suggest any of its data was misused, but it grew concerned by recent media reports involving the firm and wanted to be transparent about having conducted the review.

“It’s really important, particularly as technology changes and the use of information develops, that people feel they can trust who has access to their personal information,” Stefan Jonsson, a party spokesperson, said in an interview.

“And we hope that, in addition to doing what we believe is the right thing by disclosing, that it’s a demonstration of the fact that people can trust us and we have their interests, their confidentiality and privacy, at the heart of everything we do.”

The party said AggregateIQ was given access to its voter database under a non-disclosure agreement. It said the agreement bound AggregateIQ to keep party data private and to delete those data at the end of the relationship.

The party said it did not have any concerns about the security and integrity of the data over the course of the relationship.

As part of the week-long review, the party said it examined documents and correspondence involving AggregateIQ and consulted with the province’s Information Commissioner.

It said it requested and received written confirmation from AggregateIQ that all BC Green Party data had been destroyed in August, 2016. Mr. Jonsson said that request was made on the advice of the information commissioner’s office.

“We followed exactly what the privacy commissioner suggested, which was to ask [AggregateIQ] to confirm in writing,” he said.

A spokesperson for B.C.’s Information and Privacy Commissioner said the office could not comment on the specifics of its consultation with the Greens. The spokesperson also did not answer questions involving AggregateIQ, saying it is an active file.

Calls to the AggregateIQ office went unanswered on Thursday and a spokesperson did not respond to an e-mail requesting comment.

In an interview, BC NDP provincial director Raj Sihota said the party has not worked with AggregateIQ.

In a statement, a spokesperson for the BC Liberals said the party had never contracted AggregateIQ and had no plans to do. The spokesperson said three candidates in the last provincial election campaign did use AggregateIQ for basic social-media services.

AggregateIQ also worked on Todd Stone’s recent campaign to lead the BC Liberals. Mr. Stone lost more than 1,300 new memberships connected to AggregateIQ ahead of the convention when the party discovered irregularities involving e-mail addresses. 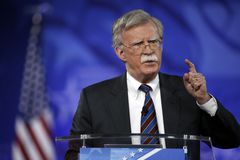 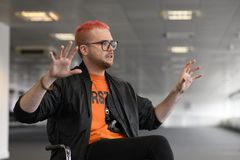