Health officials in British Columbia are welcoming federal changes to prescribing and administering pharmaceutical-grade heroin but say barriers still remain to accessing the last-resort treatment option, which only about 100 Canadians currently receive.

Federal Health Minister Ginette Petitpas Taylor on Monday announced regulatory changes that mean heroin, which can currently only be legally administered in a hospital setting, can soon be prescribed and administered by physicians and nurse practitioners at other treatment facilities, such as substance use disorder clinics.

Scott MacDonald is the lead physician at Vancouver’s Crosstown Clinic, the only facility in North America to provide pharmaceutical-grade heroin (diacetylmorphine). He described Monday’s announcement as good, but modest.

He noted the drug is only manufactured in Europe, for example, and can only be bulk-imported in public-health emergencies. Licensing heroin as a medication for substance use disorder and assigning it a Drug Identification Number, signalling it can be marketed in Canada, would be significant progress, Dr. MacDonald said.

“There are so many people dying from illicit drug overdoses that are outside of care,” Dr. MacDonald said. “We need to switch from expecting people to come to care to attracting them into care. We need every kit in the toolkit to do that.”

During the announcement, Ms. Petitpas Taylor spoke of meeting a woman last year in Vancouver on heroin-assisted treatment who said it had turned her life around.

“These types of [replacement therapies] are not the solution for everyone, but for some individuals, we can certainly see that they’re effective,” Ms. Petitpas Taylor said in Ottawa. “We want to make sure we remove all barriers so that they can get the services that they need.”

Currently, 130 people are on injectable therapies at the Crosstown Clinic, including 102 on heroin. Previous research has identified about 500 people in the area who could benefit from heroin-assisted treatment; Crosstown currently has a waiting list of nearly 300 people.

At Crosstown, patients visit the clinic two or three times a day, engage with physicians and are monitored when they inject heroin with sterile supplies. Research has shown this treatment reduces illicit drug use, criminal activity, incarceration and mortality.

B.C. issued new guides last fall on injectable therapies for opioid use disorder, with a focus on hydromorphone, an opioid that has been shown to produce similar effects to heroin. Research has shown that injectables can be more effective in retaining individuals who do not benefit from methadone and bureprenorphine-naloxone (Suboxone), which are taken orally.

“At this point, our plan is to expand [injectable] hydromorphone,” Dr. Daly said. “But we know that individual patients may respond better to one medication versus another, so we don’t just want to have to have a couple of options. We want to have all the treatment options as widely available as possible.”

Suboxone is the recommended first-line treatment for opioid use disorder due to its strong safety profile, but Dr. Daly notes there are people who benefit most from methadone.

“This will certainly remove a barrier,” she said. “We hope it will lead to more doctors being willing to prescribe methadone.”

Since B.C.’s new opioid-use disorder treatment guidelines came into effect this past June, the number of physicians prescribing opioid-replacement therapies has climbed to 1,365 from 853 – about a 60 per cent increase. The number of patients receiving treatment increased to 27,500 from 22,700. 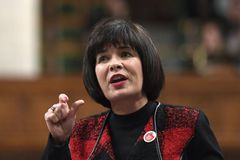 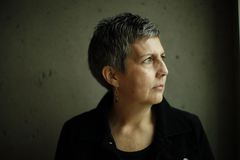 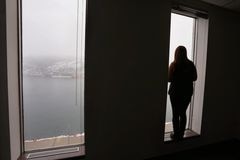